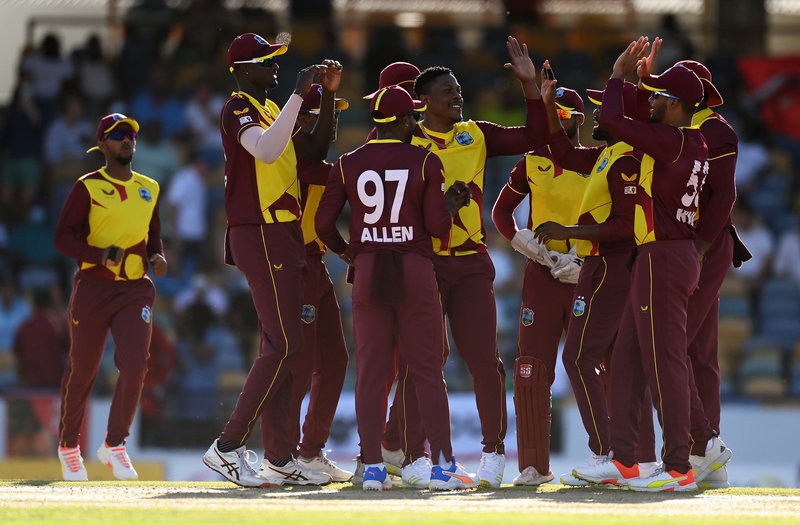 West Indies made the perfect start to the T20 format in 2022 as they romped to a commanding victory over England on Saturday in the first Betway T20I. The atmosphere at the historic Kensington Oval was fever pitched as close to 6,000 fans marked the return of spectators in spectacular Caribbean-styled fashion. The star performers which propelled West Indies to this 1-0 lead in this five-match Betway T20I Series were: new ball bowler Jason Holder with his career-best T20I bowling figures of 3.4-1-7-4 and opening batsman Brandon King’s second T20I half-century – a chanceless unbeaten 52 from 49 balls, decorated with four boundaries and a six. 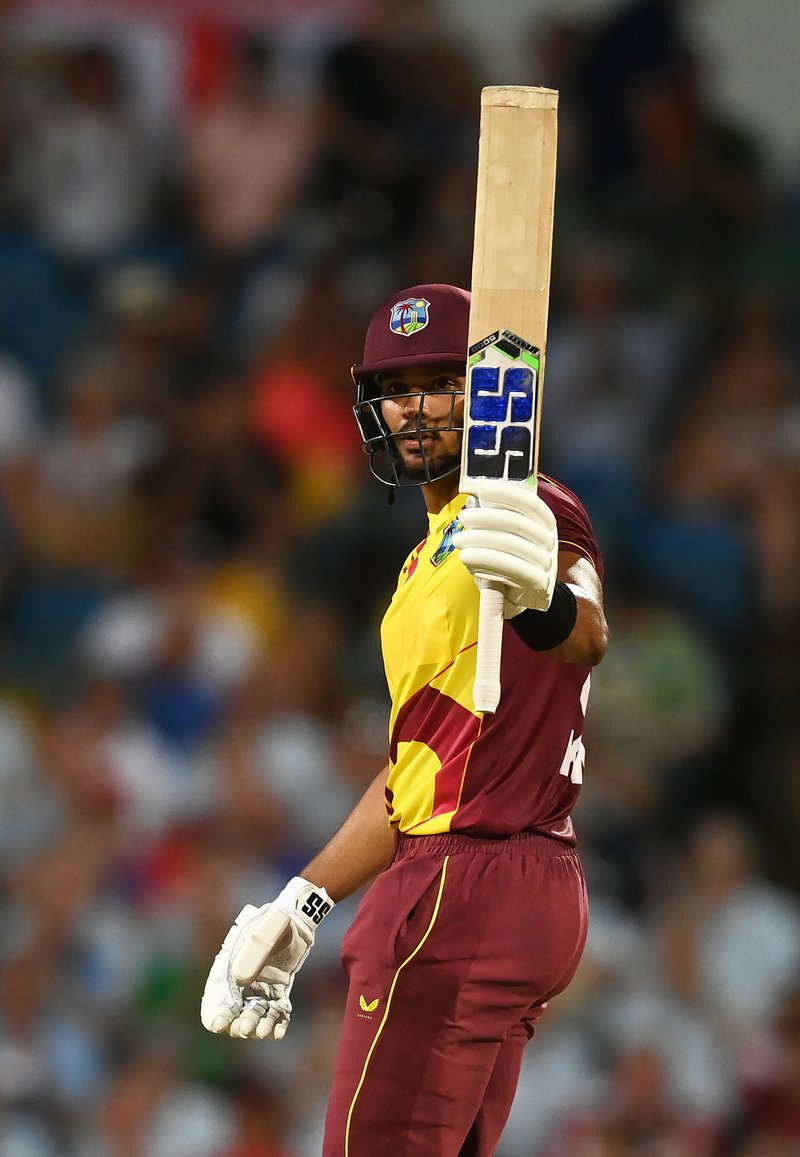 West Indies captain Kieron Pollard won the toss and chose to after field and was backed up by his men superbly with the ball, restricting the English 26-4 in the Powerplay. Sheldon Cottrell with 2-30 off four overs began the collapse with the wicket of Jason Roy in the first over comprehensively bowled. Holder then claimed Tom Banton and Moeen Ali in successive deliveries to send the home fans into a frenzy. England were reduced to 26-4 at the end of the first power-play.

"When England turn up to the West Indies, West Indies turn up to play. And that's certainly been the case this evening." - @markbutcher72
#WIvENG #IzWIVibes pic.twitter.com/fdbrUBB5cC

They seemed to be heading towards a record low at 49-7 in the 12th over but Barbados-born all-rounder Chris Jordan hit three sixes in 28 off 23 balls while Adil Rashid chipped in with an 23 off 18 balls to get the innings into triple figures. Holder return to end the innings as he had Sadiq Mahmood who hoisted an attempted pull into the safe hands of Fabian Allen and then cleaned up Rashid with a full length delivery which sent the middle stump cartwheeling..

Reflecting on the victory, West Indies captain Kieron Pollard said: “That’s the blueprint we ask guys to put up. Really happy for the guys. To come out and win a match isn’t easy, to see the young guys come out and finish it off was fantastic. Sheldon coming back in, Jason showed his quality. These two bowlers were phenomenal, and then backing it up in the field. Sometimes when you get four wickets early guys can relax, but they know the importance of sticking to plans. This is just the first of five, but winning games isn’t easy at all. Brandon King did well in Pakistan, and being able to finish the game is something we're trying to inculcate.”

Speaking after being named the Betway Player-of-the-Match, Holder said: “I was happy to see the ball go through the way it did. In the Caribbean these days, sometimes you struggle to see the ball go through like that. We had a really perfect day to be honest. It’s not much I can really pinpoint that we did wrong. The challenge is being consistent and repeating it tomorrow.” 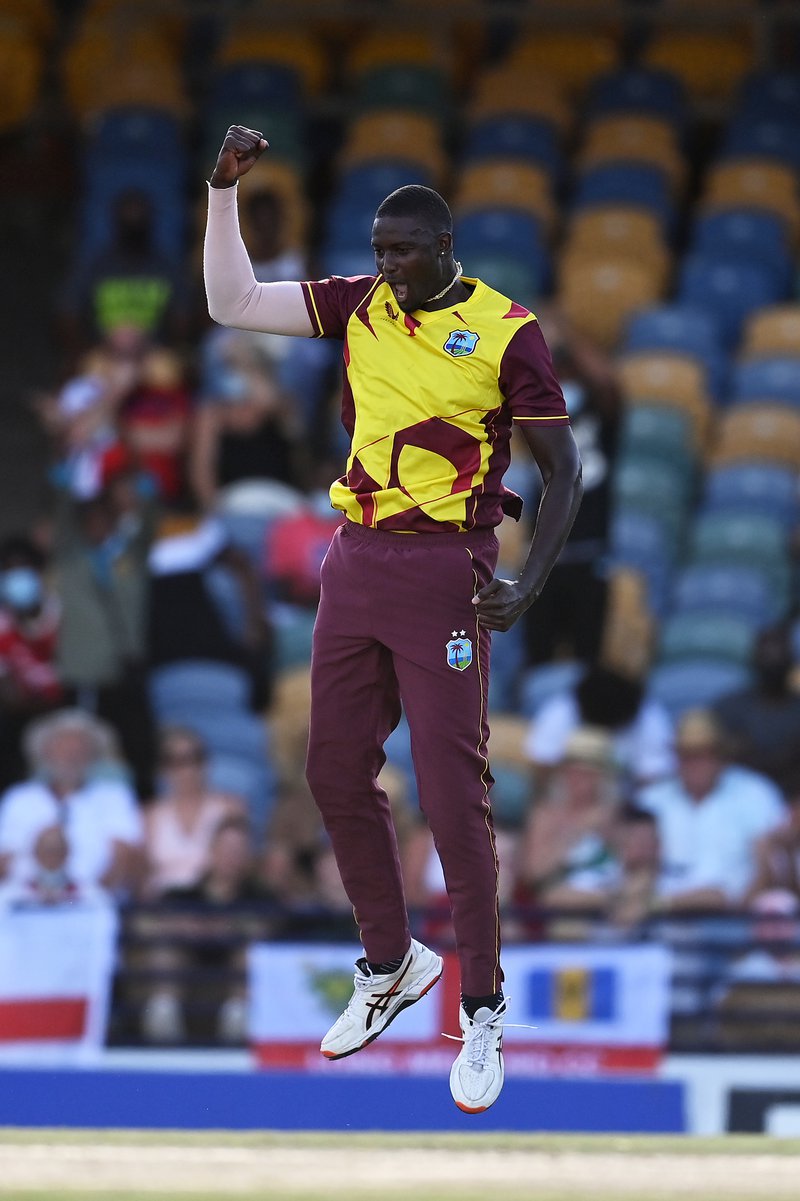 Facing a target of less than six runs per over run chase under lights, West Indies were guided by King, the right-hander posting 52 for the first wicket with Shai Hope and a further 52 in an unbroken second wicket stand with Nicholas Pooran. The fluent King struck four fours and a six, reaching his second T20I half-century in the 17th over with a single down the ground off new-ball pacer Saqib Mahmood. Hope was drawn from his crease and stumped off leg-spinner Rashid in the 10th over but Pooran arrived to crack two fours in a measured 29-ball knock to help King see the victory through.

The two teams meet again on Sunday in the second match of the Betway T20 Series at the same venue where another large turnout is expected. First ball is 4pm (3pm Jamaica Time).