JOHANNESBURG, South Africa – West Indies Women opened their tour on winning note when they defeated South Africa Women XI by 53 runs in a practice match at the Imperial Wanderers Stadium in Johannesburg. The South Africa XI were bowled out for 149 to give West Indies victory by 53 runs.

Winning the toss and electing to bat, West Indies Women posted 202 all out from 46.5 overs. In only her second tour back from injury, Shemaine Campbelle played a mature innings which saw her strike five fours on her way to a top-score of 42 from 48 deliveries. 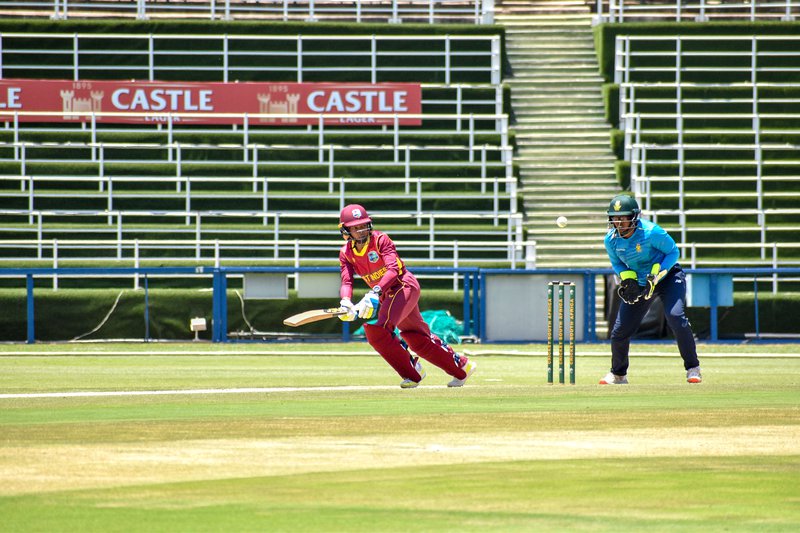 While Rashada Williams played a cautious 30-run innings after her opening partner Deandra Dottin was bowled by Shabmin Ismail for four. Kycia Knight played a crucial role with 21 from 35 deliveries while skipper Stafanie Taylor added 23 from 27.

Some late innings blows came from Chinelle Henry who struck 22 off 16 deliveries which included three fours and a six. Nadine de Klerk was the best South African bowler, finishing with figures of 7-0-27-3 and Tumi Sekhukhune had 5-1-20-2.

The South African XI started their run-chase strongly with Tazmin Brits and Andrie Steyn taking on the opening bowling pair of Chinelle Henry and Aaliyah Alleyne. The pair raced to 50 runs in 8.6 overs. But a bowling change caused a batting collapse, as the hosts lost four wickets in the space of six overs for 22 runs. Cherry Ann Fraser and Jannellia Glasgow accounted for the wickets and the Maroon Warriors took control of the game.

Shamilia Connell then effected a run-out with a direct hit to send Masabata Klaas back to the dugout. Then in her first delivery Connell trapped de Klerk LBW before wrapping up the innings when she had Nonkululeko Mlaba caught in the deep.

West Indies will return to the Imperial Wanderers Stadium on Friday January 28 for the first of four One Day Internationals against South Africa Women. It is a day/night fixture with first ball at 2pm (8am Eastern Caribbean/7am Jamaica).