Roston Chase believes West Indies can excel in the three-Test series against England, as they aim to retain the Wisden Trophy they won at home last year. The allrounder said the players needed to back their ability and adopt the right mentality. The 28-year-old himself said he’s looking for “at least one century” and when the series gets going behind closed door on July 4. 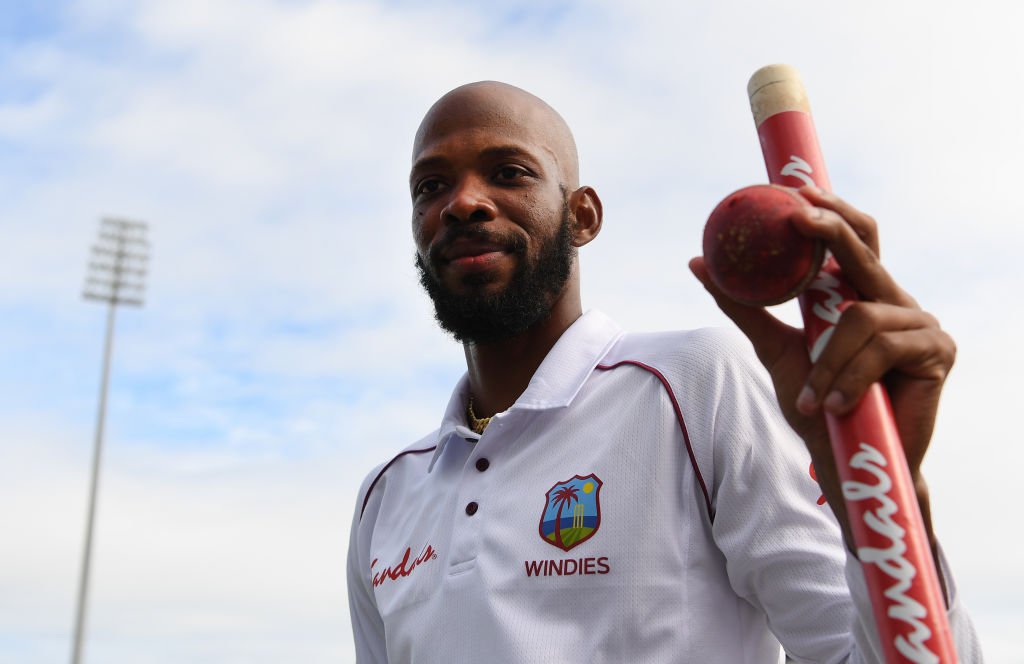 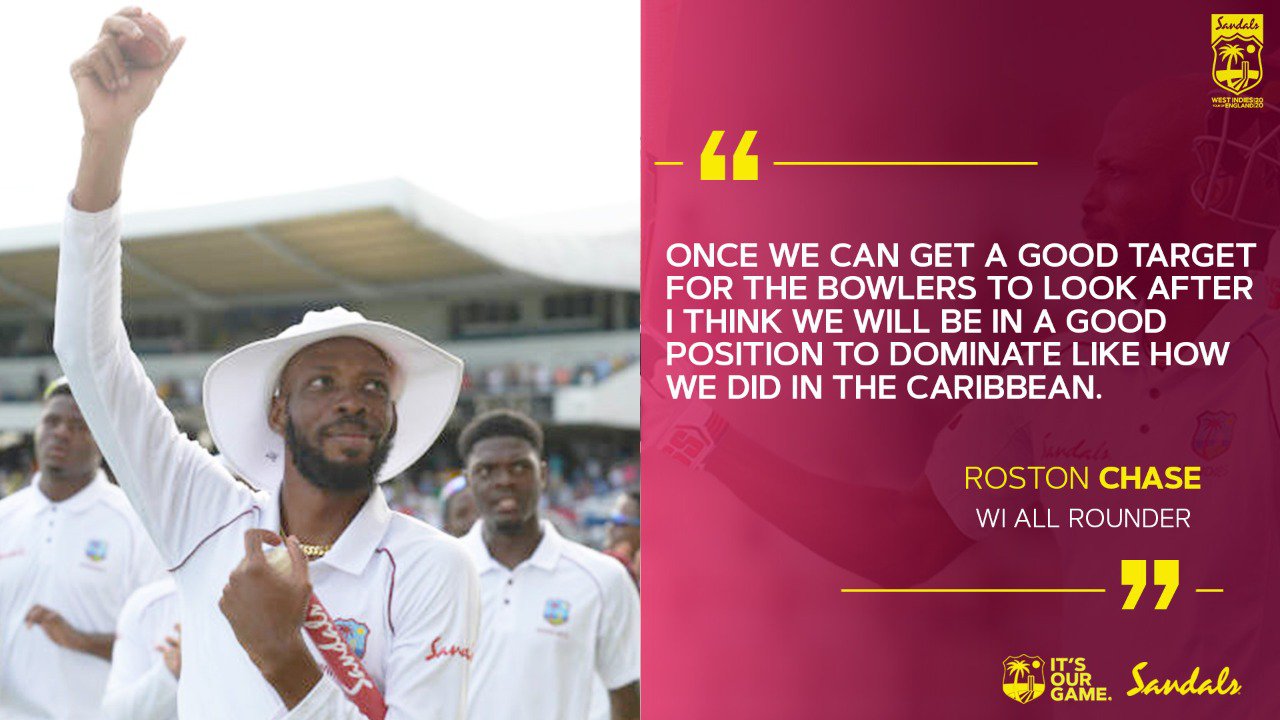 He was speaking to members of the media via Zoom link from Emirates Old Trafford where they are based for the Sandals West Indies Tour of England.

“I’ve always wanted to score a century in England. I’ve scored a century against England in the Caribbean, but I would love to get one in England. When you score hundreds in England as a batsman, I think people take you more seriously and rate you a bit higher … so I would like to get a century. But I’m just looking to have a good series with the bat scoring as much runs as possible, but I would not be happy if I don’t get at least one century.” 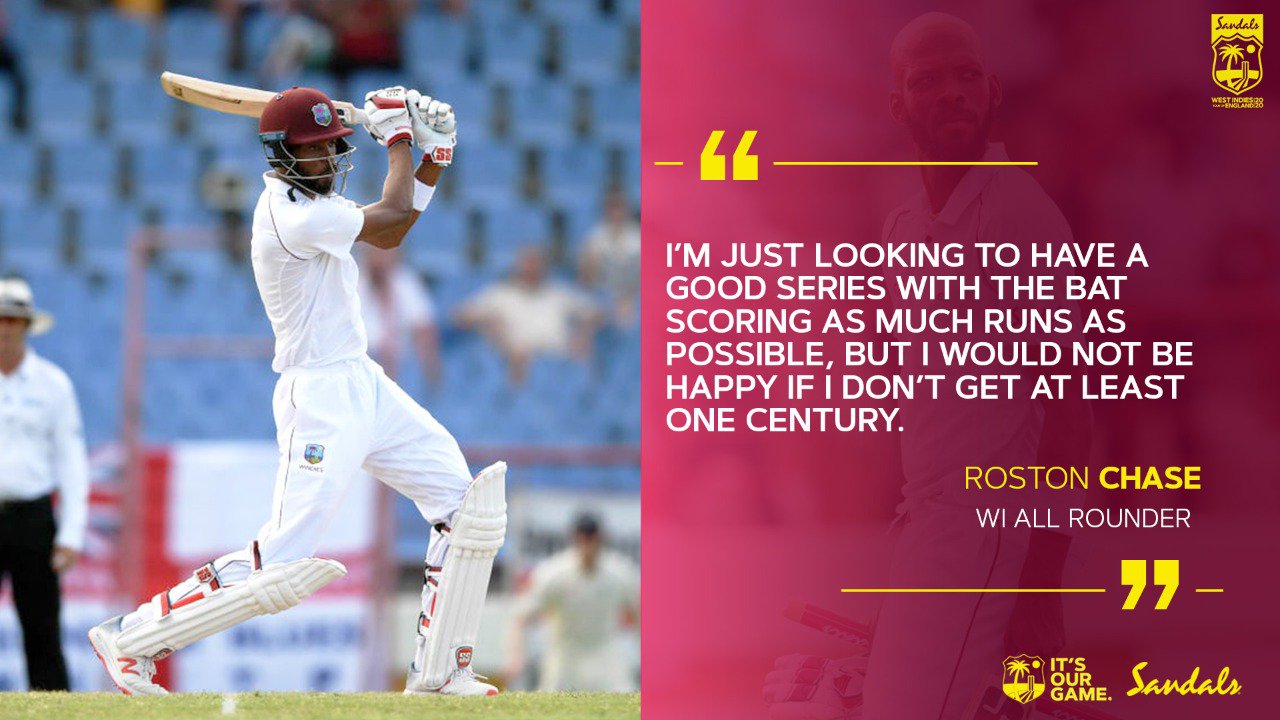 Chase’s century against England came in the final innings at the Daren Sammy Cricket Ground in Saint Lucia – he made 102 not out. His most outstanding contribution in that series win was with the ball when he took career-best 8-60 in the famous victory at Kensington Oval in Barbados.