Dowrich playing for keeps; has faith in pace attack

Shane Dowrich is not just a team-mates of the West Indies fast bowler He’s a fan as well. The wicket-keeper likes what he sees when the red ball is in the hands of the experiences four – Shannon Gabriel, Kemar Roach, Jason Holder and Alzarri Joseph. Dowrich made his disclosure when he spoke to members of the media via Zoom link on Sunday as West Indies continued the Sandals Tour of England. 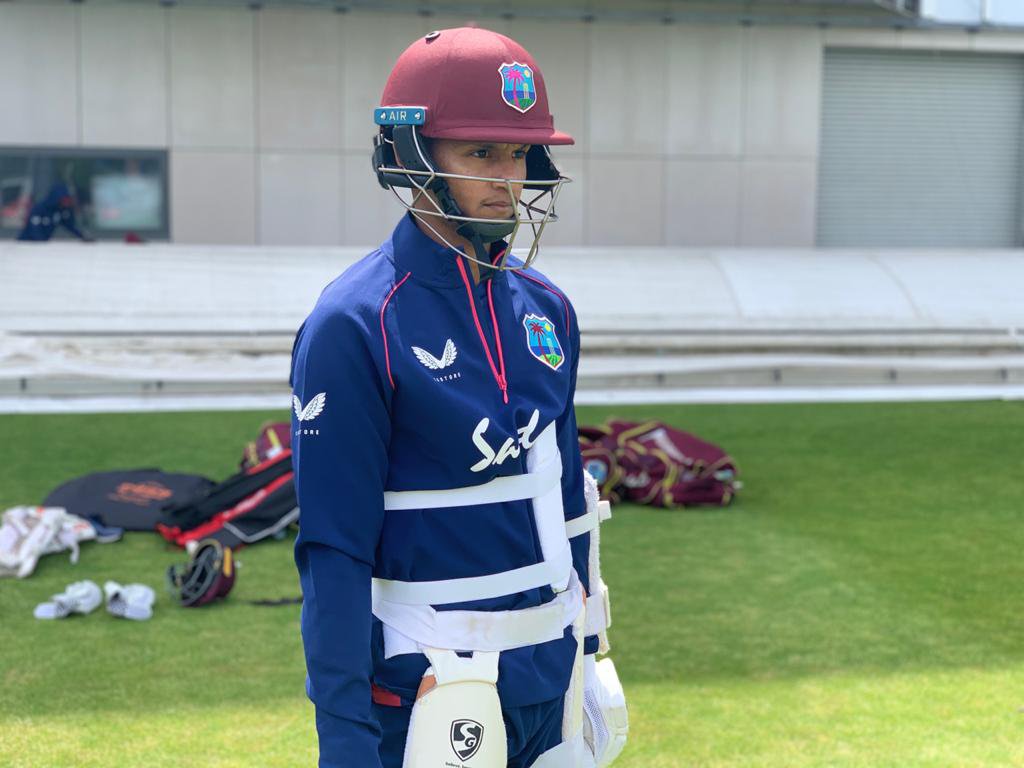 “If you look at the main four (fast bowlers) in Shannon, Kemar, Jason and Alzarri, they all present different skills. I enjoy keeping to all of them. They work hard and challenge the batsmen. Kemar is probably the most skillful of all them in terms of being able to get a consistent line and length, and moving the ball both ways.” said Dowrich. “Shannon and Alzarri have a little more pace and can make it uncomfortable for the batsmen. They have shock value … and Jason is Mr Consistent; he can put the ball on a 10 cent piece. We also have young Chemar Holder coming up, who is an exciting talent. The way he bowled in first-class cricket this season shows that. I think we have a well-versed attack and look forward to seeing them bowl in this series.”

Dowrich is hoping to make a big impact with the bat, the same way he did when England toured the Caribbean last year. During the first Test win in Barbados, he scored a superb unbeaten century in an historic unbroken double century stand with captain Jason Holder. Dowrich has two other Test ton bating with the lower order – 125 not out against Sri Lanka in Trinidad and 103 against Zimbabwe in Bulawayo. 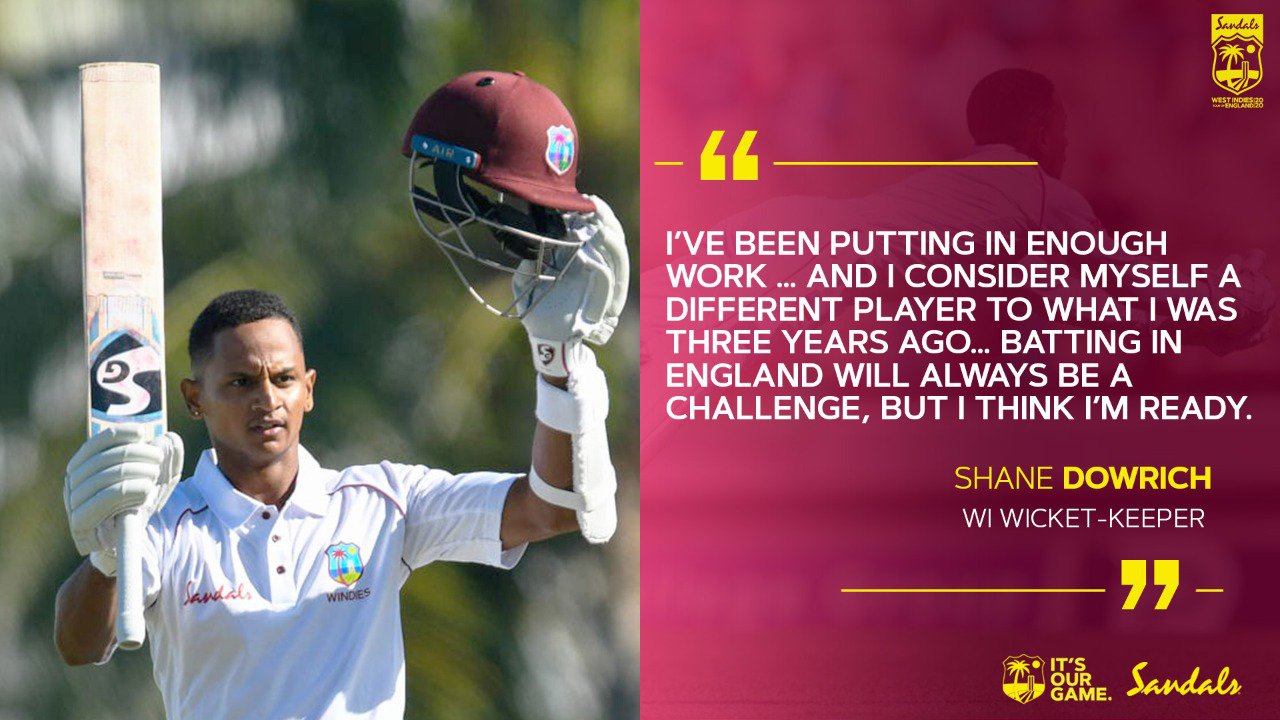 “I would love to score a Test hundred in England,” he added. “I think I’ve been putting in enough work … and I consider myself a different player to what I was three years ago. Batting in England will always be a challenge, but I think I’m ready,” 28-year-old said. “I bat a lot with the lower-order so you have to know how to build partnerships. You have to have confidence in what you’re doing. You also have to give them (lower order batsmen) confidence and trust them.”