BRIDGETOWN, Barbados – Left-arm fast bowler Raymon Reifer and off-spinner John Campbell both took three wickets as the Cricket West Indies President’s XI worked hard all day against England on Day 1 of their second two-day match. England batted all day on a firm pitch at 3Ws Oval, to amass 379 off 86.4 overs as they continue preparations for the first Test of the Wisden Trophy Test Series at Kensington Oval.

Reifer ended with 3-39 off 11 overs while Campbell had 3-58 off his 11.4 overs. The highlight of England’s batting was Jonny Bairstow, who made 98 off 112 balls with 10 boundaries. Bairstow and opener Rory Burns found form ahead of next week’s first Test – as the left-handed Burns stroked 68 off 89 balls with nine boundaries. The lower order also batted solidly – Adil Rashid chipped in with 48, Sam Curran got 47 and Chris Woakes chipped in with 43. 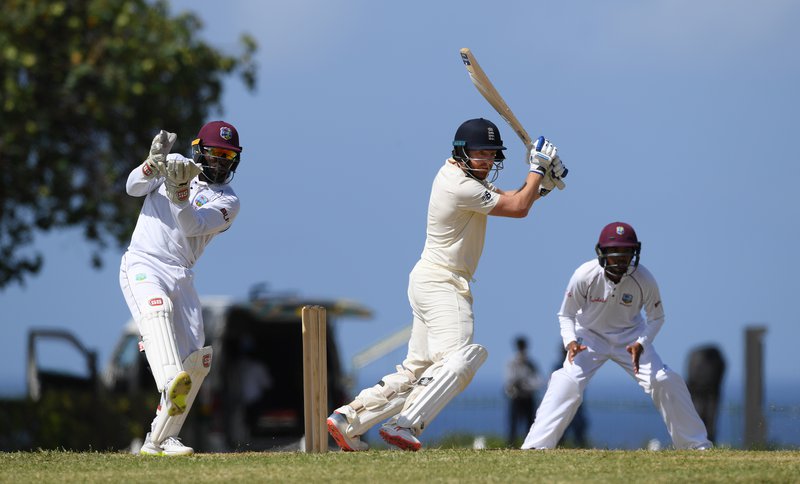 Keaton Jennings failed for the second time this week when he perished leg-before to Reifer for seven in the seventh over of the morning but Bairstow and Burns took command in a 118-run, second wicket stand. Jos Buttler made just three and helped add 33 for the third wicket with Bairstow. Buttler however fell to a brilliant one-handed catch by keeper Jahmar Hamilton off Reifer. Bairstow tried to reach hos century in grand style but fell two runs short – caught by Vishaul Singh down at deep midwicket as he attmpted a big six.

The match continues on today at 10am (9am Jamaica Time).