The right-handed, all-rounder from Barbados made his Test debut against India in Antigua, in the home tour of 2016.

However, according to Chase, the opponent and place didn’t matter, as a childhood dream had come to fruition and he was just excited to start his career.

I was just happy to play for the West Indies. I think I would have felt the same [no matter the opponent].

All athletes draw inspiration from somewhere and look forward to meeting their heroes someday. Luckily for Chase, he was not only able to meet one of his childhood idols, but to also form a working and personal relationship. The opportunity came full circle when the moment came for Chase to be handed his beloved first maroon cap.

What really topped it off for me, was that I got my baggy cap from Sir Vivian Richards. He was a mentor to me in 2015, when we had a President’s XI match against Australia. That was the first time I got to meet him and converse with him. So, getting my cap from him after we had become good friends, it was really touching. I really thought that was the best person who could have given me my cap. 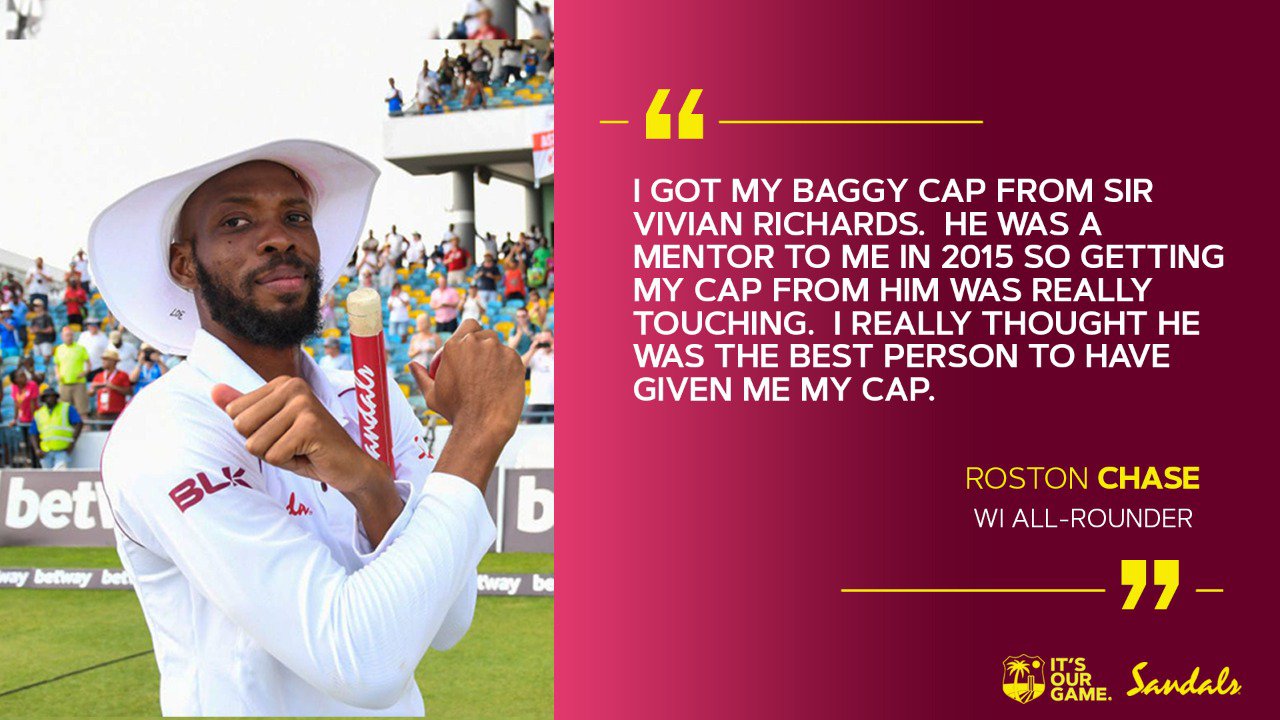 Chase also spoke about the moment he began feeling as though he belonged on the international stage. The story began at a team event at Marlon Samuels’ home in Jamaica, prior to the second Test in the home series against India.

Marlon made a speech and he spoke about me. He said that despite me being new to the team, they are still looking for me to be accountable, I must contribute. So, I really thought about that and it gave me motivation. In the first innings, I didn’t really get much runs, but I found the wicket to be easy. I told some of the players that I thought I could get a century against that attack. 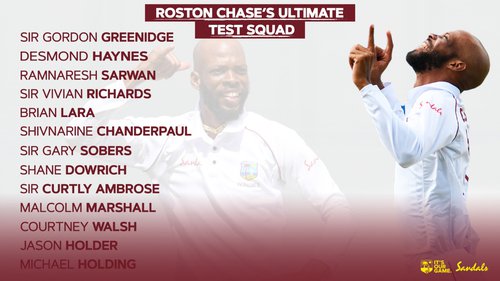 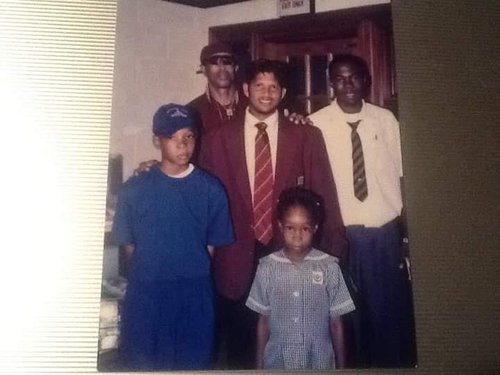 So said, so done, by the Barbadian all-rounder, who also took a five-wicket haul in the match. He scored 137 runs in that second innings, putting on a historic partnership of 122 runs with captain and good friend, Jason Holder, to draw the match for the Men in Maroon.

I felt like the man! I felt good about myself. After the speech that Marlon gave to me, I felt like I had accomplished some respect from the guys in the team.