One More Year until the Men's World T20 in Australia

With a year to go to the ICC Twenty20 World Cup in Australia, West Indies are fancying their chances as repeating as champions. The captain, Kieron Pollard, said it will require smart cricket to topple the best teams in the world when they meet Down Under. 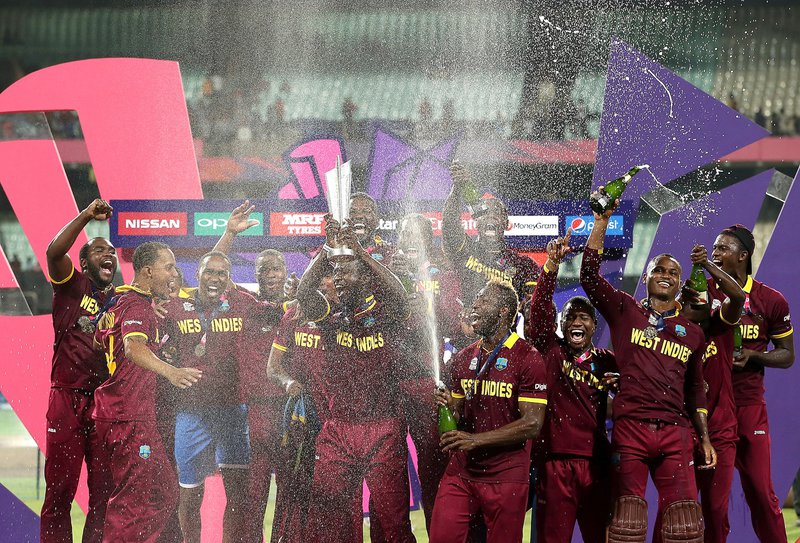 West Indies are the defending champions – they won in 2016 under the leadership of captain Daren Sammy and coach Phil Simmons. On April 3, 2016, West Indies beat England to win the trophy – thanks to some amazing power-hitting from Carlos Brathwaite in the final over, and a superb match-winning knock from Marlon Samuels in a titanic grand finale at Eden Gardens in Kolkata.

Fast forward to 2019 and Pollard is the man at the helm as the World Champions begin the countdown to one of the most eagerly anticipated events in the game’s history – The 20/20 in 2020!

“It’s an honour and truly wonderful feeling to lead West Indies in a major international tournament. The pressure is going to be on, being the defending champions, but we have to play well as a team in order to be competitive. We will be looking forward to it,” Pollard told CWI Media.

Say. No. More. WI are on our way!🌴🏆 #ItsOurGame pic.twitter.com/byDf5e9YuF

Speaking from Trinidad, the 32-year-old, identified the keys to successfully defending the title. The powerfully-built six-footer knows what it’s like to win on the big stage – he was a member of the team when West Indies beat Sri Lanka in Sri Lanka in 2012 to life the trophy for the first time.

“A couple keys to defending the title are playing well and playing consistently. We are a confident team, we back our strengths – one of which is our six-hitting ability – but also mixing that sort of aggression and that awesome power with smart, intelligent cricket as well. I think these will be keys – the grounds will be big and you will have to be smart to get over the line and win the ICC T20 World Cup for a third time.”

October 30: vs Qualifier B2 – Perth Stadium