The Home of West Indies Cricket
News
/
Special Feature
/
CricViz - Which All-Rounders Will Be At The T20 World Cup?

CricViz - Which All-Rounders Will Be At The T20 World Cup?

With the T20 World Cup in Australia just 12 months away, cricket analysis specialists CricViz have considered the cases for all the Caribbean players in contention for the squad. In the second of a three part series, they take a look at the all-rounders who will have their eyes on selection.

Russell is still one of the most fearsome hitters in world cricket, and when combined with his ability to bowl rapid, aggressive spells with the new ball, he’s a crucial player for balancing this West Indies team. If he’s fit, he bats No.6, smashes the ball out the park then bowls four overs of 90mph rockets. However, that’s increasingly been a big “if”, and concerns in the Caribbean about his fitness will only have grown after hobbling through the 50-over World Cup this summer. Yet even on one leg, Russell is still a key part of the Windies plans. 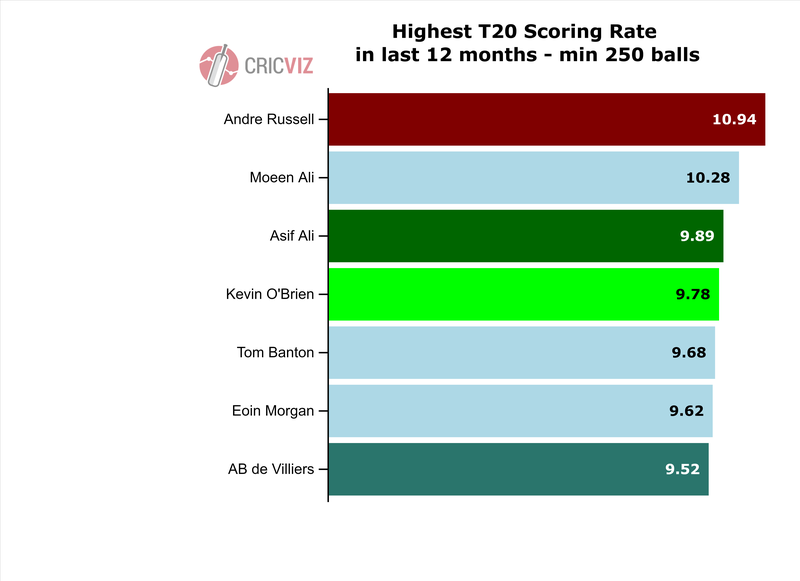 Arguably the most valuable T20 player in the world, Narine’s remit has grown in recent years from a pure mystery spinner to an elite all-rounder. His promotion to pinch-hitter/genuine opener has been a huge success due to his ability to destroy spinners, and having such a specific skill is always valuable in a form of the game ever more defined by match-ups. His bowling is just straightforwardly immense, and given the relatively thin options for established T20 spinners at the moment, Narine is arguably the most important player in line for selection next year. 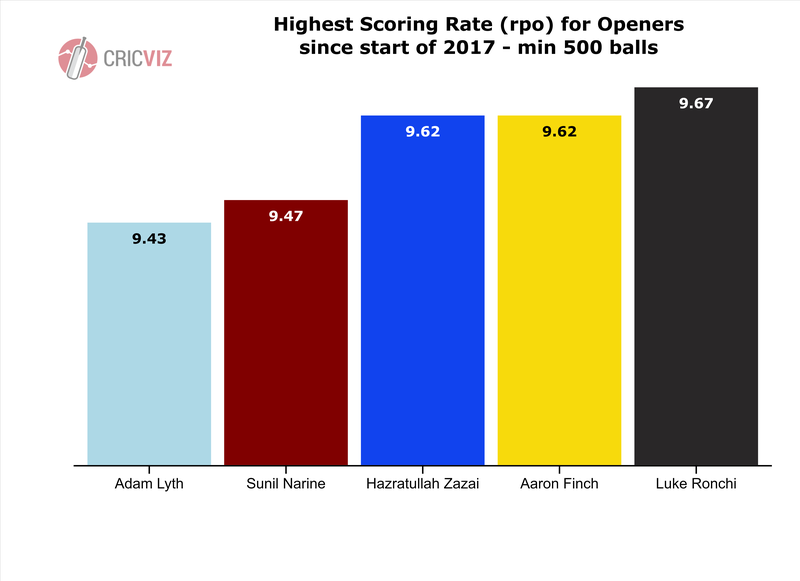 The Jamaican all-rounder is only 24 years old, and has only played 26 matches, but has impressed hugely in his short career. His career scoring rate is over 10rpo, a fantastic record, and his bowling is a useful extra dimension to his game, if not quite demanding selection with quite the same volume. An outstanding presence in the field, he's a valuable member in a team which could be carrying a few less than elite fielders.

The Bajan all-rounder has suffered a bit of a dip in form, of late. His scoring rate of just 5.15rpo in 2019 is the slowest he's ever recorded in a calendar year, suggesting his batting prowess has fallen away - but his bowling remains valuable. His economy rate in 2019 is the best he's recorded for a decade, so whilst his overall form is questionable, he's still a good run-saving option with the ball in hand. Add to this his considerable leadership experience, and he's still a very likely member of the travelling squad.

The hero of the 2016 World T20, Brathwaite finds himself in a curious position ahead of the next tournament. In the 36 T20Is that the Windies have played since that incredible tournament victory, Brathwaite has been captain on 30 occasions, and has played more matches than any other Windies player. And yet, 12 months out from the tournament he has been replaced in the leadership role by Kieron Pollard, a move not surprising in and of itself, but one which does put Brathwaite’s role under examination. He is still, on his day, one of the most destructive hitters at the death, but his bowling has become less reliable - without the captaincy, his contribution with the bat needs to be substantial. 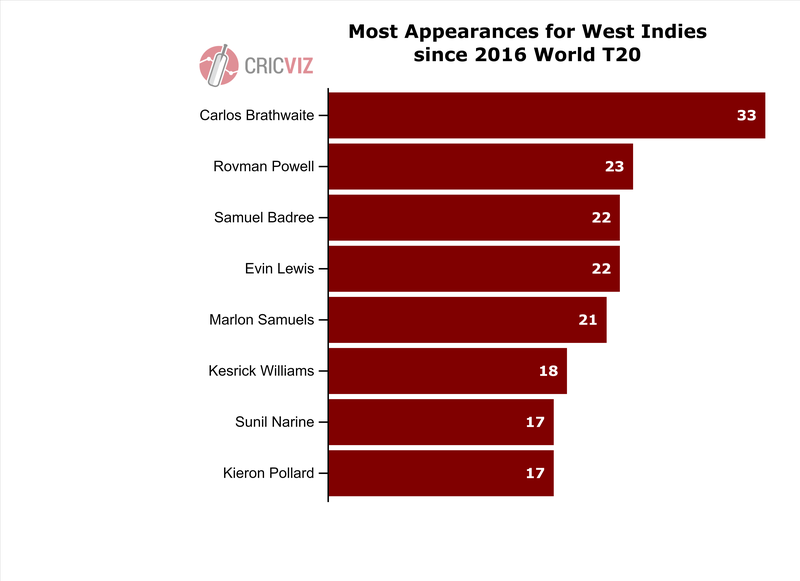 Paul had a very good Caribbean Premier League season, scoring more runs and taking more wickets than he has ever done before in a T20 league. The Guyanese right-armer has been making his presence felt in the Warriors' set-up, and would slot in well should Windies hierarchy decide to go with more of a bowling all-rounder to balance the XI, ahead of someone more experienced like Jason Holder.

Another terrifically exciting young talent, Hemraj has attracted some selection chatter after a very promising season for the rampant Guyana Amazon Warriors, opening the batting alongside Brandon King. However, you’d say that with so many top-order talents around in Caribbean cricket, King may be the Guyanan opener who gets the opportunity to wear the maroon - for now, at least.

The big Antiguan has made huge strides this year. His progression from cult-hero to genuinely destructive all-rounder has been a joyful one to behold - in the last two seasons, no established CPL batsman has scored more quickly. In a climate where spin options in the Caribbean are limited, it’s not out of the question that Cornwall could force his way into the squad purely on the basis of his bowling, but it would be a surprise at this stage. 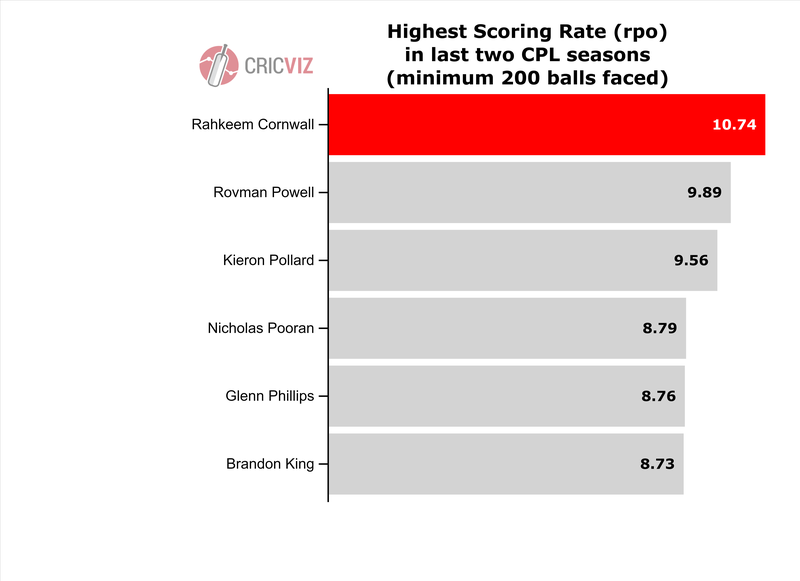