18 year old West Indies Under-19 captain Kimani Melius loves batting. Although it’s only junior level cricket, the young St.Lucian has already scored three (3) double centuries, highlighting why he is viewed as an upcoming player to watch in Caribbean cricket. 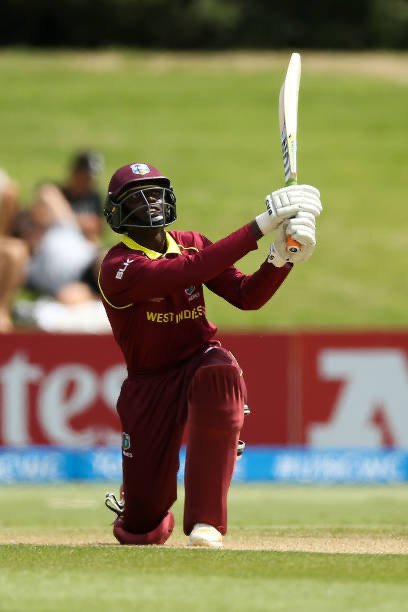 ”Kimani is a ‘student’ of the game, he has always been comfortable asking for feedback on his methods and performances. A lot of his growth and progress has been down to his ability to listen, reflect and then work on specific areas of his game. His work ethic is outstanding and at times I have had to tell him to ease off training as he spends so much time refining and rehearsing his skills with coach Crafton in St Lucia”

Melius spoke to CWI Media for this Q & A before the West Indies Emerging players team play there first Super50 game versus 2018 finalist Guyana Jaguars.

This will be your second year playing for the newly created West Indies Emerging players team. As a young player, how excited are you to be playing in this team again ?

I’m very excited playing for the West Indies B team for the second year. It’s just a matter of me remaining focused and trying to get experience from senior players, seek feedback from the coach and try to learn as much as possible going forward.

In your early days as young opener in Caribbean cricket, what do you consider to be your strengths as a player & the areas you are looking to improve on ?

My areas (I’m trying to improve) to start is trying not to complicate things and keeping the game as simple as possible. And my areas of Strength, as long as I get a start continue converting it into bigger hundreds and trying to win matches for my team.

You are the only player in the West Indies Under-19 team with first class cricket experience. How important are you personally viewing playing in this Super50 in preparation for Under 19 tri-series in Antigua next month & Under 19 World Cup in South Africa ?

I would like to take this into the Super50 tournament and try to score as many runs as possible. (I want to) keep it simple and be a good person, I believe if I’m a good person I’ll always score runs.

For the Tri-Series in Antigua, I’m not a person who looks too far forward, (in Antigua) it will just be me sticking to my game plan for long periods and the runs will come.

In conversation with Under 19 coach Graeme West, what are you and your three (3) Under 19 teammates; Leonardo Julien, Jayden Seales and Ashmead Nedd want to gain from this tournament?

The three of them are very talented individuals. Nedd is a very talented fast bowler and Julien and exciting wicket-keeper batsman.

From this camp we would like to get as much experience playing against other bigger teams, get as much feedback from the coach as possible, learn and go back and be better cricketers.