Leewards have upperhand thanks to Amory’s spell 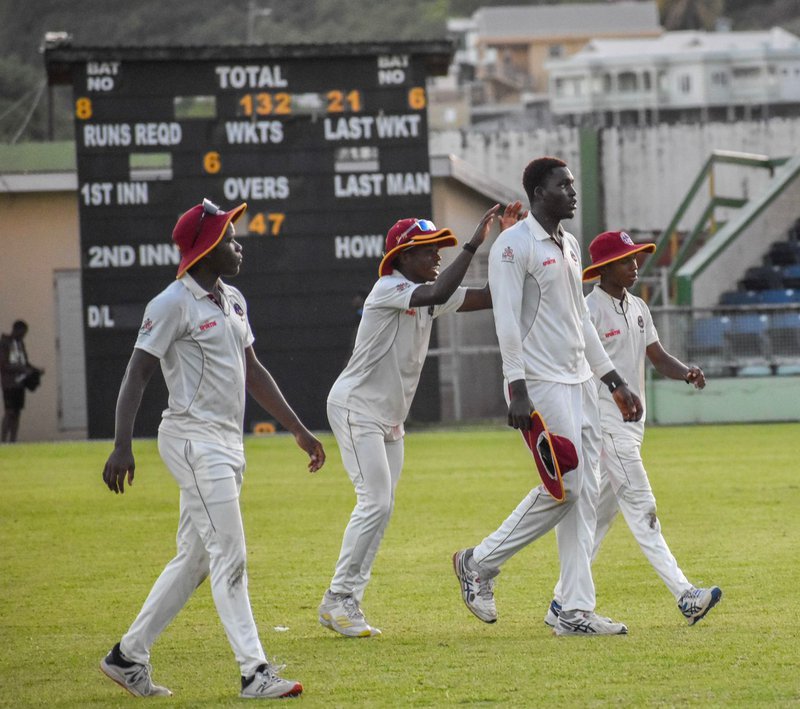 Leewards have upperhand thanks to Amory’s spell

KINGSTOWN, St. Vincent – In a match billed as the Leeward Islands bowlers versus a solid all-round Barbados unit, it ended with the Leewards led by off-spinner Onaje Amory taking advantage on the opening day in the West Indies Rising Stars Under 19 Championship final on Thursday.

Playing at Arnos Vale: Tournament leading wicket-taker Armory stepped up big with an impressive spell of off-spin with excellent figures of 14-6-29-3 as Barbados closed the rain-affected day on 132-6 in 47 overs. The day's play commenced 2:30 pm and right from the start, Leeward Islands quickly starting chipping away at the wickets.

First change bowler Yannique Wattley (6-1-9-2) got the first two wickets as Barbados first slipped to 47-2 in the 17th over. It’s at this stage when the tall and imposing figure of 18-year-old Armory rocked the Barbados middle order with his three wickets to leave the Bajans precariously placed on 83-5 in the 31st over. 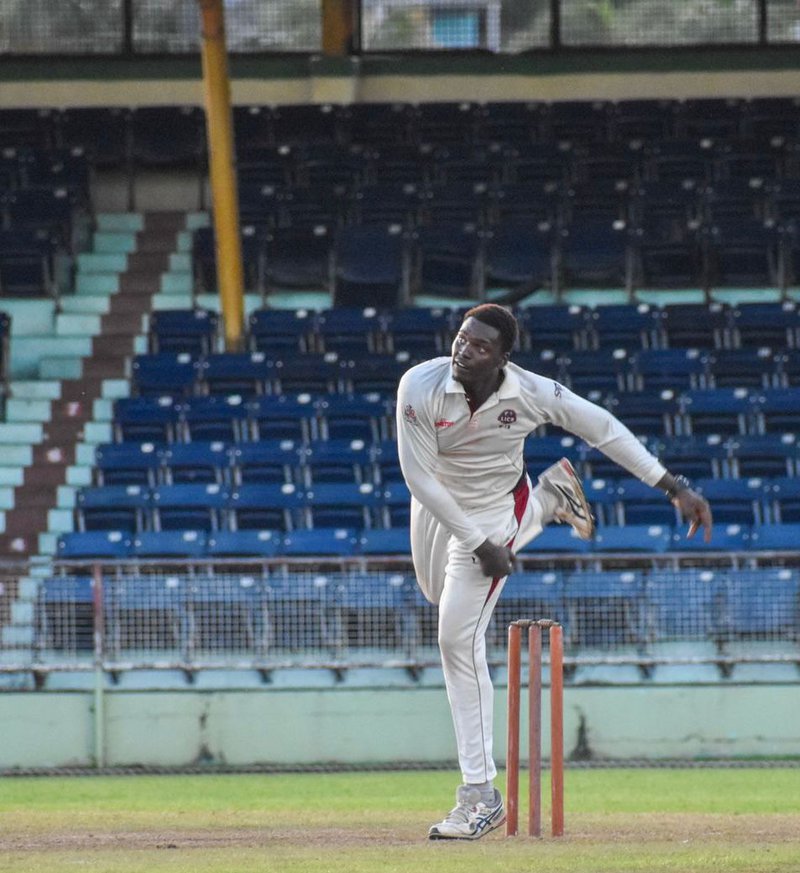 A mini resistance occurred during a 49-run six wicket partnership between Nathan Sealy, currently unbeaten on 21 (51 balls, 3x4) and Jayden Leacock 29 (54 balls, 2x4). Leacock fell late in the day when he was well caught at slip off 15-year-old leg-spinner Micah McKenzie.

Playing at Park Hill: In the battle for third place between Jamaica and Guyana, a half century from Justin Beckford 83 (128 balls, 3x4, 5x6) and three-wicket fast bowling haul from Isai Thorne (15-0-52-3) stood out. Beckford innings which was his third half-century of the  of the championship and aided Jamaica in ending the day’s place of 268-9 in 78 overs. The competition’s leading run scorer Jordan Johnson 48 (59 balls, 5x4) was the other key run getter.

Before Beckford was eventually dismissed with the score on 209-7 in the 60th over, he shared in a key 58 run fifth-wicket partnership with Sanjay Walker (24). With the ball for Guyana, the pacy Thorne received solid support from Jonathan Rampersaud (20-1-67-2) and Jeremy Sandia (15-2-47-2).

Playing at Cumberland: After two days, the fifth placed play-off match between Windward Islands and Trinidad & Tobago is currently locked in a tense low scoring affair for first innings honours. After routing the home team to 152 during rain interrupted action on Day one, Trinidad & Tobago closed the second day on 71-4 after 37 overs and still trail by 85 runs.