PORT-OF-SPAIN, Trinidad - The 2019 Colonial Medical Insurance Super50 Final will be a battle of tradition against Innovation, after Leeward Islands Hurricanes toppled hosts Trinidad And Tobago Red Force with a stunning four-wicket triumph.

The Hurricanes, an established regional team but underdogs in recent Caribbean domestic competitions, as a result face off with the strategically created West Indies Emerging Players for regional 50 overs supremacy.

‘Catches win Matches’ is one of the oldest adages in cricket. During this semi-final run for Trinidad And Tobago Red Force, a profound highlight has been the stylish and aggressive power-play batting of 24-year old Tion Webster. 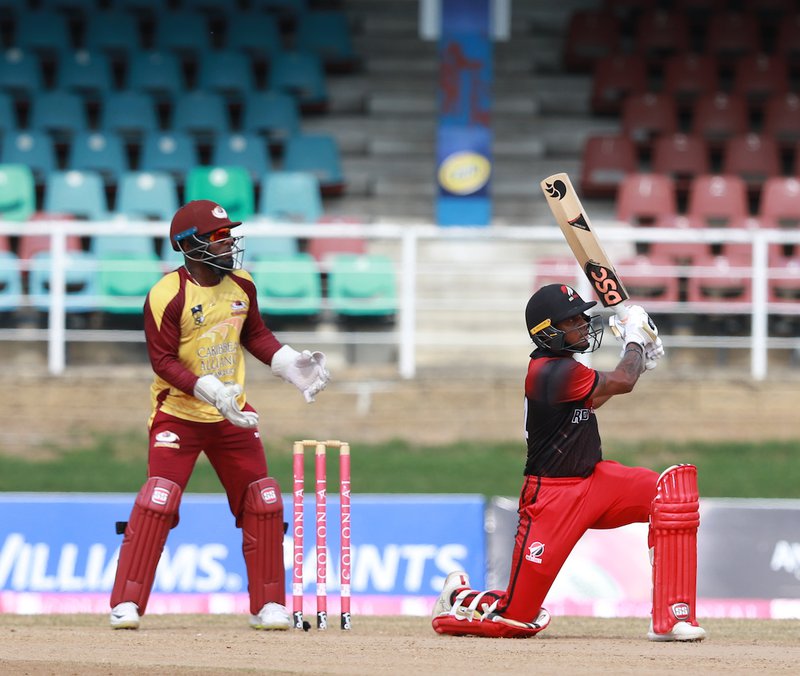 So when Webster on 43, was dropped by Monctin Hodge in the 10th over, the Leewards must have felt they had opened a ‘can of worms’, by giving Webster a lifeline as he and Jeremy Solozano gave the hosts a perfect platform with a 99-run opening partnership, even though they eventually pulled the innings back.

Unfortunately for Trinidad And Tobago however they weren’t that lucky, as the major drop catch of their innings was crucial.

With the score 202/4 in the 42nd over and Hamilton on 33, Bravo dropped him at long on via left-arm spinner Akeal Hosein and in the end this proved to be arguably the decisive moment of the match.

After the aforementioned opening alliance, in order for the Hurricanes to get back into the game, they needed their bowlers to produce knowing that Darren Bravo and Jason Mohammed were still in the sheds to come.

Tournament leading wicket-taker, 29-year old Sheeno Berridge continued his form clinching four wickets as he denied Webster his maiden List A century and Darren Bravo (34) another Super50, fifty plus score, when he was looking ominous.

Berridge was supported in the back end overs by muscular new ball bowler Quinton Boatswin and a miserly spell by left-arm spinner Jason Campbell of 10-3-18–1. 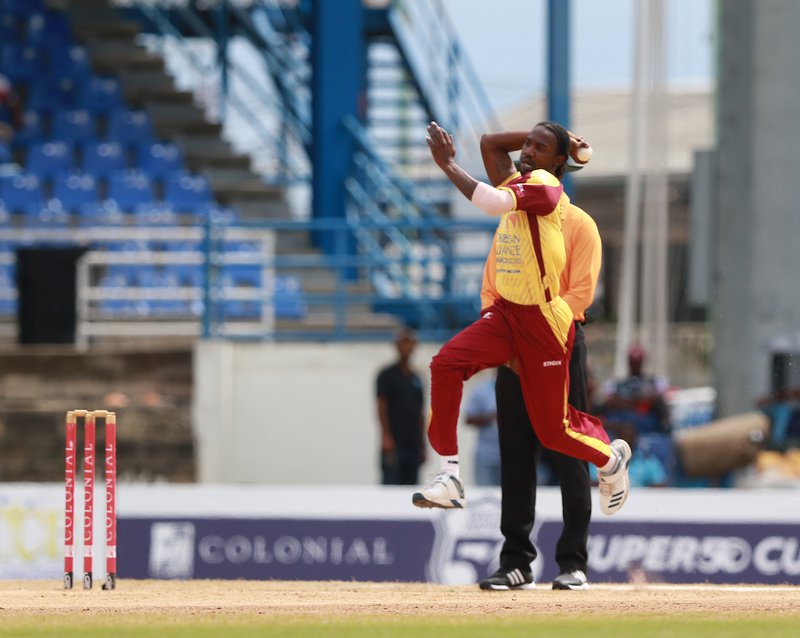 This meant that while the hosts were able to post a competitive total due to Jason Mohammed’s (59) mid innings stabilizing knock and Anderson Phillip (14)  finishing the innings with a six and a four, it wasn’t a mammoth as originally thought for the Stuart Williams coached unit.

“Sheeno has been exceptional”, said Leewards Hurricanes captain and player of the match Jahmar Hamilton.

“He has bowled well, a lot of overs and is hitting his straps, so I must commend him also.”

With the game live on ESPN 29-year old Jahmar Hamilton could not have chosen a better time to produce his career best List A inning in an onslaught that won’t be forgotten anytime soon. 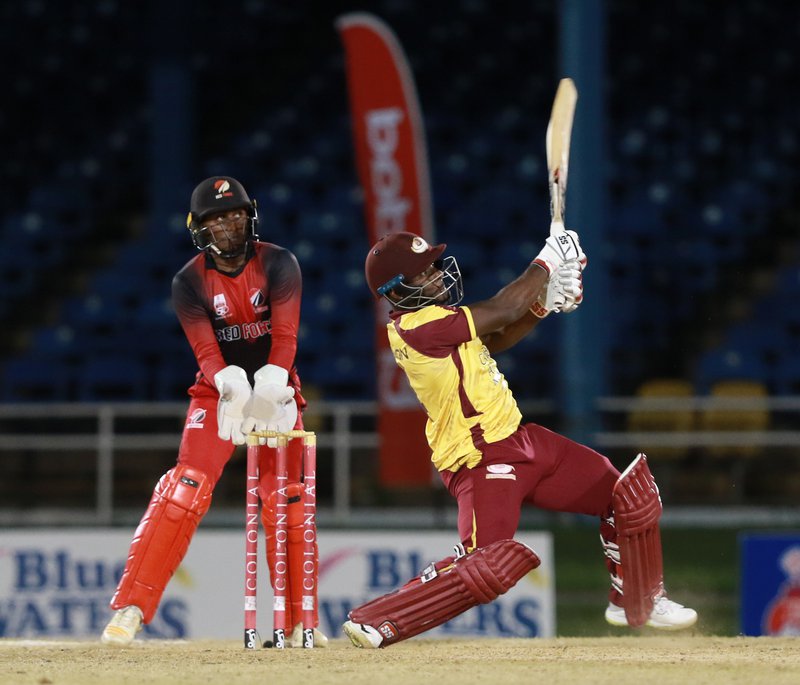 The brutality commenced with he smashed Red Force captain Imran Khan for 25 in his final over. At that point the wet ball in use was difficult for the Red Force spin quintet of options.

To compound that lone main seam bowler Anderson Philip and all-rounder Webster were either restricted or couldn’t bowl at all due to injury, Hamilton ably assisted in partnership with Keacy Carty (53), 2016 West Indies Under 19 World Cup winner took full advantage.

“My game plan was just to see ball - hit ball. It didn’t matter where they bowled tonight I was just in that type of mood”, said Hamilton who recently made his test debut versus India.

“From the start of the tournament we have been chasing well. They (Trinidad) got off to a flyer, but we pulled it back and I congratulated our bowlers for that - but whatever they got I backed my team to this chase it on this (wicket).”

He continued: “I don’t like making excuses, but when you loose your only two seamers in Phillip and Webster to niggling injuries and spinners tried their best with the wet ball, it sets you back - but Hamilton played really well and all credit to him.

“(Looking back at tournament) We played really good cricket throughout and I’m happy with that. Overall I’m seeing improvement, just need to improve our fielding and running between the wickets.

“Glad to have had Bravo in squad to have helped lead the batting, while Keagan (Simmons) and Solozano showed why they will be the future of our batting.”