Lara puts on a Show! Shows class is permanent!

West Indies batting great Brian Lara put on a phenomenal batting display on Sunday in Australia to highlight the Bush Fire Bash – the 10-over-per-side match to raise funds for the bush fire relief.

The Prince of Port-of-Spain – the master batsman who made the magical 400 in Test cricket – demonstrated once again, this time at age 50, while he still revered al oved wherever he goes.

Lara top scored 30 off 11 balls before he retired in a festive event which was great entertainment for the fun-loving fans at the Junction Oval in Melbourne. He played some audacious strokes – the best a sensational six over extra-cover which sailed into the stands.

There was also a piece of great bowling from fast bowling legend Courtney Walsh as he produced a “jaffa” to get rid Justin Langer in the early exchanges.

"He's still giving me nightmares" - some gold from Justin Langer, who resumed rivalries with the great Courtney Walsh today at the Bushfire Appeal... and lost! pic.twitter.com/cytyZYk648

The match marked a superb gathering of some of the greatest cricketers of all times among them Lara, Walsh, Ponting, Gilchrist, Sachin Tendulkar, Wasim Akram, Matthew Hayden; as well as other Aussie World Cup winners Brad Haddin and Andrew Symonds; and Indian World Cup winner Yuvraj Singh. 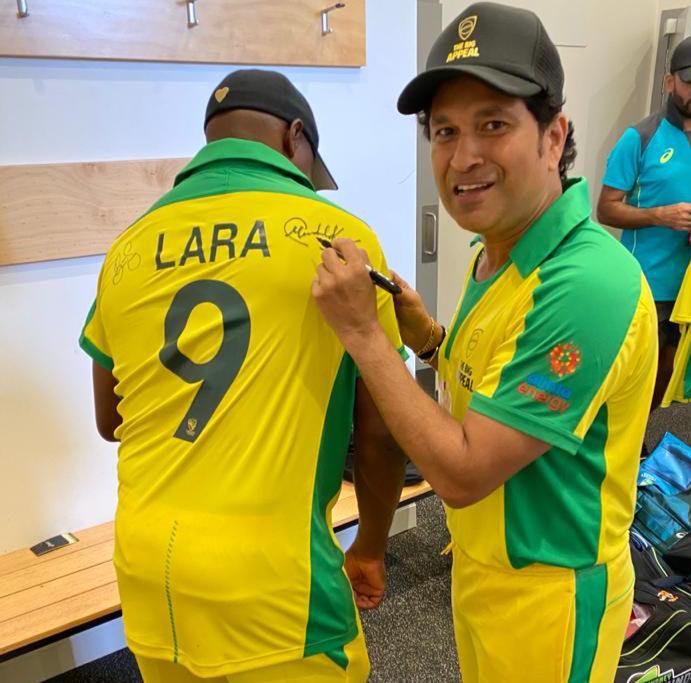 But most importantly, Lara and co have helped raised millions of dollars for bushfire relief. If you want to donate to the Big Appeal, you can find the link here.