Shai Hope? Is that you? Yeah … Man looking real sharp!

The West Indies wicket-keeper/batsman received his “hat” as a member of the ICC ODI Team-of-the-Year for 2019. 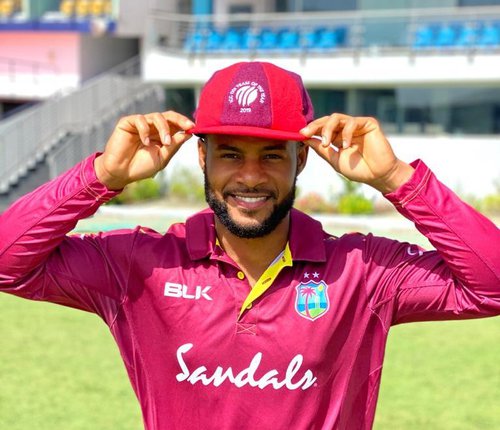 Shai Hope climbed 2️⃣ spots to become this year's second top run scorer in ODIs. Legend @brianlaraofficial 806 in 1995 was the last time a West Indian topped the charts. Do you think @shaidhope can do it!?💪🏽 #MenInMaroon #ItsOurGame

Last year he was our leading man in that format with 1,303 in 25 innings – which included four centuries and eight half-centuries. His top score was 170 against Ireland in Dublin in May and the most memorable was probably the match-winning 102 not out against India in Chennai in December.

The stylish opener went past 3,000 runs in ODIs during his 42 off 50 balls in Cuttack – and became the fastest West Indies batsman to get to the milestone in the 50-over format of the game. This weekend he’s off to Sri Lanka as we prepare to face the hosts in the three-match series, which starts on February 22