It’s a bird, it’s a plane …. No… it’s a flying Slip Fielder. You just can’t keep ‘big Jase” out of the game. Whether he’s bowling them over, hitting them to the boundary, or taking Super Man catches – Jason Holder continues to be the centre of attention. 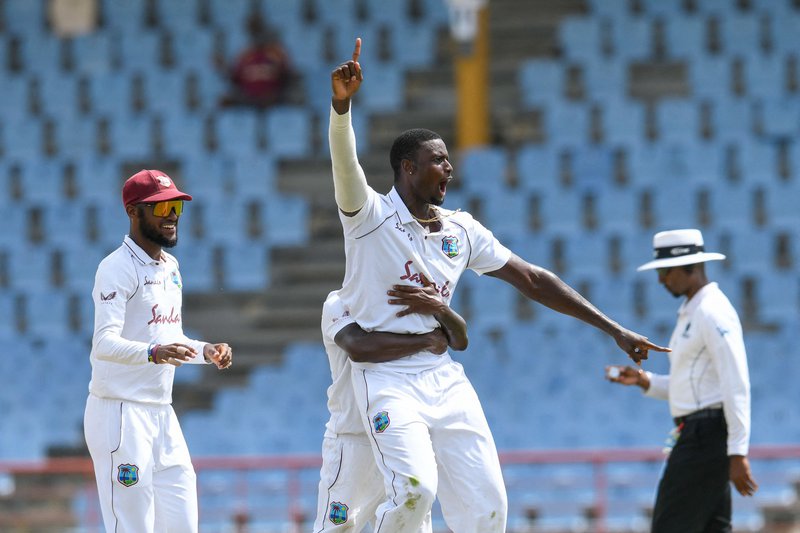 On Sunday, during the third day of the second Betway Test he grabbed THAT amazing catch. After tea, Jayden Seales got in on the wicket act, drawing an edge from Keshav Maharaj that was brilliantly caught by Holder at full stretch, diving to his right at second slip. The spectacular take was his 30th catch in the slips and 50th overall – and he is now among a handful of players in history to make over 2,000 runs, take over 100 wickets and take 50 catches.

“It was one of those catches where I just let my instincts takeover,” he told CWI media. “The biggest thig about fielding at slip is to pick up the ball. I picked it up quite early and just tried to give myself every chance to take it. Jayden was in a good spell, and it was important to give ‘that’ effort.”

So amazing was the play that ESPN selected it at Number 9 from among a world of sports performances on the day taken from the global audience. All we can say is we knew the Number 1 Test all-rounder could bowl and bat, now we know he can fly!