West Indies captain Jason Holder today played his 100th ODI. He celebrated with a classic bit of lower order hitting, blasting 33 (15) at the tail end of the innings lifting the West Indies to a competitive total., blasting five boundaries in his brief stay. 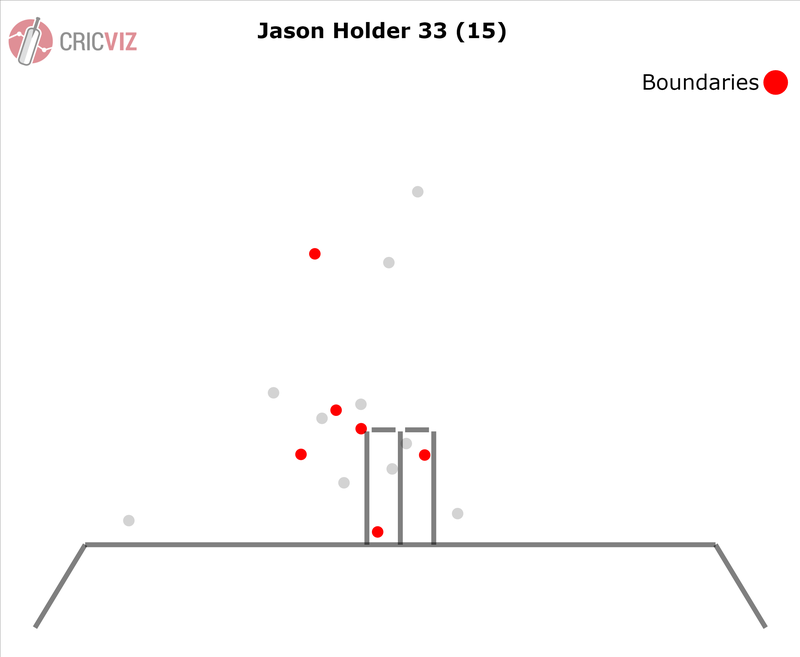 The talismanic Bajan all-rounder has grown his reputation steadily across his ODI career, taking the captaincy before the last World Cup and leading his side through the next cycle, but on a purely individual level, Holder has been an elite ODI all-rounder for a prolonged period now. Among the players to average over 35 with the bat in the last four years, the 27 year old has the lowest bowling average of almost all players in the world. He's refined his game to be influential in all areas of the game. 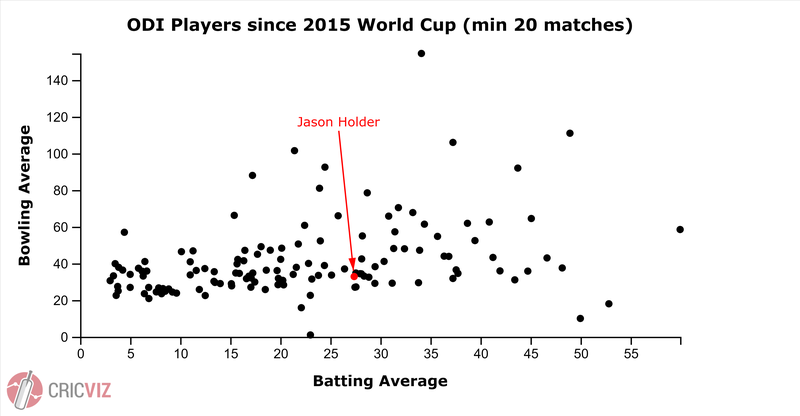 His generally low position in the batting order has meant that, surprisingly for a batsman of his class, Holder is yet to make an ODI century. His highest ODI score - 99* against Papa New Guinea - came at in important moment, during West Indies' qualification for the 2019 World Cup, and so it's only fitting that Holder reaches his landmark on the biggest stage. 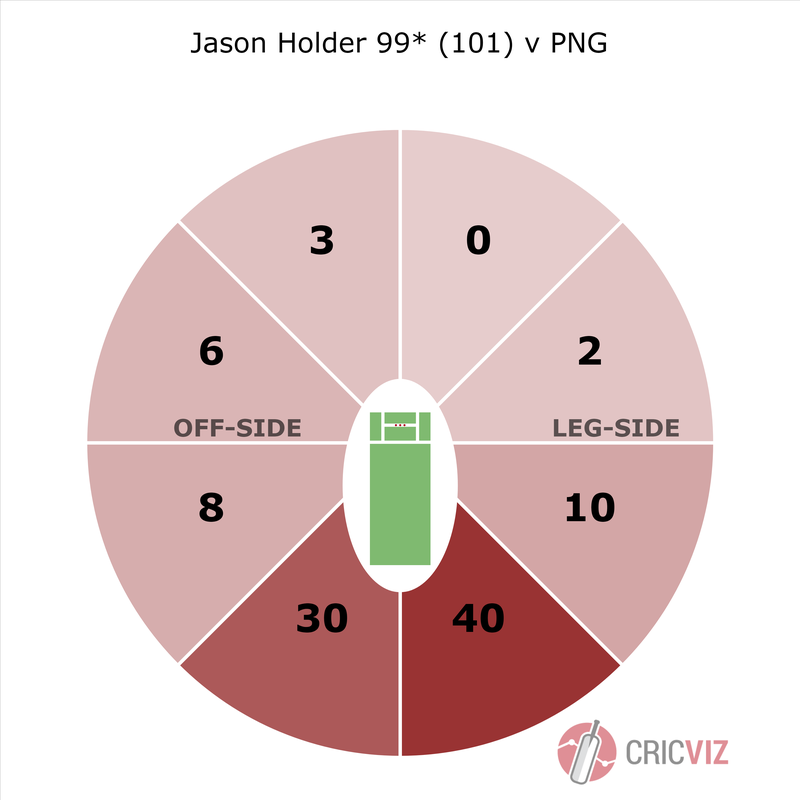 With the ball, his finest performance came against India in Antigua back in 2017, when he recorded the match-winning figures of 9.4-2-27-5, just the second five-wicket haul of his career. Removing first Kohli, then mopping up the tail, Holder was the difference in a challenging contest against the world's best side at that point. With plenty of experience under his belt, and a young side to helm, Holder clearly has a lot more ODIs left in him - for the good of the West Indies, we hope he'll be around for years to come.