West Indies captain Jason Holder was clear and positive when he spoke to members of the media for the first time as his team prepares for the upcoming three-Test series against England. The highly-regarded and respected Holder hosted a Zoom meeting with several journalists from around the world and spoke eloquently about his team’s chances against their hosts, as well as a host of other topics – including playing behind closed, the COVID-19 pandemic and recent protests following the death of George Floyd in the United States of America. 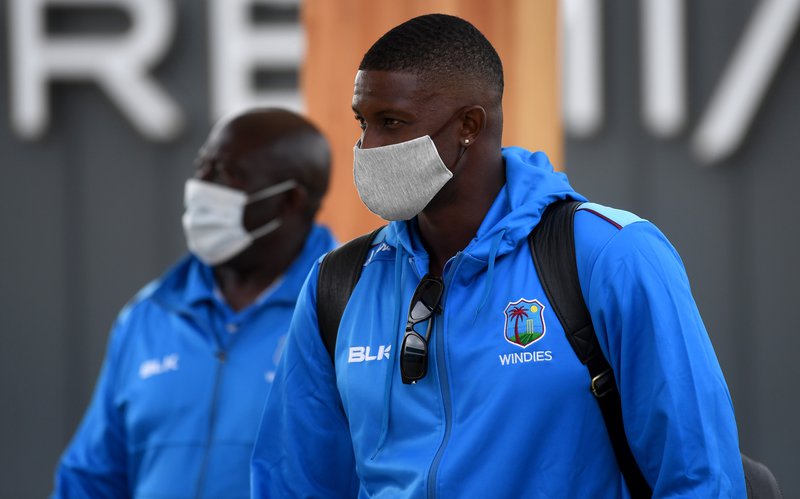 The 28-year-old outlined that the team was upbeat and relaxed since arriving in Manchester on Tuesday morning and should be able to start light training on Thursday as the Sandals tour of England gets into high gear. They will remain in the northern city for their pre-series preparations – which will include three-day and four-day “inter-squad” warm-up matches at Emirates Old Trafford later this month.

“I’m happy to be getting some cricket back in… doing something I love … the guys all feel the same way. We haven’t had cricket for a while ... we all made the decision to come. We have done it because we want to be here, and we want to play. So far, I must commend the ECB (England and Wales Cricket Board and CWI (Cricket West Indies). We have been really well looked after, the flight from Antigua was great and we came through the airport, onto the buses and to the hotel quite well. Once it continues that way can’t see much interference. We’re happy to be here. We should relish the opportunity,” Holder said. “We have roughly four weeks before first Test. It’s good we got here early and we have adequate … we are at the stage now and the time to prepare and how best to cope with the situation – the new normal for cricket and in the world. No doubt there will be some challenges, I tend to be pumped up when I see a packed stadium or decent crowd. We’re all professional to make the adjustment and we have to crack on with the way of sports.”

Holder has been excellent in Test cricket in the last three years – he is the Number 1 allrounder in the ICC Test match rankings and also in the Top 10 among bowlers. The well-build six-footer has an impressive Test record and is among just a few West Indians in history to compete the double of over 1,000 runs and 100 wickets.

So far, he has played 40 matches and score 1,898 runs – including a top score of 202 not out against England in Barbados last year when he led the West Indies to a 2-1 series win and capture of the Wisden Trophy. He also has 106 wickets at an impressive average of 26.37 runs per wicket with six five-wicket hauls.

The series will feature three back-to-back Test matches for the Wisden Trophy, starting July 8. The first Test will be played at the Ageas Bowl in Southampton (July 8-12) with the second and third matches at Old Trafford in Manchester from July 16-20 and then July 24-28.

"It’s not going to be the normal bilateral series but this is where we are with the state of the world. It is different, no doubt it will be different. But we have just got to get on with it and try to make the most of the circumstances in these trying times,” Holder said. “First win in England in 30 years … we need to stay in the present. I know what goes into planning and I know how we function as individuals and as a team. The main thing is to have one common cause. We have beaten England in recent past. There is lots to play for … lots to motivate you … the guys are pumped up for the opportunity. We are really motivated for the challenge ahead.”