West Indies head coach Phil Simmons had his first meeting with the media in England on Saturday morning and said he was happy with the way his players have adapted to the new “bio-secure” environment. The team arrived earlier this week for the Sandals Tour of England which will see the tourists defending th4 prestigious Wisden Trophy in three Test matches – at Ageas Bowl in Southampton and two at the Emirates Old Trafford in Manchester.

“We’re in good spirits. The players and enjoying their work in the nets and they are also enjoying the time off the field. The facilities here at Old Trafford are second to none, truly world-class. The bio-secure unit is similar to what we would have done for a training camp, so we’ve not had to do much different. We’ve been good with training. On Thursday, we had afternoon training and Friday we had a full day and then this morning, so we’ve done quite a lot so far,” Simmons told journalist via Zoom link. 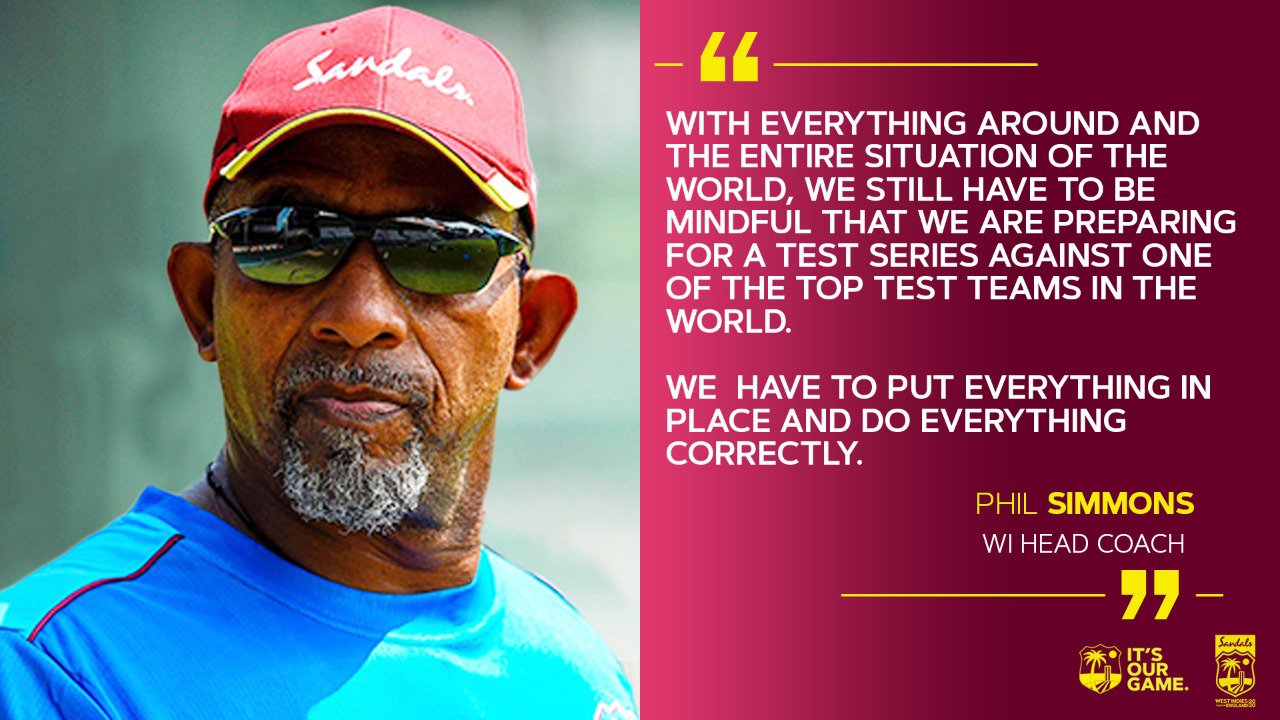 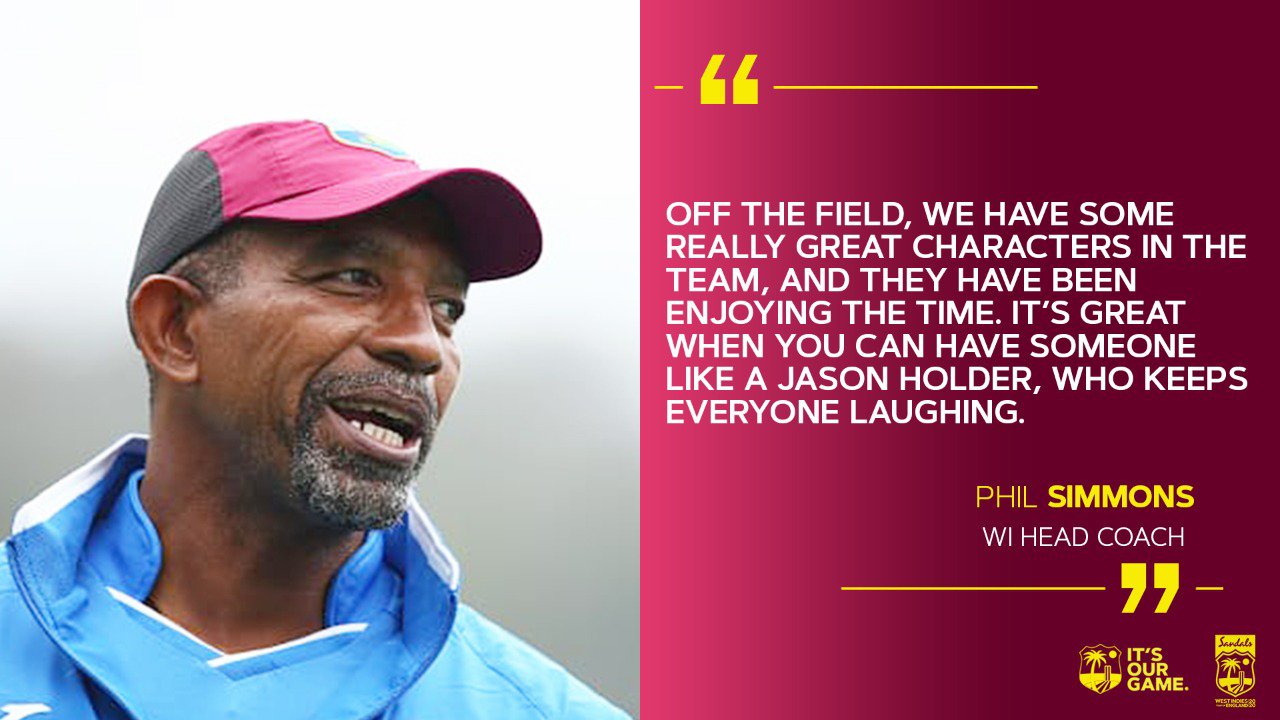 "We play a lot of dominoes … anyone who knows the Caribbean way would know dominoes is a big thing. We also have golf simulators and cards which have kept the guys occupied.” 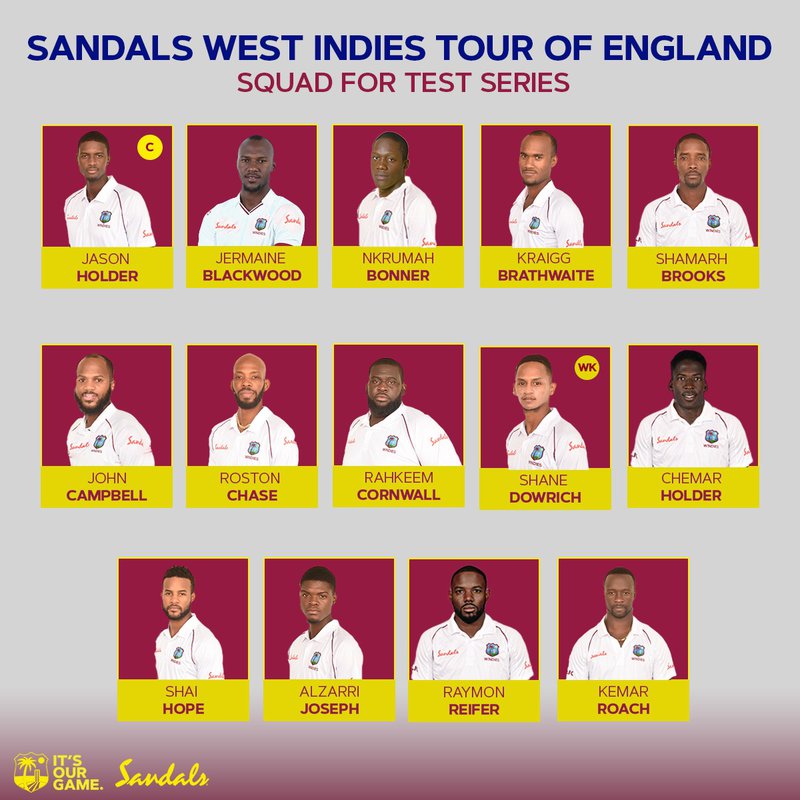 In the build-up to the series they will have two inter-squad warm-up matches in Manchester before they travel to Southampton. All 25 players on tour will participate. The three-day match will be played from Tuesday, June 23 to Thursday, 25 and the four-day match from Monday, June 29 to Thursday, July 2 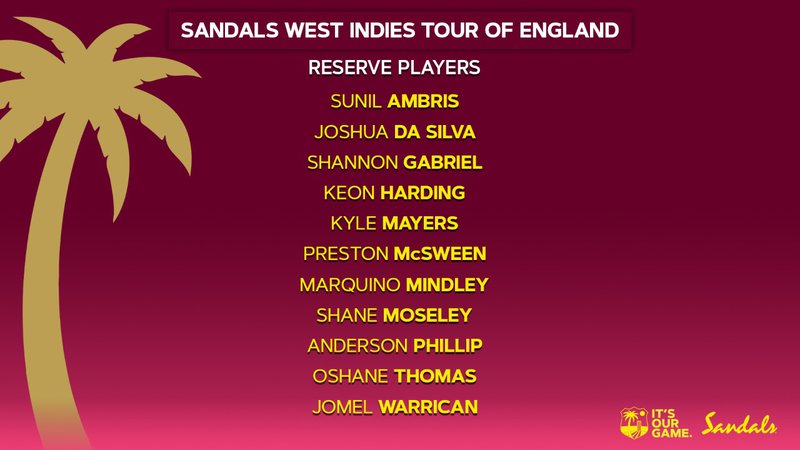