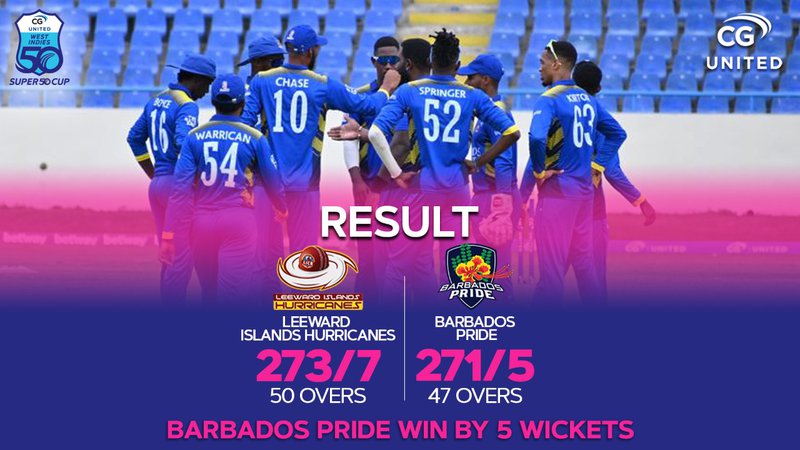 Captain Shai Hope played a high-class match-winning knock to power Barbados Pride to a five-wicket victory over Leeward Islands Hurricanes in their crucial contest of the CG United Super50 Cup.

Faced with a challenging revised target of 271 off 48 overs in the day/night Zone B encounter at the Sir Vivian Richards Stadium, Pride stitched together a vital run chase to reach their target with an over to spare.

At the centre of the effort was the enterprising Hope, the stylish right-hander top-scoring with 88 off 67 balls – his third half-century of the campaign coming three days after celebrating his 29th birthday.

What an innings!💥 @shaidhope smashed 88 runs from 67 balls to receive tonight's CG United Player of the Match!#CGUnitedSuper50 #BringIt pic.twitter.com/kwAP5AzGfr

Opener Zachary McCaskie struck a patient 49 from 70 balls, Nicholas Kirton lashed a breezy 39 from 34 balls while Kyle Hope – weighed in with 36 from 62 balls at the top of the order.

Good stuff with the ball in his first 4️⃣ wicket haul in List A!👏🏿#CGUnitedSuper50 #BringIt pic.twitter.com/fjIHYDoDSx

All-rounder Roshon Primus put the finishing touches on the chase, blasting two big sixes in a sizzling 21 not out off just 10 balls, including the winning runs – a mighty blow over the ropes at mid-wicket off the expensive left-arm pacer Colin Archibald. 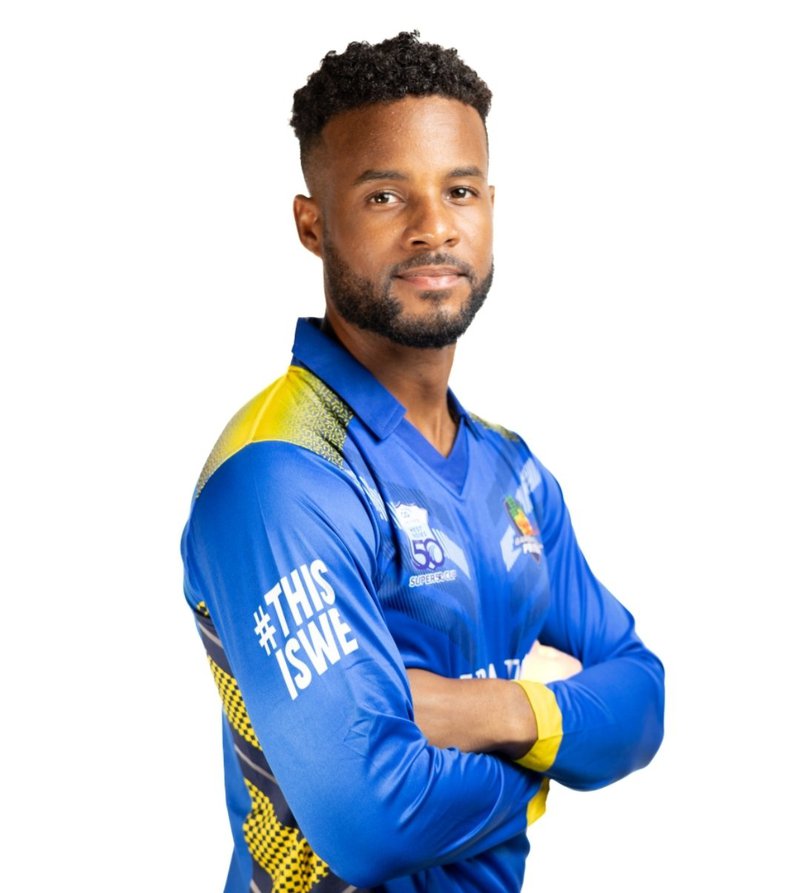 “There’s never a need to panic. I always think we have much more time than we think, and that’s something I like to portray to the dressing room and I think we need to do it a lot more in the West Indian culture. If it’s 10 runs an over [which is required], that literally means we just need 10 runs in the last over to win the game,” Hope said.

Earlier, Hurricanes posted 273-7 from their 50 overs after being sent in, captain Jahmar Hamilton hitting his third successive half-century with 51 off 70 balls, Rahkeem Cornwall getting 46 from 38 deliveries and left-handed opener Kieran Powell carving out 40 from 56 balls.

... and another one 😎 Hamilton has his 3rd half-century of the tournament 👏🏼

In-form right-hander Keacy Carty made 36 while Karima Gore (33 not out) and Hayden Walsh (33) chipped in with key knocks, which appeared to give Hurricanes in the upper hand in the contest.