ST JOHN’S, Antigua – Hayden Walsh Jnr says he is ready to make the step into the West Indies team after being named in the One-Day International and Twenty20 International squads for the upcoming series against Afghanistan. This is the leg-spinner’s first selection to the West Indies squad and came as a result of his heroics for Barbados Tridents in the recent Caribbean Premier League. He took 22 wickets – six more than the next highest wicket-taker – and was the talisman as the Bajans won their second title. The 27-year-old was named the Most Valuable Player. 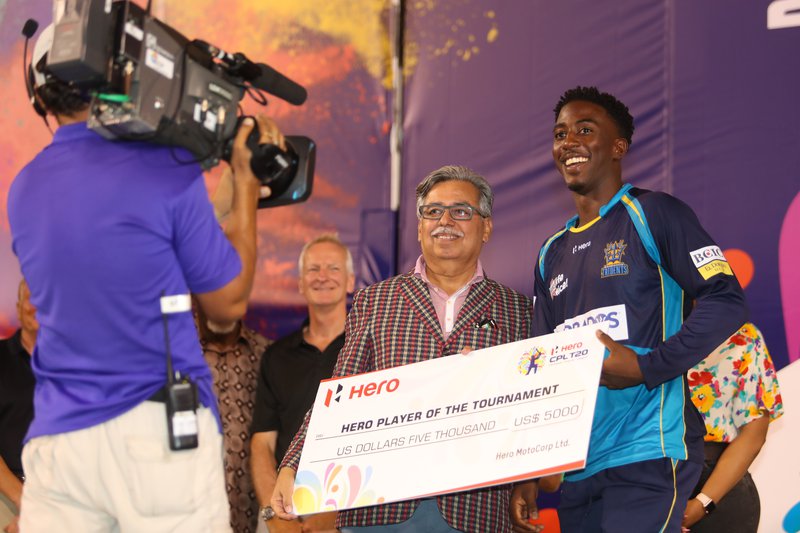 Walsh is a member of Liberta Cricket Club in Antigua where he is teammate of all-rounder Rahkeem Cornwall, who was named in the Test squad. Walsh has represented Leeward Island Hurricanes and Barbados pride in the West Indies Championship (four-day) and Super50 Cup tournaments. He is excited to have the opportunity to represent the West Indies colours.

“It’s one of those boyhood dreams that me and my younger brother Tahir had – he went on to be a star in track and field – and I stuck to the cricket. When I got the call-up my mind flashed back to when we played in the yard with my father, and we were imagining what roles we would play in the West Indies team. Today, my dream is reality, and I’m really proud to be named in the West Indies team,” Walsh said.

“This is just the beginning. I’m just looking forward to getting onto the field and making a name for myself and helping West Indies win – that the main goal. It’s going to be a step-up. I’m going to have to zone in and bring my ‘A’ game. I’m confident I can do whatever the team requires of me. Also, we have a few payers I have played with in the team and I’m familiar with everyone in the West Indies systems, so I know I will fit in with the team unit.”

Walsh has already played at the international level. He made his debut for USA last year and had appeared in a single One-Day International and eight T20s. He grew up in Antigua and honed his skills on the island, under the guidance of his father, the late Hayden Walsh Sr, represented Leeward Islands during the 1980s and 1990s.

“I want to say a special thanks to everyone at USA Cricket and the team-mates in the USA team who made me feel welcomed while I played there. It was a good eye-opener to what it’s like on the international stage and it’s an experience I will cherish.”

“Hayden has been nothing short of outstanding on and off the field for USA since his first selection in 2018. His all-round talent with bat and ball, allied with his world-class fielding, were crucial factors in the USA team gaining ODI status for the first time earlier this year. Of course, we are very disappointed to lose him, but we are glad that USA Cricket was able to provide an international platform for him at an important point in his career, and everyone involved with USA Cricket understands and fully supports his decision, and we wish him all the best for his future career with CWI.”

The West Indies, the reigning ICC World T20 champions, will play against Afghanistan in three T20Is, three ODIs and a Test match. They arrive in India on November 1 and the series goes until December 1. The matches will be played at the Ekana International Cricket Stadium in the city of Lucknow.