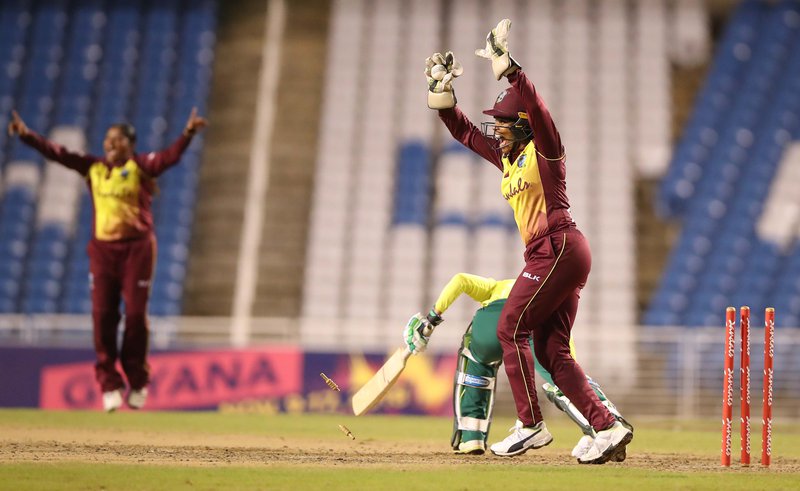 In her primary role as a wicketkeeper, she has over 100 dismissals in ODI cricket, having recently achieving the magical three figures during the home series against South Africa Women in September 2018. In addition, she has over 70 dismissals in T20 internationals (T20Is) from the 95 matches she’s played. 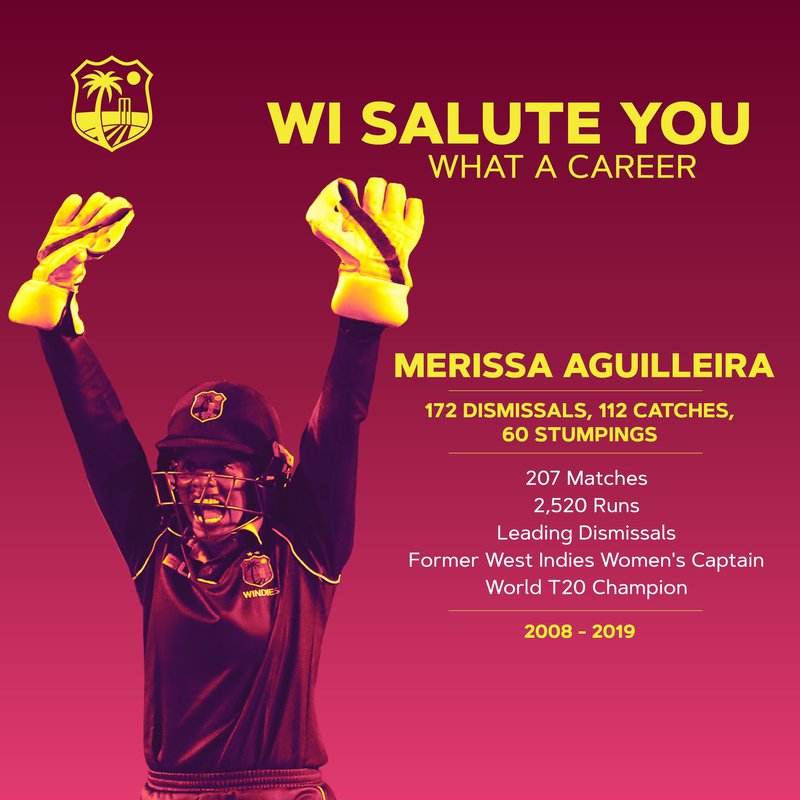 Merissa expressed her gratitude by saying,

“Firstly I want to thank God, He’s been the leading force in my life throughout my journey. I wish to thank all members of the teams with which I worked and that worked with me to secure success in our endeavors to bring pleasure, pride, happiness and inspiration to West Indian people everywhere. Also, I’d like to thank my family who have been the pillar of my strength on many occasions when I needed the encouragement to keep going. Most importantly, to my fans, they’ve always given me that motivation to keep going. I’d like to thank the CWI board members and staff who have supported me in a tremendous way. The Trinidad & Tobago women’s Cricket Association and the Trinidad and Tobago Cricket Board who have really supported me, I want to say thank you.”

“It is an absolute honor to have been of service to West Indies Cricket. This is not the end of Merissa Aguilleira, this is just the beginning of a new chapter. I will definitely be looking forward to working with CWI to make sure that we move the next generation ahead in a positive way. I want to tell the captain of the West Indies Women’s team Stafanie Taylor, all the best. I believe that she’s willing and able to lead the team to another level and we will looking on.”

”From my own experience this cannot be the easiest of times for Merissa. However, her dignity and candor in communicating this decision has been exceptional. The highest of accolades are due to her for a career spanning more than 10 years and which included over 100 ODIs. Far exceeding the statistics, Merissa has been the epitome of professionalism throughout her career whilst consistently upholding the highest possible standards on and off the field.”

“Personally I am very grateful to Merissa for all her help and assistance she gave me since I became Director of Cricket, and I have no doubt that she will continue to add value to the game in the region in the future. I wish her all the very best as she begins a new chapter in her life.”