CAVE HILL, Barbados – Off-spinner Ashley Nurse said confidence will be one of West Indies’ assets in the upcoming World Cup in England. 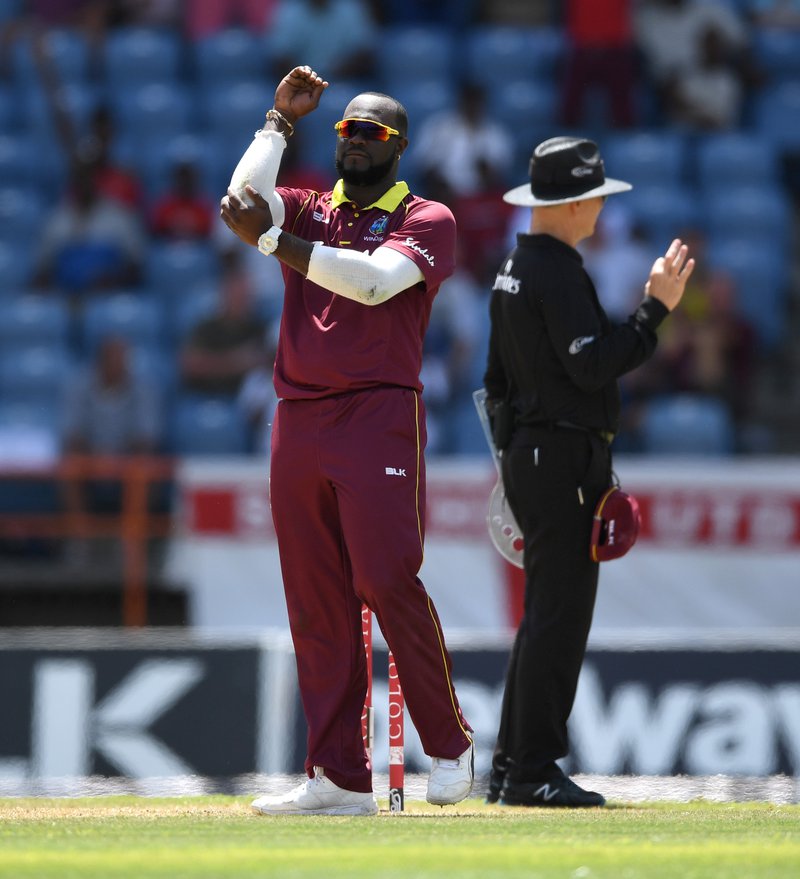 The 30-year-old has been part of the ongoing training camp here at the Cave Hill campus of the University of the West Indies, in preparation for the Tri-Nation Series in Ireland, starting next week, and was also named Wednesday in the 15-member World Cup squad.

“We’re always confident,” said Nurse, who has emerged as the frontline spinner in the Windies unit.

“If you go back to even the England series, I think no one gave us a chance, but I think the way we played in that series showed we can rally with the big boys at any level. Once we play to our full potential, we can go all the way.”

While not among the favourites to win the World Cup, West Indies have been installed as one of the outsiders, especially after their performances in the five-match ODI series against World No.1 England, when they drew 2-2.

Nurse said if the Windies are to make an impact, they will need to execute well in their batting and also lift their game in the field.

“We need to bat well in every game and the fielding has to be up to par,” he said.

“In England, the wickets are generally really good, so if we bat well and cut some runs in the field, the bowling should take care of itself.”

West Indies are in the second week of the training camp where players have worked closely with new interim head coach, Floyd Reifer, along with his assistants Roddy Estwick, Corey Collymore and Rayon Griffith.

In a practice game on Tuesday at the Three Ws Oval, West Indies beat a Barbados Cricket Association XI, with several players finding their touch with bat and ball.

Nurse said though the camp had been impactful, the practice matches were important in getting players to implement their skills.

“Always being in a game is very valuable,” he said. “Obviously, you work on your skills in the nets, but it’s very important to put your skills into a game setting. I think the guys had a decent run out – the batsmen batted well, and the bowlers came and followed suit.

“The training camp has been very intense. The guys have been putting in some hard work working on their skills. I’m seeing batsmen batting a lot of balls, batting for hours, and you’ve had bowlers bowling for hours, so it’s always good to be intense, but also to have some fun doing what you love.”