West Indies will make the switch from the white ball to the red ball when they take on the Afghanistan Cricket Board XI on a four-day warm-up match, starting Wednesday. This will be the main component as they step up preparations for the one-off Test match against Afghanistan at the Ekana Cricket Stadium in the Indian city of Lucknow. 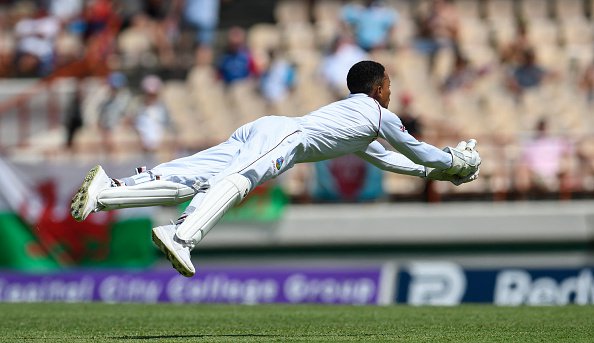 West Indies had two days of intense preparations and one player eagerly looking ahead to the fixture is wicket-keeper Shane Dowrich, who is making a return from an ankle injury – which forced him to miss the two Test matches against India in Antigua and Jamaica in late August and early September.

“I’m happy to be back … happy to make a return to the team … always great to put on the maroon cap and make a contribution to the West Indies team. There’s something truly special about playing a Test match. I’m really looking forward to doing whatever the team requires for us to win,” the 28-year-old said.

“The injury put me out for the two Tests against India and it was kind of tough looking on from the outside and not being able to participate in those matches… but injuries are all a part of sport and you have to get yourself together and get back on the park.

Dowrich has been a steady member of the Test set-up. He has played 30 Test matches and scored 1,402 runs – with three centuries – a highest of 125 not out which came against Sri Lanka at Queen’s Park Oval in Trinidad, last year.

So far this year he has made three Test appearances – against England at home in the three-match Wisden Trophy Series which West Indies won 2-1. He scored 204 runs (average 51) with a top score of 116 not out in a remarkable second innings stand with captain Jason Holder during the historic victory in Barbados.

“The conditions here are different to those back home in the Caribbean. The pitches spin a lot more and the outfields are a lot faster. The preparations for our team have been going really good. It’s a good opportunity to see where you are as a player to get acclimatized and ready for the Test match.”