Thomas hit nine fours and one six to lead the way with an unbeaten 78 from 91 balls, earning his second Player of the Match award for the tournament, and Hamilton struck seven fours and three sixes in 77 not out from 114 balls to lead a successful chase of 191 for the Hurricanes in their Group A game.

Thomas and Hamilton shared 159 – unbroken – for the fifth wicket to revive the Hurricanes, after they stumbled to 32 for four in the eighth over, returning the hosts to winning ways following two successive losses against group leaders Barbados Pride.

The partnership between Thomas and Hamilton established a new mark for the Hurricanes, eclipsing a stand of 136 between Rahkeem Cornwall and Terance Warde against Guyana in February 2018 at the Coolidge Cricket ground. 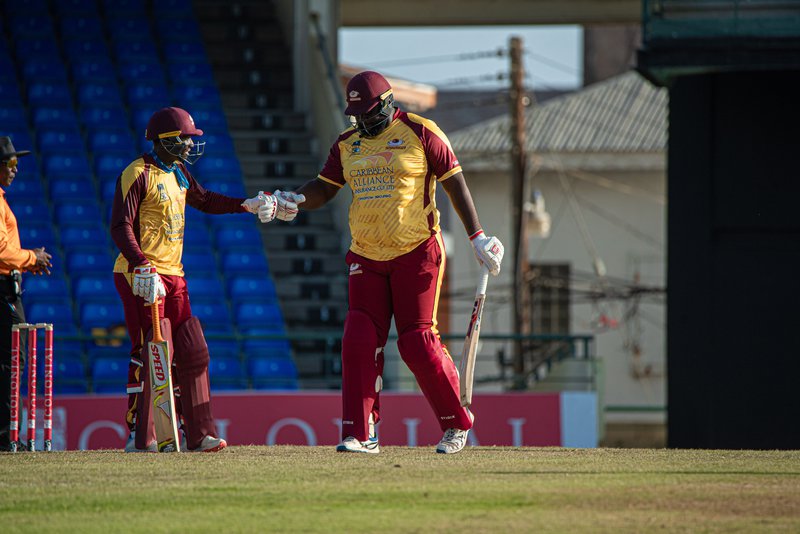 It also set an overall record for the West Indies Super50 Cup, displacing a stand of 147 between Andre McCarthy and Jermaine Blackwood of Jamaica Scorpions against Trinidad & Tobago Red Force six years ago at Sabina Park in Jamaica capital.

Hamilton formalised the result for the Hurricanes with 54 balls remaining, when he swung Akeem Jordan over mid-wicket for six.

The result kept the Hurricanes firmly fixed in second place in the standings on 16 points with four wins from six games and ended the Marooners’ bid to reach the semi-finals of tournament, ensuring a new champion will be crowned on December 3 at the Queen’s Park Oval in Trinidad.

The Marooners batting again failed to ease concerns about their stability, after they were put in to bat on another docile Conaree Cricket Centre pitch.

Former Jamaica Scorpions captain Paul Palmer hit the top score of 50 from 82 balls that included four fours, and three other batsmen got starts without carrying on – Jonathan Drakes made 29, and Gian Benjamin and tailender Jerlarnie Seales got 28 apiece. 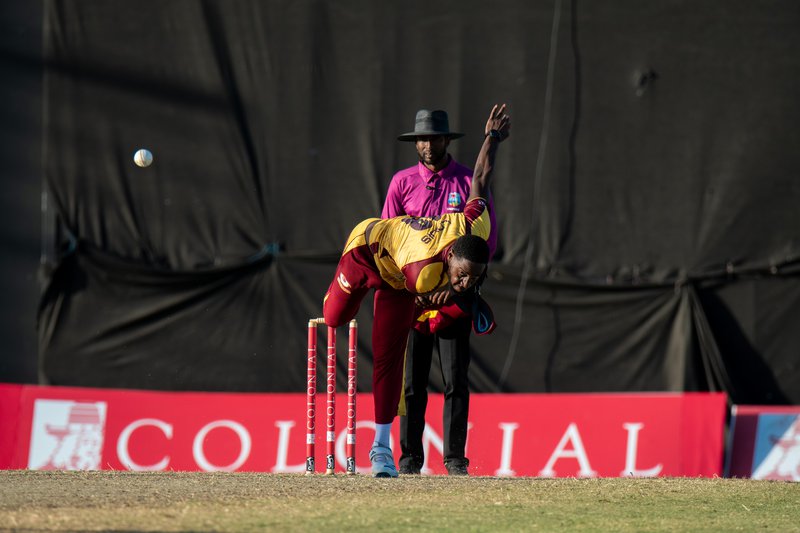 Group “A” games continue on Wednesday, when group leaders Barbados Pride face Jamaica Scorpions in a daytime contest, starting at 9 a.m. at Conaree. This game will be webcast “live” on the CWI website, www.windiescricket.com, and the Windies Cricket You Tube channel.