Shamilia Connell had the English batters on the backfoot early in the powerplay as she removed both openers, Tammy Beaumont and Danielle Wyatt in the third over, to register a much better performance in her opening spell that what she had in the second match last Wednesday.

Deandra Dottin returned to international bowling for the first time since February 2019 when the West Indies Women played three T20I matches in Karachi Pakistan. Dottin and the other West Indies bowlers were able to constrain the English batters for most of their innings except for the nineteenth over, when they were able to score 17 runs off Stafanie Taylor. 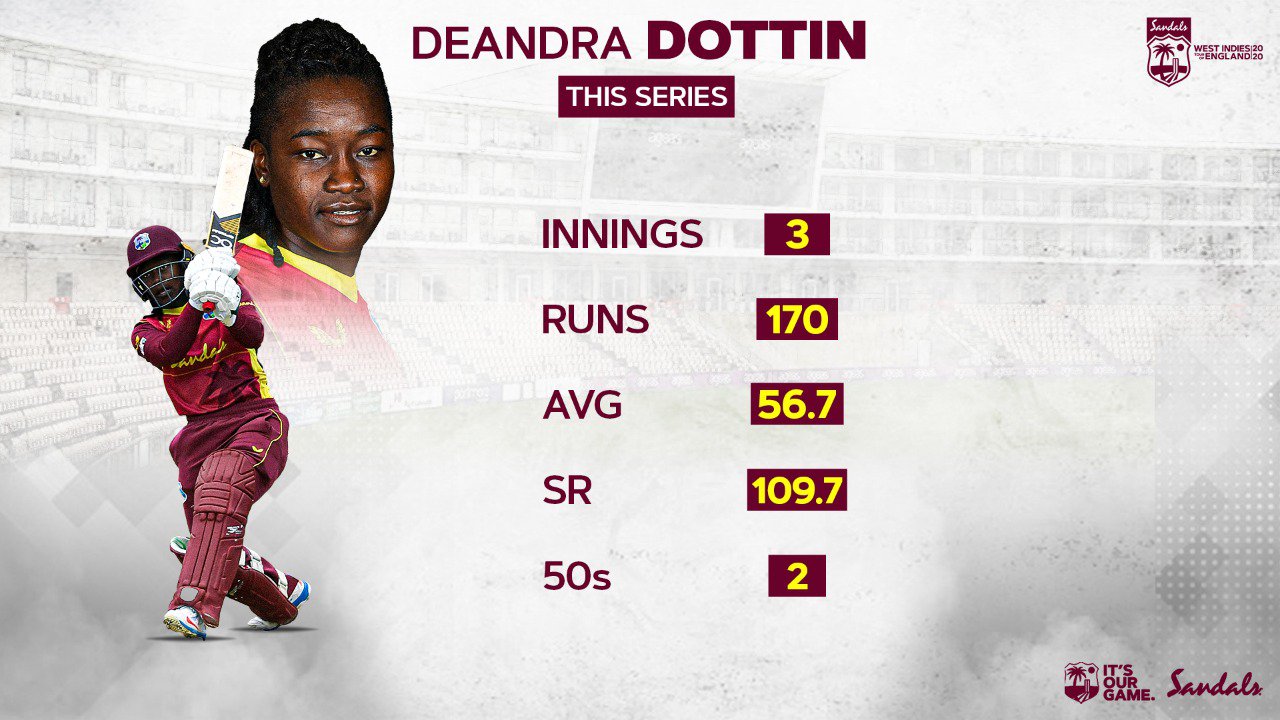 England Women finished their innings on 154/6. Nat Sciver was their top scorer with 82 followed by captain Heather Knight with 29. Shamilia Connell was the pick of the West Indies bowlers, finishing with figures of 2/13 from three overs, followed by Deandra Dottin with 2/29.

Deandra Dottin once again started the West Indies run chase, blazing bats, as she notched four boundaries inside the powerplay. But two quick wickets of Lee Ann Kirby and Shemaine Cambelle, saw the scoring rate dip just for a moment. Hayley Matthews batting at number four and Deandra started the innings rebuild. The pair posted a 48-run partnership before Matthews was trapped LBW for 21. 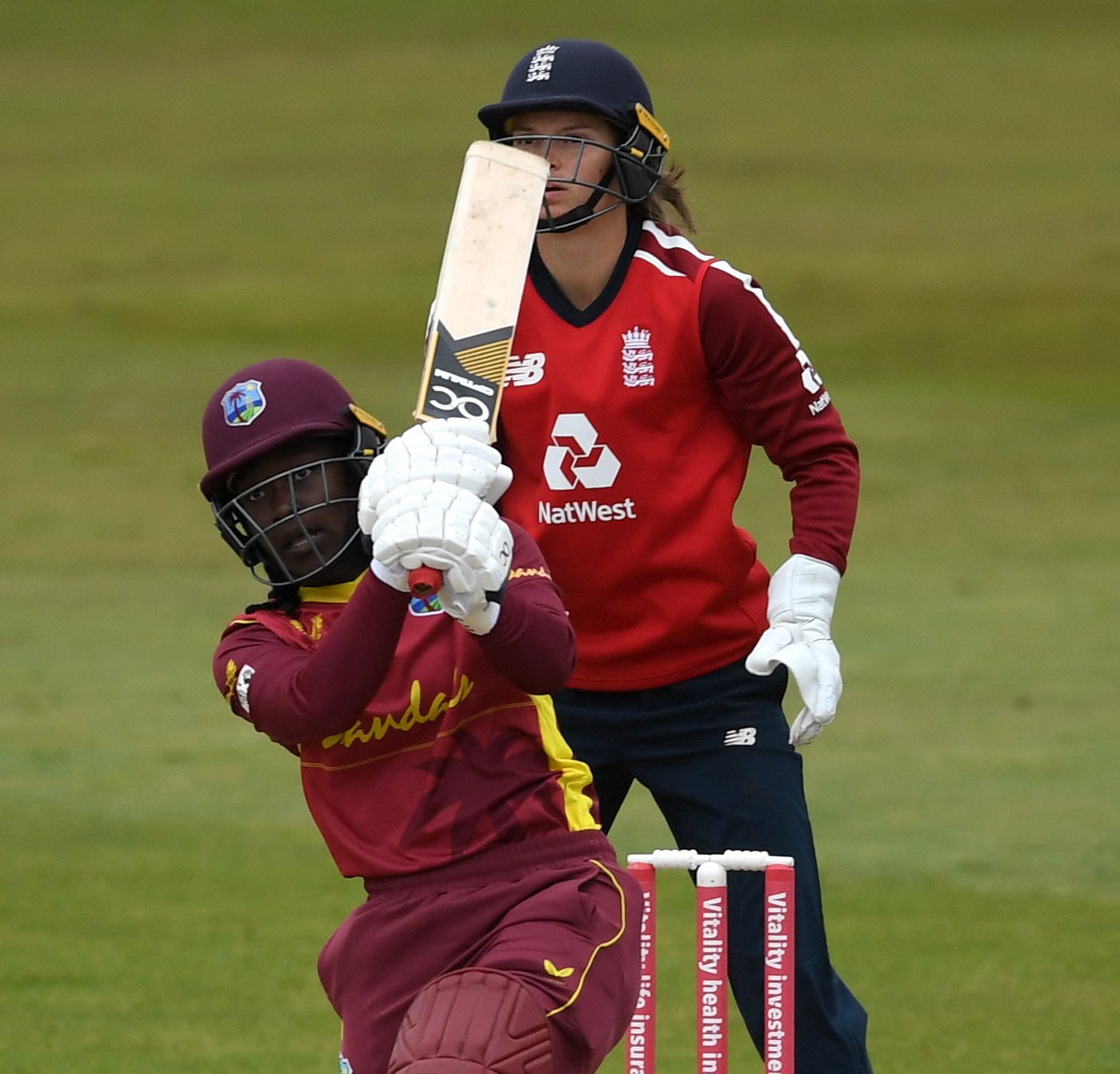 Dottin in her prolific return to international cricket, reached 2500 T20 International runs on her way to a West Indies Women’s top-score of 63 off 56 deliveries, which included 9-fours and six.

West Indies were at one stage 83-2 in the 13th over but lost momentum in the second half of the innings and finished on 134-5 – 20 runs short of the target. The win gave England an unassailable 3-0 lead with two more matches to be played on Monday night and Wednesday night at the same venue.