Do you remember? The 25th night of September? The year was 2004, 16 years ago today, and the entire cricket world had its eyes glued to The Oval in London. England had just snatched the crucial wicket of Shivnarine Chanderpaul for 47 priceless runs and in walked Ian Bradshaw to join Courtney Browne. The home side was now two wickets away from celebrating the ICC Champions Trophy title and the visitors were still 71 runs adrift. The England fans were jumping in the stands eager to take home the coveted prize; the West Indian faithful had their heads bowed, awaiting the death knell.

However, the resilience and fighting spirit showed on that day by the indefatigable Bradshaw and the equally unflappable Browne, combined to created one those truly memorable moments in West Indies Cricket history. Today, 16 years later, fans still Remember The Names. As expressed by Bradshaw, he was becalmed by the presence of Browne at the other end – they were teammates for Barbados and in club cricket.

Bradshaw said at the time: “When I walked out to bat with Courtney, it was just one of these games. We’d played a lot of cricket together, he was my captain for so many years. I just joined in and said, ‘Skip, what do we do now?’ He said that we have a lot of overs to bat and the asking rate was not anything challenging. Honestly, I felt that it was our game to win once Courtney and I batted close to the end. 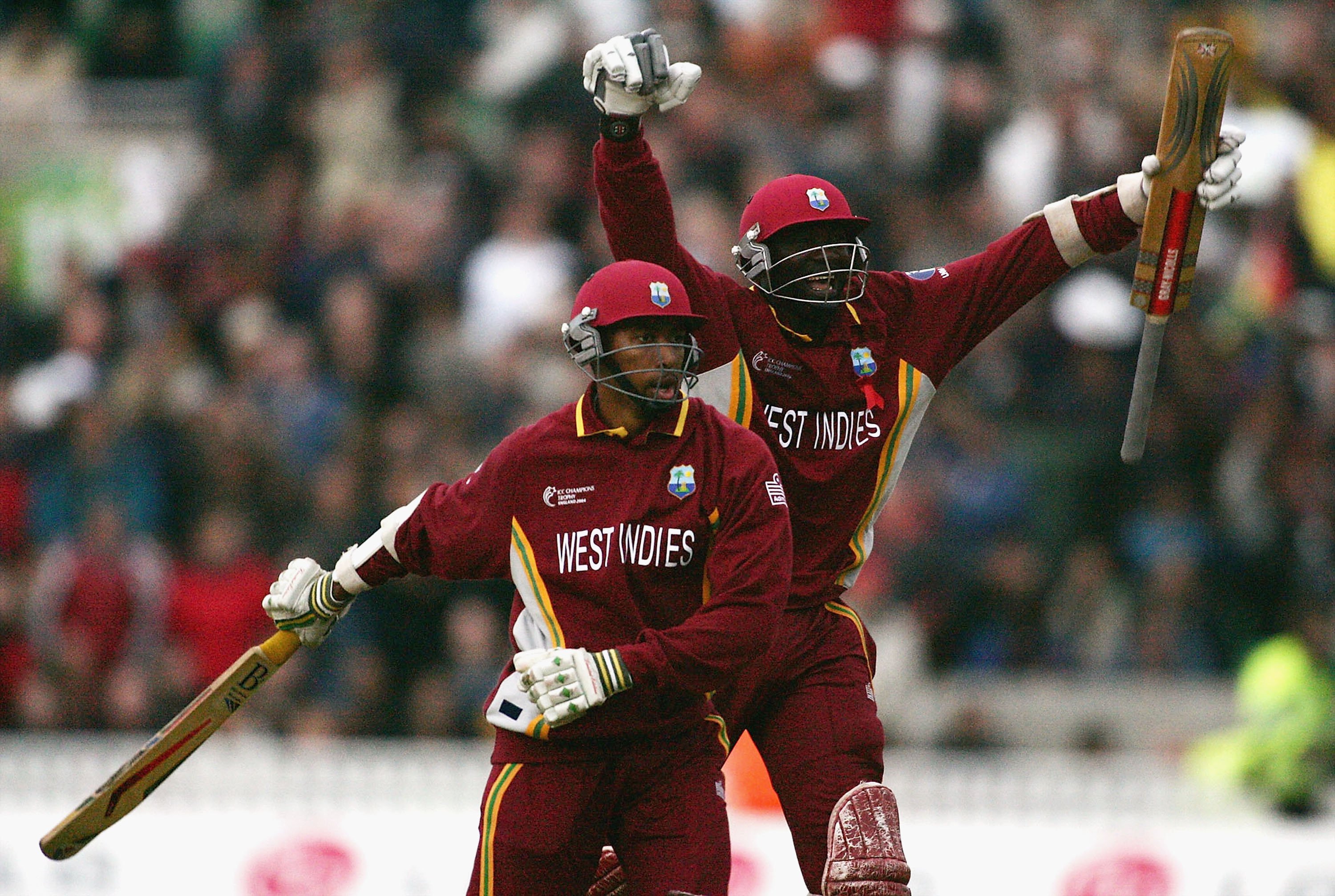 “The significant percentage of crowd has been very much in our corner and the atmosphere created an energy that we just rode on. We had played against the English earlier in the summer and knew what were the threats that we had to overcome. Once we stood firm from their initial attack, the pressure was more on them than us.”

At the time, Bradshaw averaged a mere eight runs per innings in ODIs for the West Indies and had a best score of 12. However, he showed his mettle and by the end of the night, the West Indies players and staff rushed the field to celebrate the famous victory.

Head Coach, Gus Logie, said he felt the emotions of “elation and relief” in the winning moments. He also credited the belief and discipline of the squad, along with the commitment to team values shown by the players, as being integral parts of forming that championship winning unit. The moment when captain Brian Lara hoisted the trophy brought immense joy to many across the Caribbean after Hurricane Ivan had swept through the region and left a path of destruction.

“We had introduced a system where players were given the opportunity to meet in the gym each morning (for a group session) and have breakfast together afterwards. The two players who stood tall in the finals, Browne and Bradshaw, were the two players with the highest attendance. I don’t think that is a coincidence.” 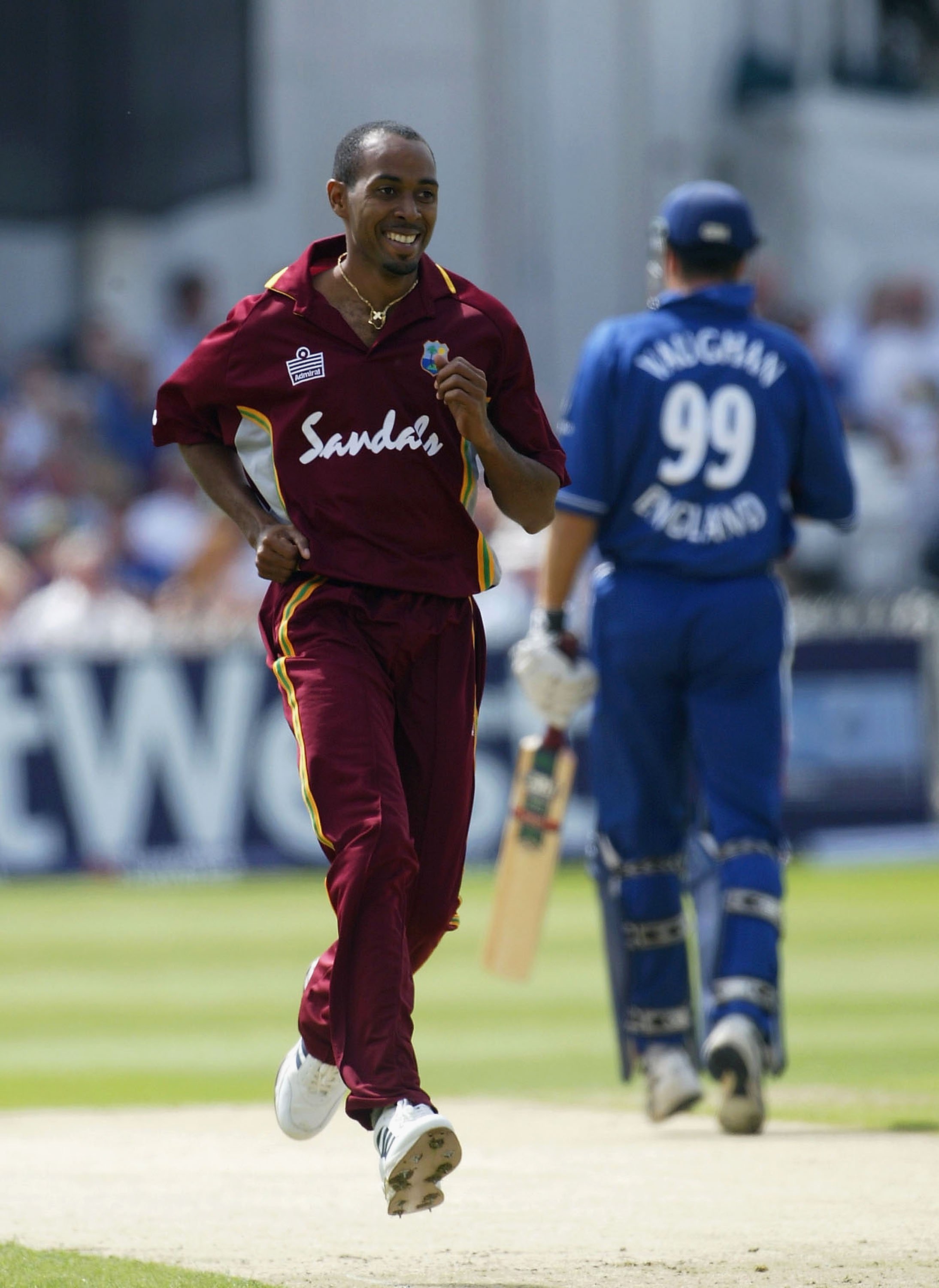 This was actually the West Indies’ third global win in limited overs cricket following their triumphs in the 1975 and 1979 World Cups under the leadership of Clive Lloyd. It marked one of captain Brian Lara’s finest hours of his illustrious career.

It was two weeks before his 21st birthday, and Dwayne Bravo, was a livewire allrounder in this team. He enjoyed his first global triumph. As a rookie he idolised the great Lara, and would later go on to play a leadership role when the West Indies scored other major victories in the ICC T20 World Cups in 2012 and 2016 under the leadership of Daren Sammy. According to Bravo, his first international tournament win definitely makes it into his top moments in maroon.

“I was closest to Brian Charles Lara, because he was my idol growing up and the captain of the team. I was elated to be a part of his team and be able to share such a moment with him,” he said.

The iconic imagery of Courtney Browne and Ian Bradshaw hugging after that match, remains etched in his memory.

“It remains a symbol of the strength and fight we have shown over the years in all walks of life as Caribbean people,” Bravo added.

Bradshaw also recalled how it felt at the time and how it has remained with him 16 years later.

The outpouring of emotion at the end of the game at the ground was reflecting West Indian pride for another moment to show the world our ability. Having come into the game as underdogs, it seemed that every other nationality other than English was behind us. We believed in our strength from the beginning but had to prove it every step along the way,” he said. “I have been told countless stories about how our fans back home across the region had followed the tournament and the elation that was felt when that winning shot was made. It's those moments that every West Indian cricketer lives for.”