Shai Hope’s century in the first ODI of the series in Colombo took his overall ODI average to 52.76 and his average in Asia to an absurd 123.66. A failure in the second ODI saw his average slip slightly but among players to have scored more than 1000 ODI runs in Asia no player has a higher average than Hope’s 116.40. 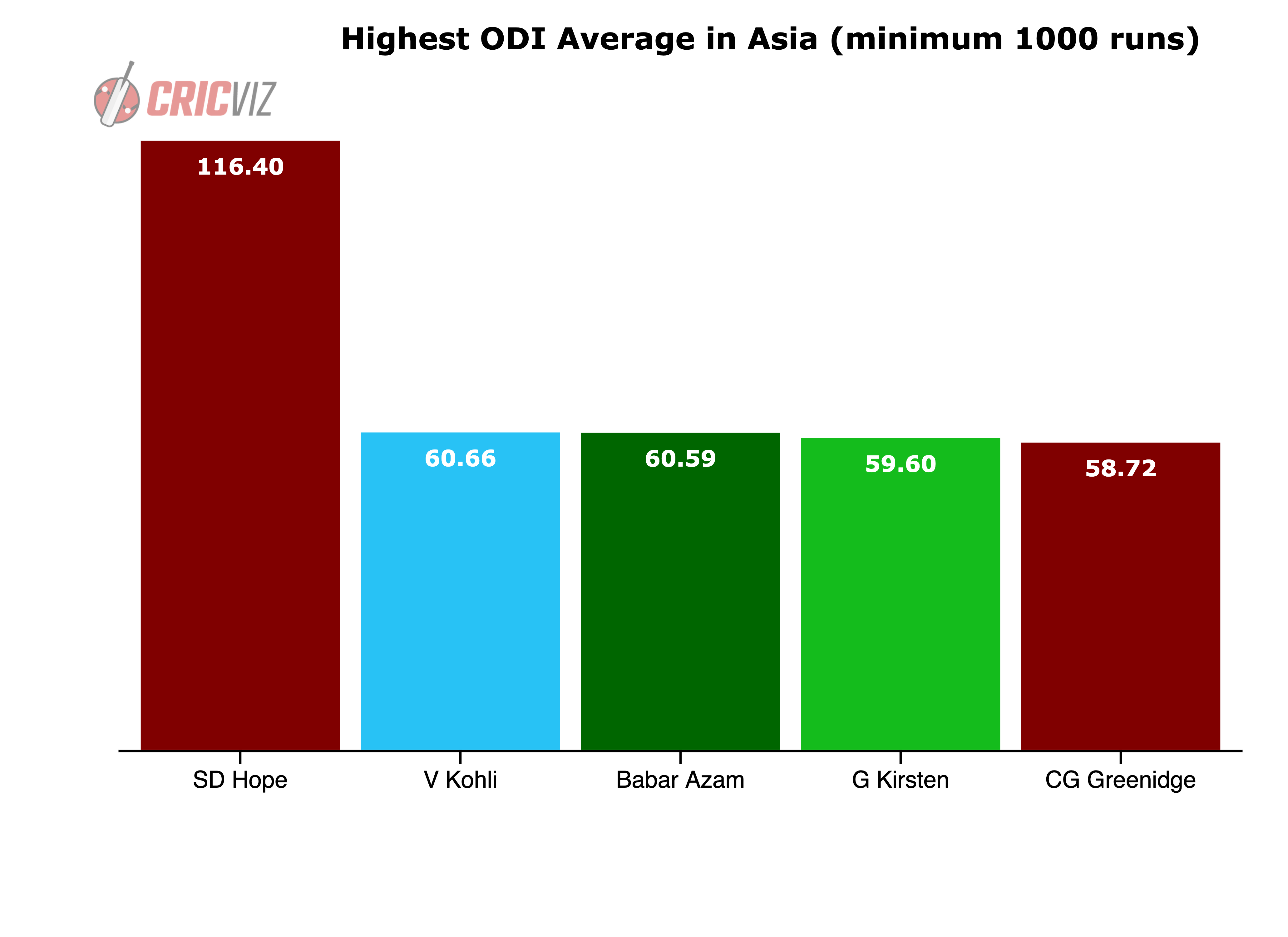 The West Indies star bowler in the first ODIs has been the speedster Alzarri Joseph, who has taken six wickets across the two matches, at an average of just 16.50 runs per wicket. Joseph has been in excellent form this year: across five ODIs he has now taken 14 wickets at an average of 14.28 runs per wicket - the best of any player from a Full Member nation to have taken at least 5 wickets in the format. 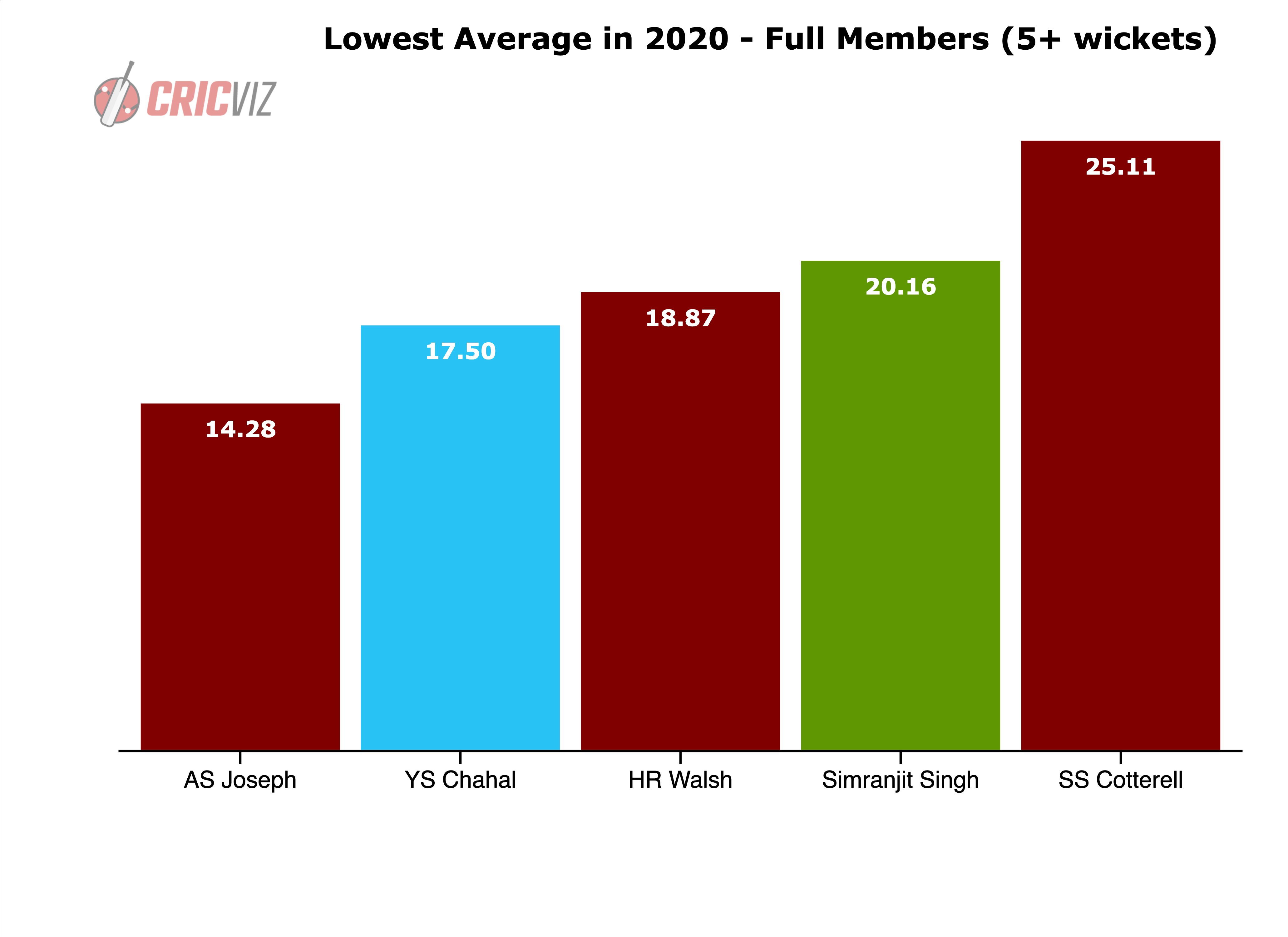 The second ODI was dominated by the superb partnership between Avishka Fernando and Kusal Mendis worth 239 runs. That makes it Sri Lanka’s third highest ODI partnership for any wicket. The pair arrived at the crease with the score 9 for 2 and were separated when the score was 248. Together they lifted Sri Lanka from early peril into a position of dominance. 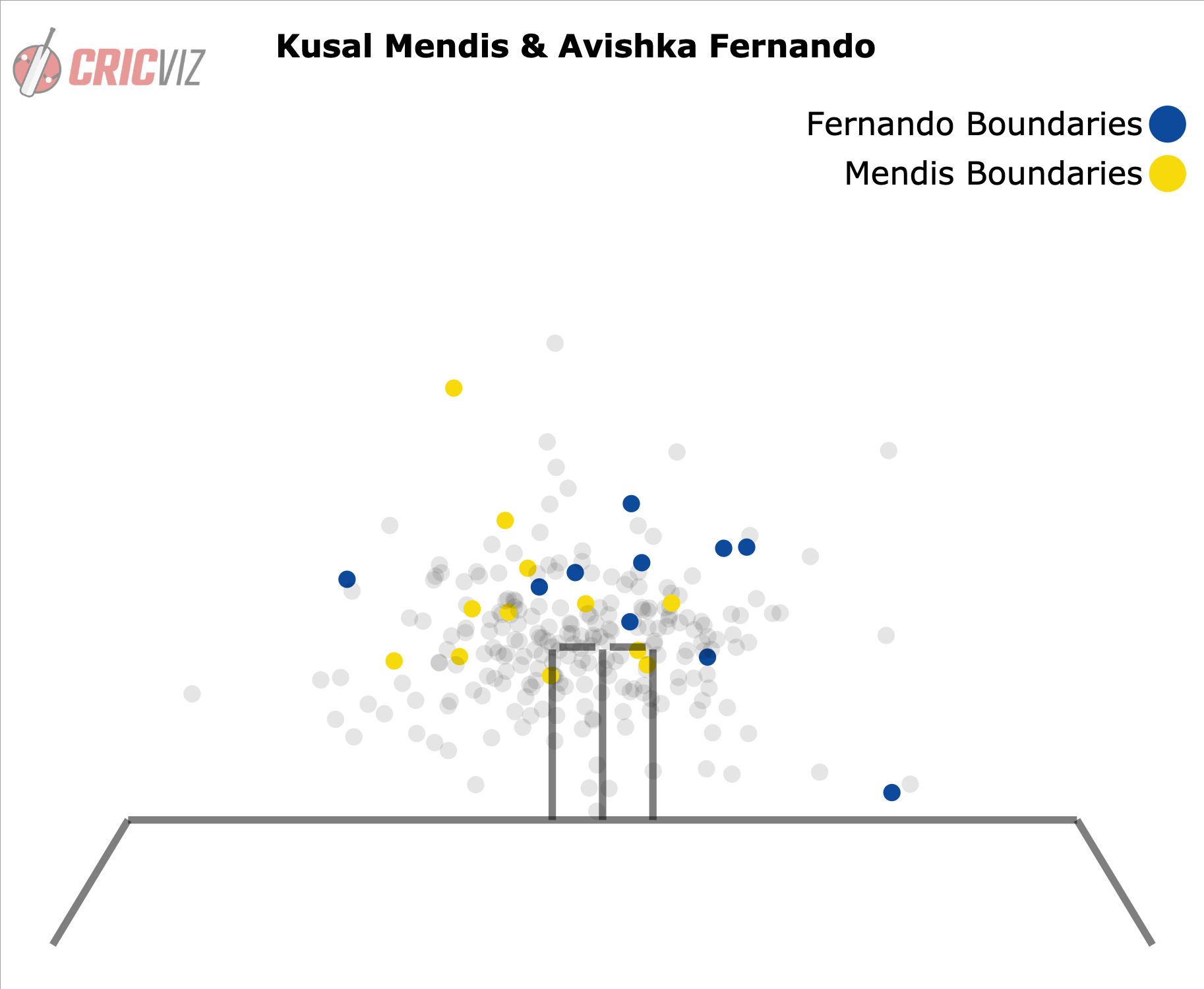 Sri Lanka’s total of 345 in Hambantota set a new record for the highest ODI score to not include a single six. The previous highest was England’s 333 for 6 v Australia in 2011.

PACE IN THE FIRST ODI; SPIN IN THE SECOND

Sri Lanka have had success with both bowler-types in the first two ODIs. In Colombo it was their quicks that did the damage - taking five for 181, while their spinners did not take a wicket; in Hambantota their spinners took 6 for 87 while their quicks took 3 for 96. The fact that different bowler-types have troubled West Indies is a cause for concern moving forward.