The Home of West Indies Cricket
News
/
Special Feature
/
Captain Polly: How would he lead his troops into the T20 World Cup?

Captain Polly: How would he lead his troops into the T20 World Cup?

Kieron Pollard is a white-ball legend. Only two men in the history of T20 cricket have scored more runs than Pollard, two other bona fide greats of the format in Chris Gayle and Brendon McCullum. His wealth of experience in T20 is almost incomparable, and the decision to give him the West Indies captaincy makes complete sense. Bring that experience to the fore, and the T20 World Cup could well be returning to the Caribbean. 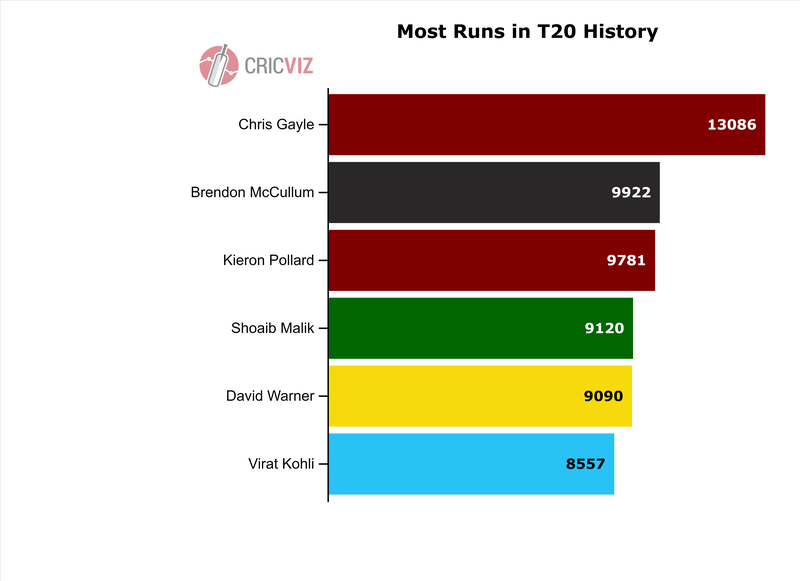 Indeed, his ascension to the captaincy could not be more timely.

With the T20 World Cup now under a year away, there is no more time for confusion - Pollard needs to work out his strategy, establish his core playing group, and refine everyone's role in the XI. So what are the key questions he needs to answer in this series?

Heavy Hitter Pollard entertains at the West Indies vs India T201 series in Florida. WATCH BELOW!

Which of the CPL stars have what it takes?

The Caribbean Premier League is such a fantastic tournament. High quality, colourful and competitive, it has produced some wonderful cricket for the last few years, as well as more than a few players. Some have made the step-up to international cricket with ease (Nicholas Pooran, Shimron Hetmyer) whilst others have found it a bit tougher to bring their domestic form onto the next level (Oshane Thomas etc).

Hayden Walsh Jnr, the exciting leg-spinner who has dominated with Barbados Tridents this season, could be the answer to the tricky spin bowling spot in the Windies XI.

Khary Pierre, the left-arm spinner from Trinidad, is another potential spin option, and whilst he's 28 years old he's only played four international matches in any format. Pollard will want to give either of them greater exposure to the top level before the tournament next year.

Brandon King showed that he certainly has what it takes at the top of the order, but that is a far more crowded area of the squad - he'll have to overcome several strong, established players if he's to do so, and Pollard will have to make a call as to whether King initially has to make that case in the middle order.

#AFGvWI Congrats to Brandon King on his ODI debut for the #MenInMaroon! He receives his cap from none other than @Coachsim13 himself! 👏🏽👏🏽🌴🏏 pic.twitter.com/GMAcnqEBM6

The challenge for the captain will be to ensure the domestic stars get enough of an opportunity to incentivise the others in the CPL, whilst not throwing them in out of their depth, or disrupting the core of what is a very strong squad.

Who takes the new ball?

The identity of the Windies new ball attack is clearly up for grabs. In the last two years, no West Indies bowler has taken more T20I wickets in the Powerplay than Sheldon Cottrell. His seven wickets (at a strike rate of 17.1) represent a compelling case for being given the new ball, as well the fact his left-arm angle offers useful variety to the Windies attack.

A MUST WATCH! You may remember this match from Carlos Brathwaite's (almost match-winning) century but also check out Cottrell's amazing performance of 4 wickets, a spectacular run out and 3 brilliant catches! Plus you get to see the SALUTE!

Alzarri Joseph on the other hand has the best strike rate of any Windies seamer in the Powerplay, shortly followed by Cottrell and then Kesrick Williams. This series isn't likely to be the conclusive moment in the search for a new ball bowler, but it will give established stars the chance to build a clearer numerical case for selection, in advance of the tournament. 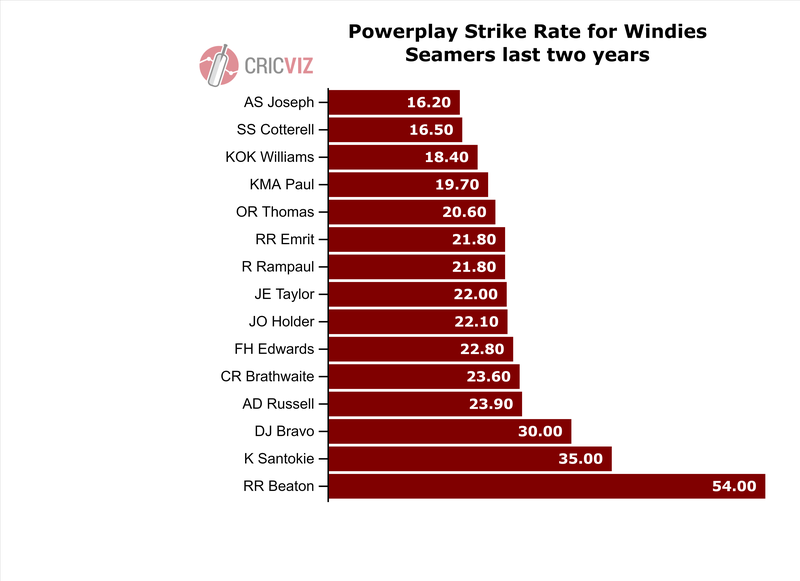 What to do with Andre Russell?

He's not involved this time around, but Andre Russell could pose something of a selection quandary for the Windies staff in 12 months time. Questions about his fitness are beginning to dominate the conversation around him - but if he's fit, then he may be involved.

@ar12russell shares his training routine with fans on his Instagram page.

In the mean time, Pollard may need to develop a potential alternative finisher. It's a different role to "back-up", because they need to be absolutely ready to play. As a result, it's important that we remember Pollard is still amazing with a bat in his hand. He's made 1250 runs in 2019 alone, at a scoring rate of 8.88rpo - it cannot be underestimated how important his own contribution to the Windies team is. As such, he needs to ensure that the captaincy doesn't affect his form, though his actual record as captain suggests it won't be a problem. As skipper, he scores more runs (averaging 36.87 compared to 29.45), quicker (9.15rpo compared to 8.97rpo), and with less risk (dismissal rate 24.1 compared to 19.6).