Windies chose to bat first in Barbados, even though they have not been known for their fast starts in ODI cricket in recent times. Since the 2015 World Cup, only Ireland, Afghanistan and Zimbabwe score slower than they do in the first ten overs, and no team has a worse dismissal rate than they do at that stage of the innings.

Chris Woakes and Mark Wood opened the bowling for England. Since the 2015 World Cup, the pair have performed at opposite extremes during the first ten overs, according to CricViz’s Player Impact model.

Of the seamers vying for a position as England's new ball bowler, the current pair are at opposite extremes in terms of CricViz's Player Impact model. Since the 2015 WC, Woakes has an average Impact score of +8.7 runs per game, while Wood's is -5.9. #WIvEng pic.twitter.com/X7YnoXz7kG

Woakes bowled slower balls with 46% of his deliveries in the Powerplay, the highest he’s ever registered in an ODI innings. It was a continuation of a recent trend that has seen him bowl the third highest percentage of slower balls in the first ten overs since the 2017 Champions Trophy.

Chris Gayle made a sedate start to what would turn into a thrilling hundred. He was dropped on 9 from the 34th ball he faced. At that point in the innings, it was only the fourth ball he’d attacked.

The ball that Gayle was dropped was one of only four balls he'd attacked in this innings. Until that six off Moeen, he'd preferred to work the ball around when England targeted his body and left the majority of balls wide outside his off stump. #WIvEng pic.twitter.com/N2E1LRHw3x

Gayle came to life after the first Powerplay came to an end. His strike rate in the first ten overs was just 30.76. From that point onwards, it soared to 103.44. 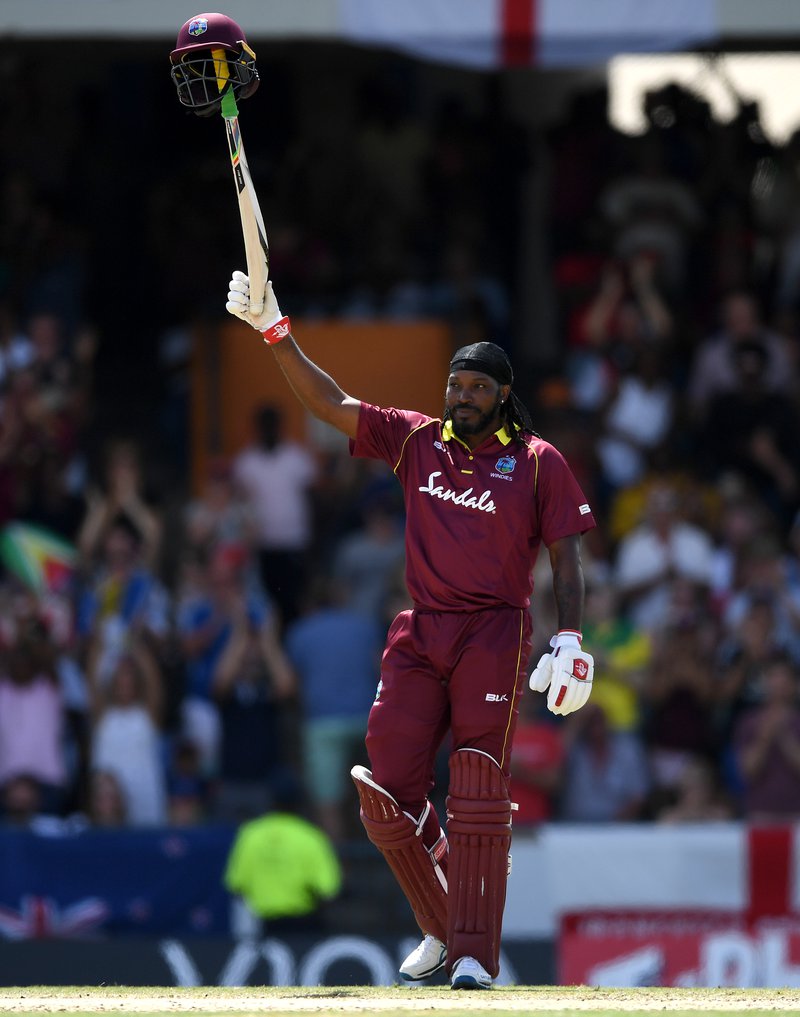 After 20 overs of Windies’ innings, 52.8% of the balls they had faced were dot balls. That was the lowest they had recorded at that stage of an innings since January 2014. The boundaries were yet to come, but Windies were building a platform through rotation of the strike and running singles hard.

Windies hit 23 sixes, the most any team has ever struck in an ODI innings, surpassing the 22 that New Zealand hit against Windies in January 2014.

46% of the balls Adil Rashid bowled were googlies, the highest percentage he’s ever bowled in an ODI innings.