West Indies will make at least four changes from their most recent ODI when they take to the field against Afghanistan on Wednesday. Chris Gayle, Carlos Brathwaite, Fabian Allen and Kemar Roach all played in Trinidad against India back in August but are not part of the 15-man squad for the upcoming series.

Gayle’s absence presents a chance for Brandon King to take his place at the top of the order. The 24-year-old Jamaican was the leading runscorer in this year’s Caribbean Premier League, smashing 496 runs in 12 innings for Guyana Amazon Warriors. 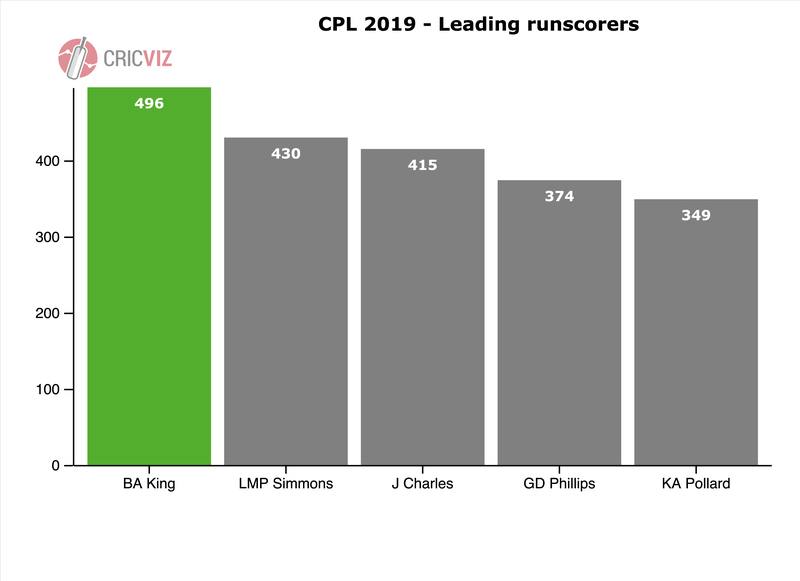 King is an exciting prospect who will look to get West Indies off to a flyer, should he make his debut in Lucknow this week. In his T20 career, he attacks 60% of the balls he faces in the Powerplay overs, even more than his likely opening partner, Evin Lewis (55%). West Indies will be laying a clear blueprint that they want to attack from ball one and make a fast start if possible, with the safety net of the more circumspect Shai Hope to come in and anchor the innings at number three.

Below them, Kieron Pollard is set to play his first ODI since 2016 as he captains the side for the first time since 2013. Pollard will form part of an explosive middle order alongside Shimron Hetmyer and Nicholas Pooran with Jason Holder and Keemo Paul set to provide even more firepower late in the innings.

That middle and lower order has the potential to address one of the problems that West Indies have had in recent years, namely scoring quickly during the death overs. Since the 2015 World Cup, only Sri Lanka have registered a lower boundary percentage than the men in maroon. They certainly now have the tools at their disposal to put that right in the next World Cup cycle. 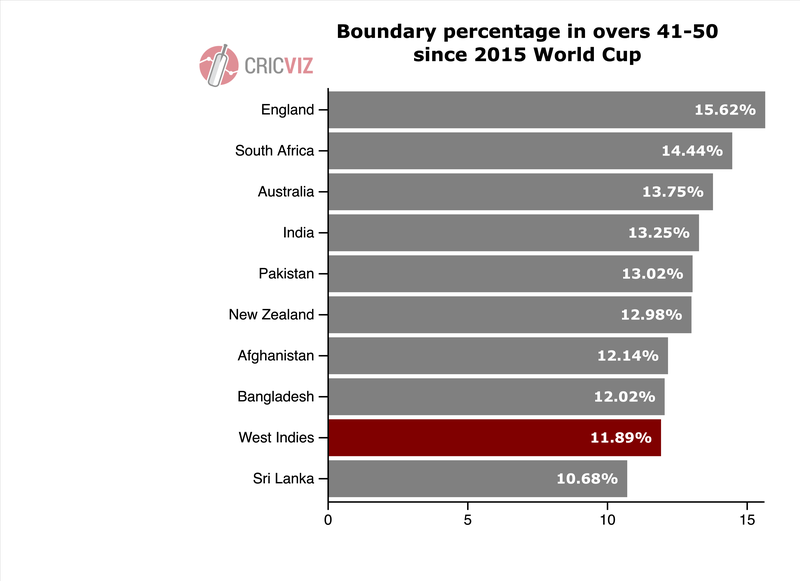 The bowling attack for the upcoming series is likely to have a fresher look. Sheldon Cottrell will resume his position as the leader of the attack after an impressive World Cup, but he will likely be joined by at least one debutant as Romario Shepherd, Khary Pierre and Hayden Walsh Jr. all jostle for selection.

All three of the potential starters have found their way into the ODI squad off the back of impressing in the CPL. Walsh burst onto the scene this year with his leg-spin, propelling Barbados Tridents to the title with 22 wickets, the most of any bowler in the competition. On the spin-friendly surfaces in Lucknow, Walsh will be a handful for Afghanistan’s batsmen. 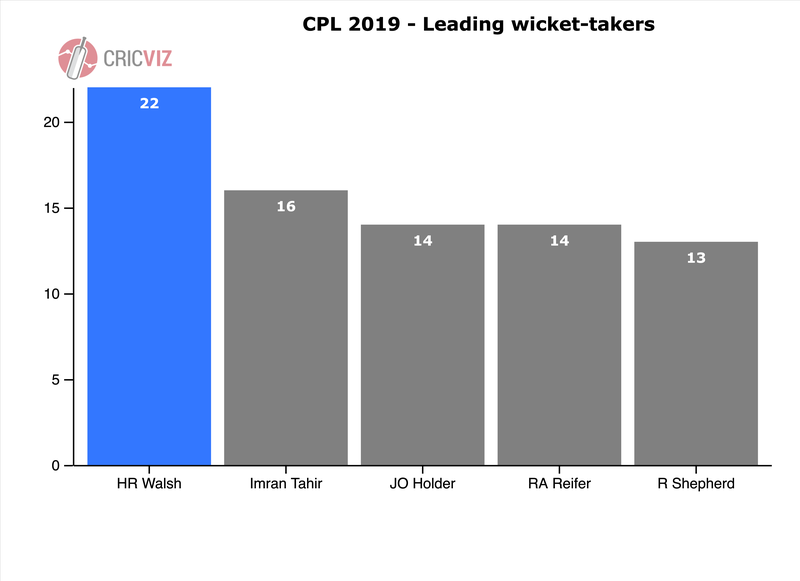 Pierre gives West Indies another spin option. The Trinidadian left-arm orthodox bowler has grown his reputation as an economical spinner in the last two CPL seasons with only his compatriot Sunil Narine registering a lower economy rate across the 2018 and 2019 seasons. 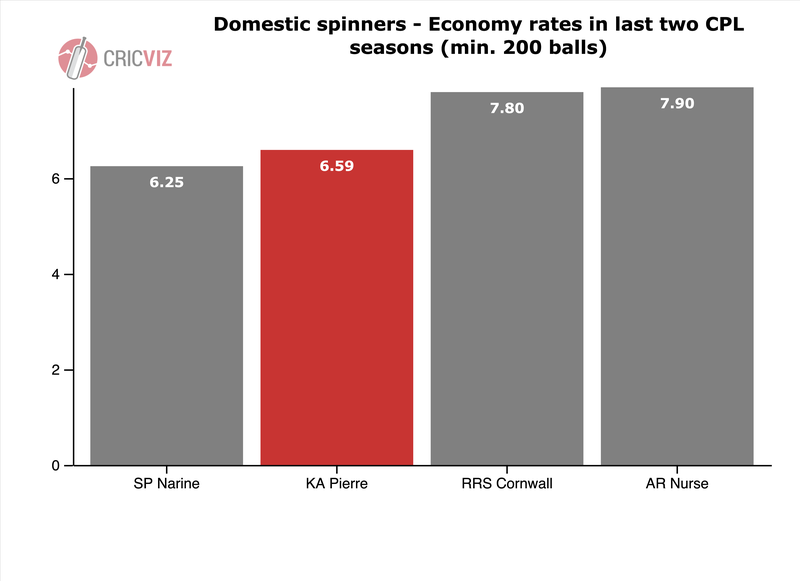 Pierre has a particularly good record against right-handers, averaging 22.71 with an economy rate of 6.70 in T20 cricket. When the two sides last met back in July during the World Cup, Afghanistan’s top seven contained five right-handers and they haven’t played an ODI since, meaning West Indies could well be tempted to hand Pierre a debut in the format.

Meanwhile, Shepherd is a right-arm seamer who will likely start the series behind Alzarri Joseph but could be a handy option as the series progresses. Shepherd excelled during the death overs of this year’s CPL, picking up seven wickets in the last five overs, the joint-most of any domestic seamer. A bowler during that phase of the innings is a role that West Indies need to fill, and Shepherd is as well-placed as anyone to step up to the task.

Patrick Noone is an analyst at CricViz.