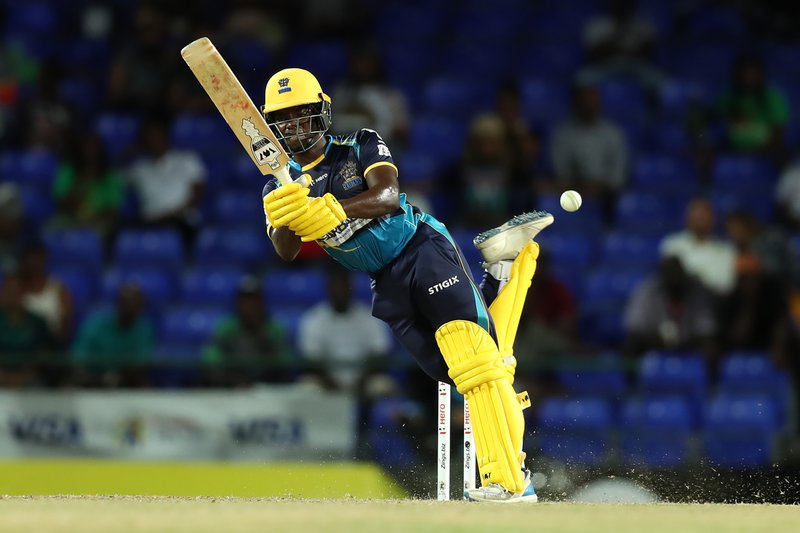 As a young cricketer, describe your first experience playing in the CPL and winning the title?

CPL was like nothing I’ve ever experienced before. I thoroughly enjoyed the atmosphere, the tension, but most of all, being able to mingle and mix with some of the best in the game. Winning the title was just a bonus.

For your batting and wicket keeping what are some of the key things you felt you learned playing in CPL that can help improve your game ?

I had a lot of conversations with our experienced players including the overseas players like JP Duminy. One of the things I learned whether keeping or batting is that I need to be as still as possible, balance is everything.

What was the experience like playing under current West Indies test captain and coach Jason Holder & Phil Simmons like ?

Having a coach like Phil Simmoms and captain like Jason Holder, there is no pressure at all. They are very easy going and approachable. As long as they are in the dressing room everyone was laughing and I think the success of the team had a lot to do with the bond that they shared as captain and coach.

I joined my first club at the age of four (4). So you can say I’ve been playing cricket for about 18 years now. It’s something I’ve always had a love for and it was natural for me.

I’m currently playing for the University of the West Indies (UWI) blackbirds. Coming up my idol was Shivnarine Chanderpaul, I liked his unique style of batting and I even shared that unique batting style until I got to secondary school.

As I got older in the game and started developing, I started favouring Ricky Ponting and currently I like AB De Villiers.

How long have you playing as wicket-keeper batsman & is there a particular player you have tried to model your game on?

From the time I was in primary school I used the gloves. As an eight (8) year old playing in school tournaments I did everything, open batting and bowling while always utilizing the gloves. It (wicket-keeping) was always something I could do and I did because I could.

In the last Super50 I settled and decided wicket-keeping was best for me. In terms of wicket-keeping batsmen, I really like (Denesh) Ramdin, his glovework is impeccable and I believe it's the best I’ve seen in game so far.

Love AB DeVilliers due to how brave, effective and calculated he is with his batting.

Looking ahead to the Super50, what are some of your personal goals for the tournament after your first Cpl experience?

Definitely looking to showcase my talent. My goal is to be among the top three run scorers for the tournament if given the opportunity.

What do you believe are some of the key areas Barbados Pride have to do well in to win CPL, similar to how Barbados Trident won CPL ?

The team is very young and inexperienced. So I believe the few senior players have to put their hands up and guide the young players. With that being said, the younger players also have to believe in their ability and not be afraid to be bold and make a statement.

As long as that happens and the team gels well as a group I have no doubt we can go all the way.