The Brian Lara Cricket Academy will host 20 matches in the 2020 CPL: the first ten matches and the last ten matches of the league stage. The venue is located in Tarouba in southern Trinidad. 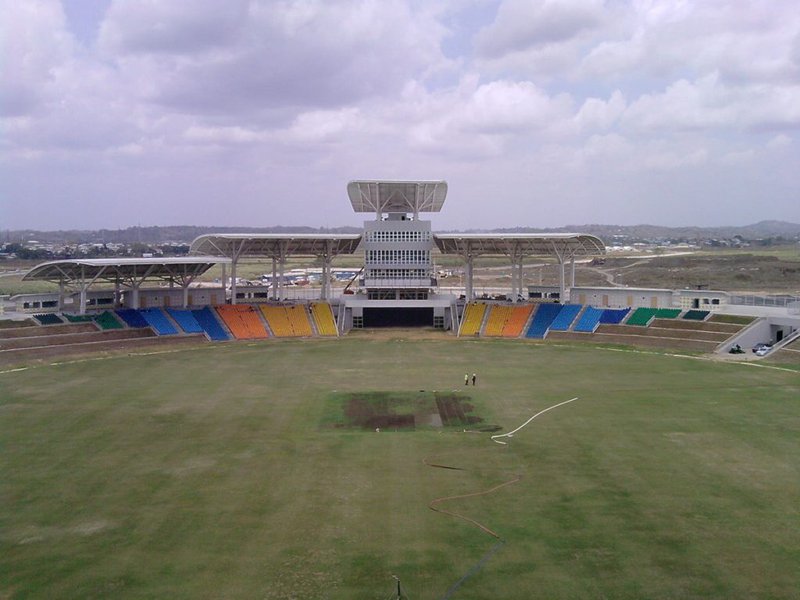 The Brian Lara Cricket Academy Stadium is a new stadium – finished in 2017. Since then it has hosted eight T20 matches – including the Final in each of the last three seasons.

All eight matches that the Brian Lara Cricket Academy has hosted have been in the CPL – four in the 2017 season and two each in the 2018 and 2019 seasons. 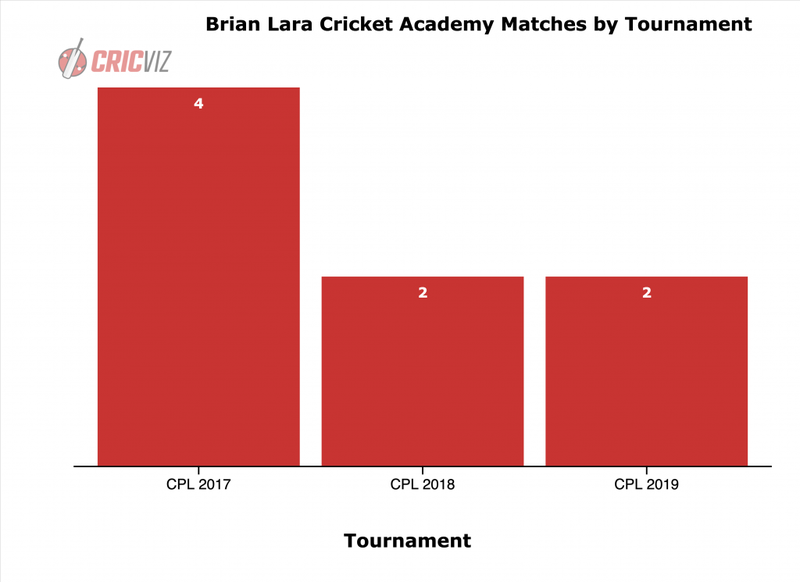 The boundary dimensions at the stadium are on the larger side. This is illustrated by scoring data that shows the venue generally sees a high proportion of twos and a low proportion of sixes compared to other CPL venues – as the graphic below illustrates. There is no ball-tracking data available from the venue, restricting pitch analysis. 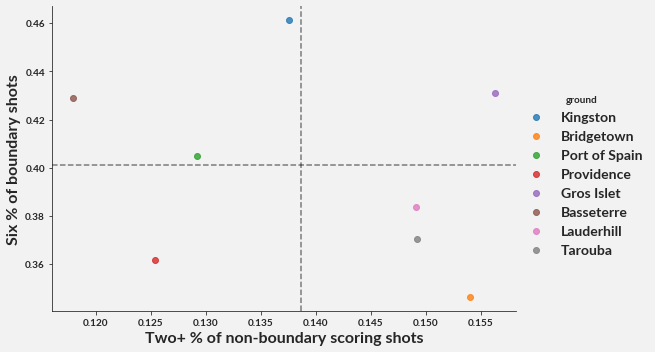 However, comparative analysis of scoring rates at the venue since 2017 – when it hosted its first match – illustrates that the nature of cricket produced by the venue, albeit from a small sample size, is relatively low scoring – with only two venues recording a lower run rate in the CPL in that time period. 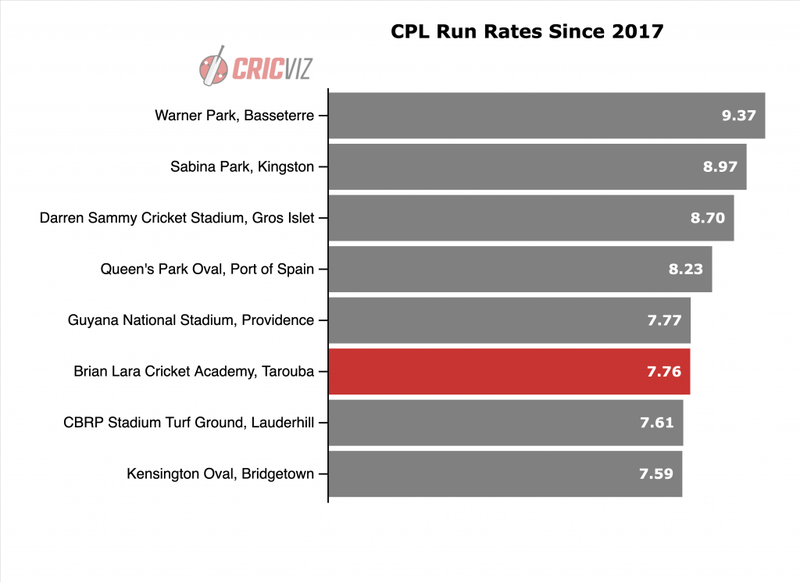 Across the eight matches that have been played exactly half have been won by the chasing team and half by the team defending. Although the venue has showed no toss bias seven of the eight winners have elected to chase: this is not uncommon in the CPL: since 2017 81% of toss winners have chosen to chase. However, the proportion of 88% of toss winners choosing to chase in Tarouba is greater than the league average. 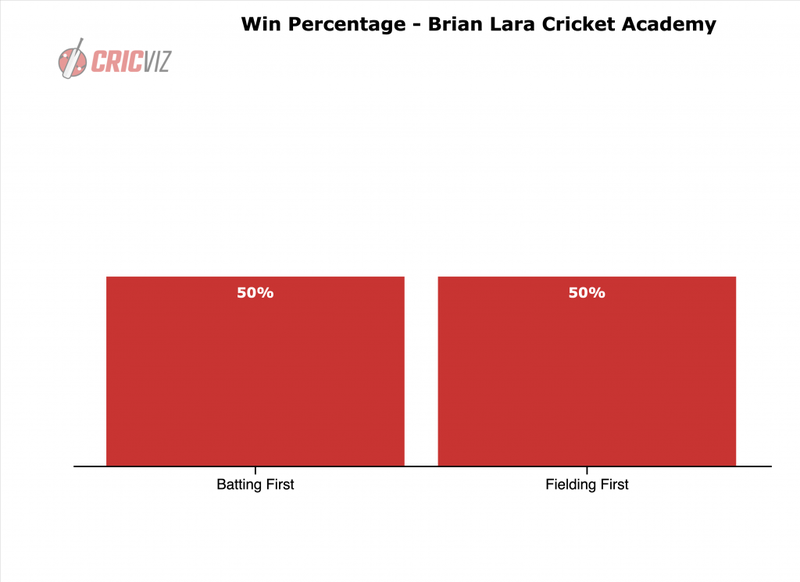 Although the sample size is small there is evidence to suggest that chasing has become slightly more difficult lately with three of the last four matches being won by the defending team. 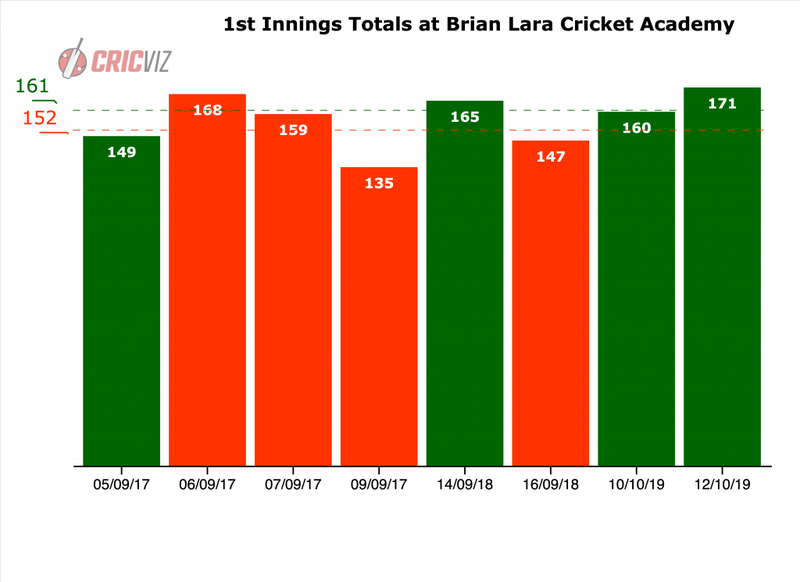 The range of scores at the venue are notably narrow – between 135 and 171 and it appears that teams generally need to score upwards of 155 in the first innings to be considered favourites, but even then two scores of greater than this have successfully been chased down.

Exclusively a day-night venue until now

Across the eight matches at the venue pace and spin bowlers have been similarly effective in Tarouba, according to raw statistics.

Although we have no ball-tracking data from Tarouba we do have manually collected length data. This suggests that generally shorter lengths are more effective run-saving lengths than fuller lengths. 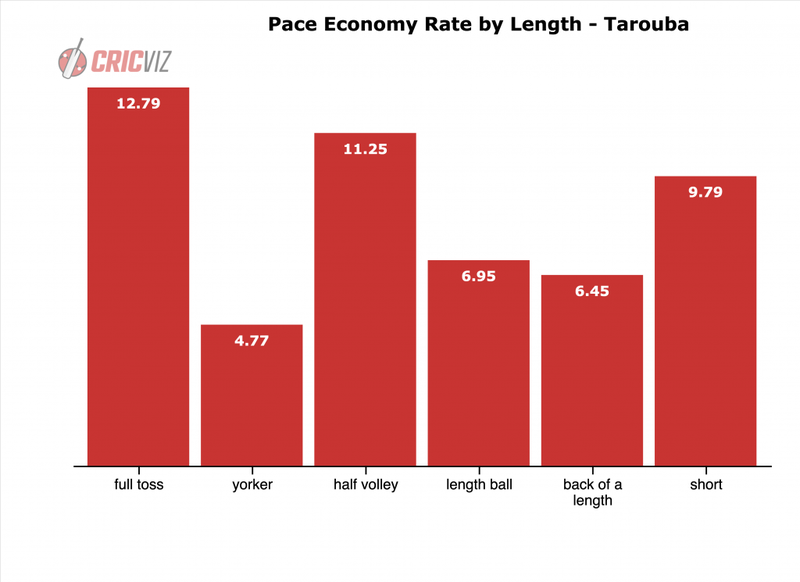 This kind of length economy rates are not uncommon but one interpretation is that the low-scores seen at the venue are quite possibly a consequence of a sluggish pitch where balls into the surface can prove difficult to time. This is supported by shot-type analysis of lengths in Tarouba which show shorter lengths record lower Timing ratings. The Timing Rating is a measure built off contact analysis given the bowler-type and shot-type. 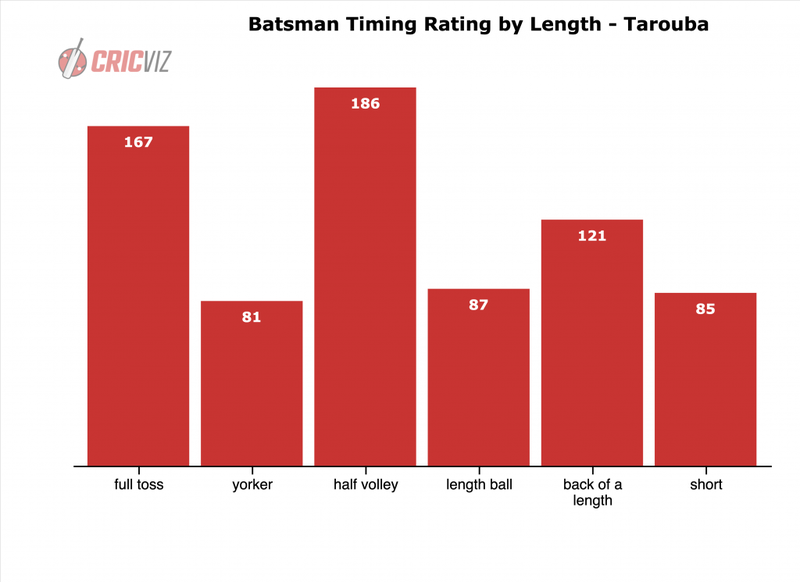 This is further supported by ball-type data that shows off cutters are generally effective at the venue – returning an average of 19.66 compared to 23.67 overall.

With 20 matches set to be played at the venue in less than three weeks we can expect this to make the pitches worn and tired – exacerbating the trends that have been apparent in Tarouba until now: low scores, spin dominance and a seemingly sluggish pitch.