West Indies U19 Star rises to the occasion

Bent on basking in the opportunity afforded to him, young Jayden Seales intends on making the most of his tenure at CPL 2020.

He'll be playing alongside a high calibre of T20 veterans in his Trinbago KnightRiders team and his goal is to learn as much as he can while contributing what his team requires, when called upon. 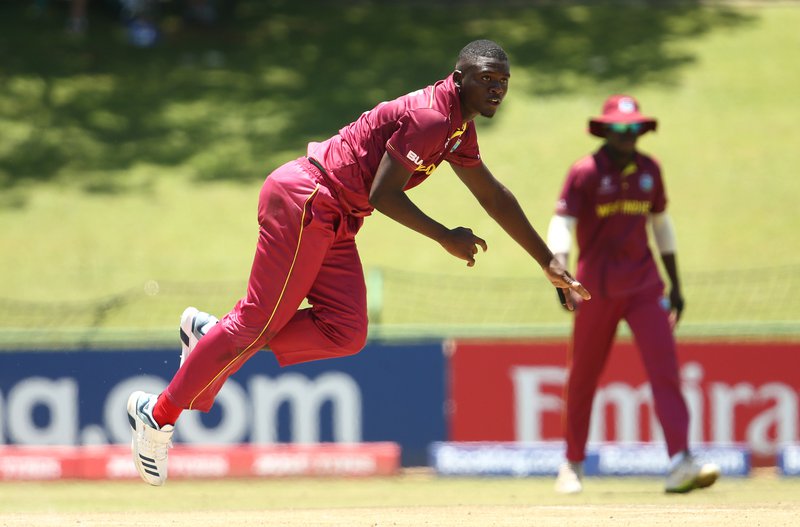 Back in May when announced as a draft pick in the KnightRiders team, Seales was surprised he had been picked so early in his career.

I wasn’t expecting a CPL selection this early, but I am very pleased and am looking forward to it.

Fast forward to the first fixture of CPL 2020 where Trinbago KnightRiders was scheduled to square off against Guyana Amazon Warriors, Seales perhaps assumed that he would be sitting on the sidelines soaking in the intricacies of a CPL match.

Boy was he surprised again!

Here is the #TKR #Playing11 for today's 🇹🇹⚔️🇬🇾 face-off:

The West Indies U-19 speedster was announced in the Starting XI and cast into the deep to swim. But he was ready. 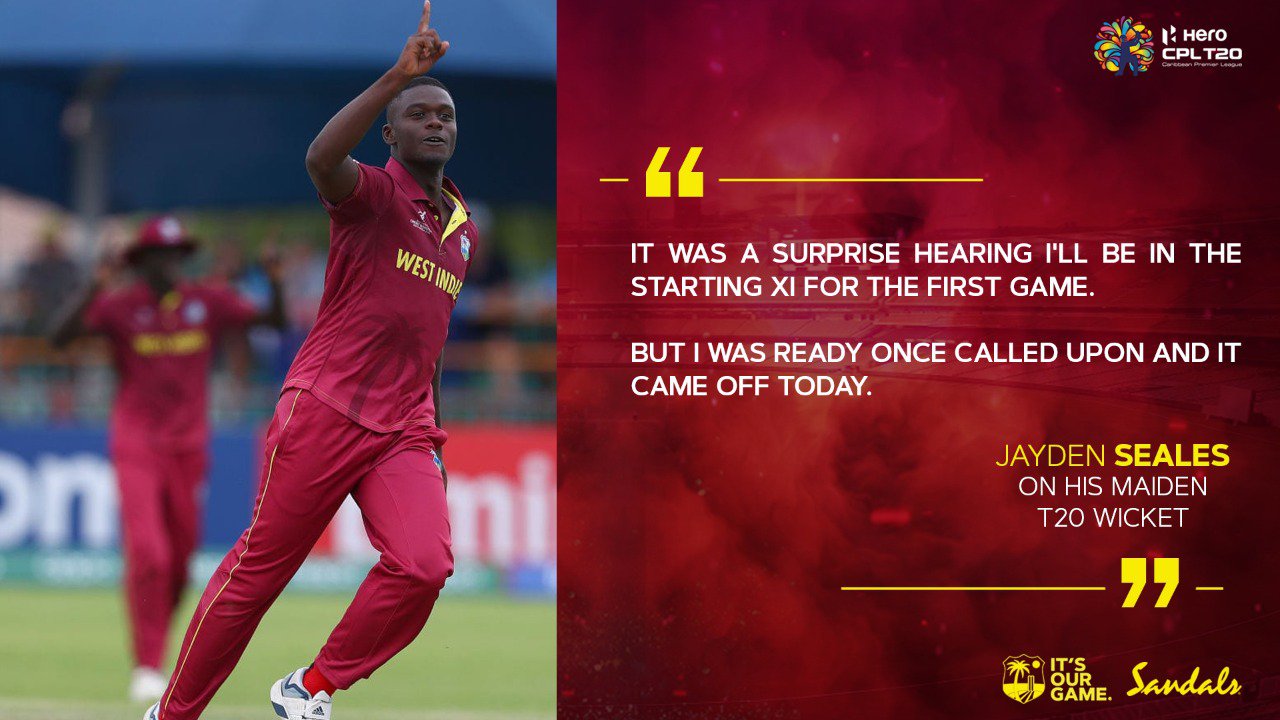 He scalped the prized wicket of Nicholas Pooran. A possible game changer at a pivotal moment as the casual six-hitter seemed set on wreaking havoc with his fellow Warrior, Hetmyer, at the other end.