An amazing hat-trick from off-spinner Andre McCarthy as part of his sensational figures of 9.1-1-16-6, propelled the Jamaica Scorpions to a stunning victory over Barbados Pride which secured their place in the CG Insurance Super50 semi-finals.

McCarthy’s hat-trick victims in that miraculous 40th over were – Ashley Nurse caught by keeper Aldaine Thomas attempting a cut shot; then Akeem Jordan and Joshua Bishop both comprehensively bowled as they played defensively. It was a super-human effort from the brave-hearted McCarthy who was the obvious choice for the CG Insurance Man-of-The-Match award, as he recorded career-best bowling figures and the best by a Jamaican in regional 50-over history.

This saw Barbados being bowled out for 167 off 41.1 overs, falling 51 runs short of Jamaica’s 218 made in 45.3 overs. It sparked a scene of merriment and jubilation as McCarthy sprinted around the outfield with his teammates in pursuit as they celebrated each wicket.

Barbados Pride were seemingly cruising to victory as top order trio Shai Hope (51), Justin Greaves (36) and Shamrah Brooks (27) set a strong foundation. However against the run of play, they were all caught in McCarthy’s spin web and collapsed from 118-2.

“It’s overwhelming and just a full team effort, everyone believed in me and I just went out there and did the job. I normally keep it tight as a bowler and knew once I did that on this surface, the wickets would come. When I bowl to their batsmen they were tentative, so I just applied the pressure,” McCarthy said. 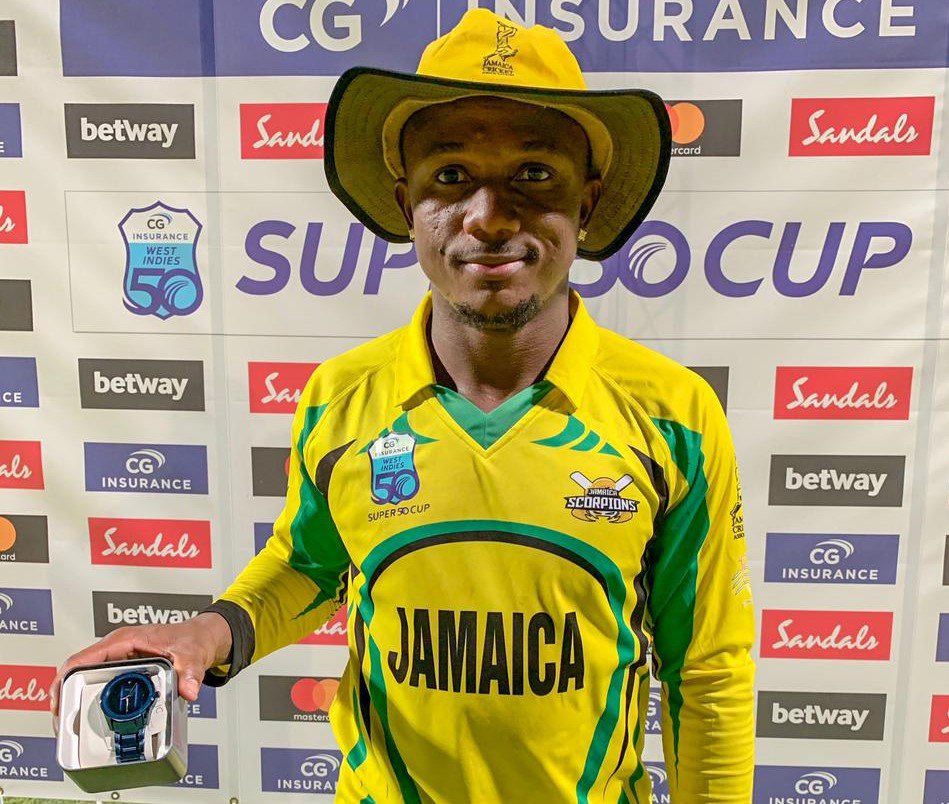 “I’m one of the senior players in this team and have to give a big performance. I didn’t do it with the bat, but did with the ball.”

Before McCarthy’s magic, earlier in the day Jamaica staged a brilliant recovering with the bat. They had collapsed to 87-8 in the 25th over, with 20-year-old left-arm spinner Joshua Bishop being the destroyer with 5-35 off his 10 overs.

Superb lower order resistance led by Odean Smith (68 not out) and Jamie Merchant (37) in a record 80 run ninth-wicket stand, then a last wicket stand of 51 between Smith and Jeavor Royal (16) boosted the total. Smith was sensational as he smashed five fours and four sixes to pull the innings around as the last two wickets added 131 priceless runs.

Then came the McCarthy miracle to record one of the greatest come from behind triumphs in regional cricket history and secure the last vacant spot in the final four.

Next Match: Guyana Jaguars vs Windward Islands Volcanoes at Sir Vivian Richards Stadium on Monday. First ball is 9am (8am Jamaica Time).