Royal is king as Scorpions sting Leewards in thriller

Jeavor Royal was the man at the centre of attention as he first batted, then bowled Jamaica Scorpions to a thrilling six-run victory over Leeward Islands Hurricanes on Friday at the Sir Vivian Richards Stadium. With Jamaica down and almost out at 135-9, Royal was last man in and made 38 not out – an invaluable knock to see them reach 220 off 48.5 overs. 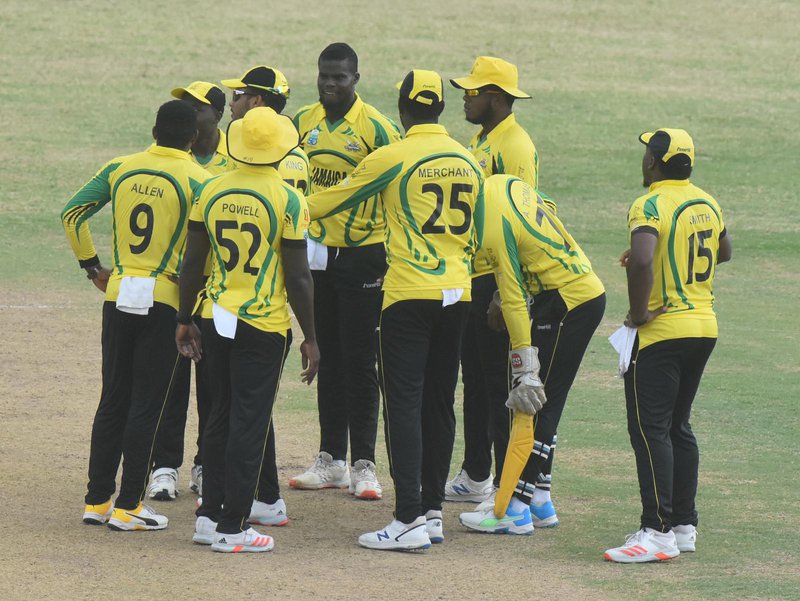 He shared last-wicket stand of 85 with Fabian Allen, who topscored with 44 to drag Jamaica back from the brink of disaster. The partnership set a new record for the last wicket, surpassing the 58 set by David Murray and Wayne Daniel for Barbados 40 years ago.

The 22-year-old Royal, playing just his sixth match at this level, then stepped in with his left-arm spin to return the impressive figures of 2-31 off seven overs as Leewards ended on 187-8 off 43 overs. He was named the CG Insurance Man-of-the-Match. After three rain breaks the target was adjusted to 194 off 43 under the Duckworth/Lewis/Stern Method, and the home side came up just short. 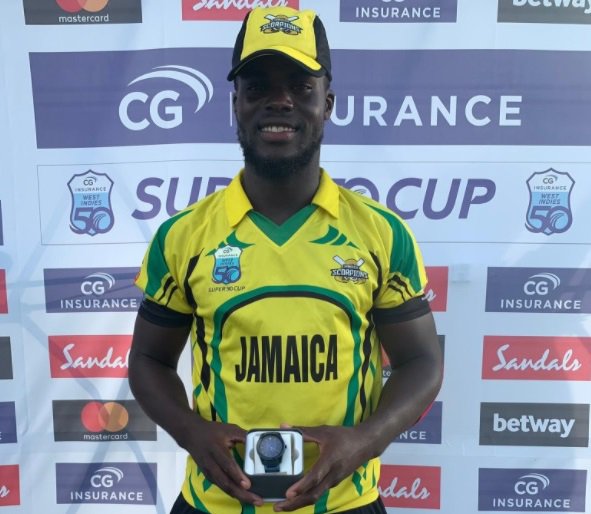 Allen also played a major role with left-arm spin as his 10 overs only went for 27 runs, while off-spinner Jamie Merchant bagged 3-44 as Scorpions recorded their first win of the tournament and re-energized their bid for a spot in the semi-finals. The Hurricanes slipped to their fourth defeat and therefore cannot make the semi-finals.

“I just sticked to the basics. ‘Fabby’ (Allen) told me to just play the way we all know I can play and play each ball at a time and not look too far ahead. He was a fantastic help and I was able to benefit from his experience and level head at the crease. We just did it ball by ball, over by over and we ended up playing really well.

Even though I came in at number 11 today, I don’t see myself as a tail-ender. I believe I’m a very capable batsman and I was happy to prove that today,” Royal said.

After the Leewards lost key opener Kieran Powell (17) and young tournament centurion Kacey Carty (13) to Royal in the first 20 overs, Jamaica were trying to get themselves back into the match. However, their other century-maker, Canadian Nitish Kumar (51) and captain Devon Thomas (49) added 64 for the fourth wicket to take the score to 136-3 in the 35th over. Both then fell in the space of four overs and panic set in as the asking rate rose to 10 runs per over.

Left-hander Colin Archibald then launched three towering sixes to bring Leewards back into the contest, but he was eighth out in the penultimate over – as he aimed for a fourth maximum – and the wind went out of the Hurricanes.