Captain Brathwaite displays his resilience in another heroic knock

West Indies captain Kraigg Brathwaite was again a tower of strength for his team as England could not dislodge him in the second innings which led to a memorable draw on Sunday. Having been set 282 to win in 65 overs after England declared at lunch, the home side recovered from slipping to 39-3 in the 13th over and 93-5 in the 45th to grind their way to 135-5 at the close. 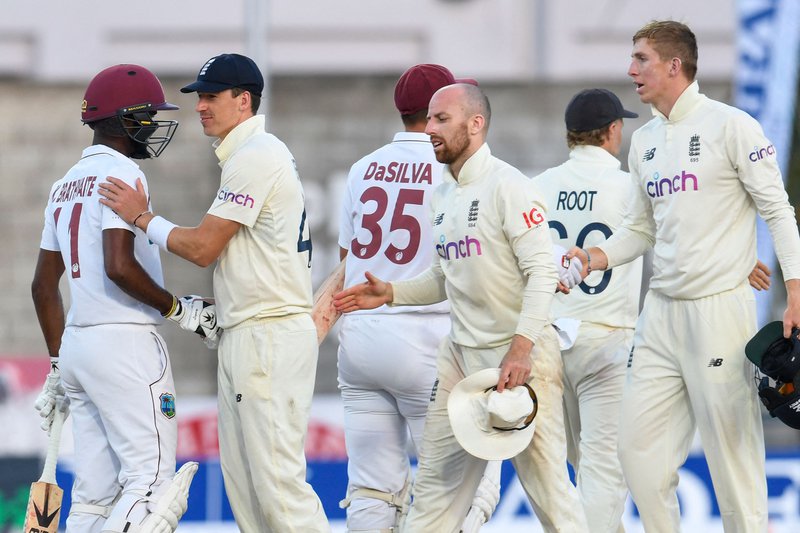 Displaying immense powers of concentration, Brathwaite followed his near 12-hour vigil of 160 from 489 balls in West Indies' first innings, with an unbeaten 56 off 184 balls in the second, stalling the top-order collapse by sharing a 150-ball, fourth-wicket stand with fellow first innings century-maker Jermaine Blackwood (27 off 84 balls).

England was urged on my their army of supporters and they hopes of a win were reignited when left-arm spinner Jack Leach (3-36) dismissed Blackwood and Jason Holder after tea – Holder out to a superb diving catch by Dan Lawrence at short cover. Brathwaite and Blackwood had blunted England for 24 overs, only for Leach to threaten a twist with Blackwood edging to a kneeling Jonny Bairstow at short gully.

However, Brathwaite and keeper Joshua Da Silva played solidly for the final 20.3 overs, during which Brathwaite reached his 25th Test half-century from 157 balls. Overall they had an heroic 123-ball stand at the crease with Da SIlva making 30 off 63 balls. Brathwaite faced 673 balls across his two innings – a new record for a West Indies batsman in Test history – during a remarkable display of resilience. In the first innings he made 160 – his 10th Test century and first on home soil at the historic venue. 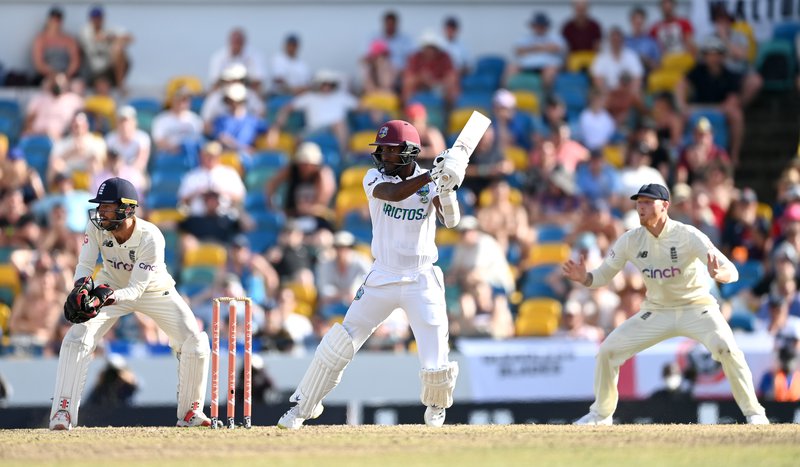 Earlier in the day, top-scorer Dan Lawrence (41 off 39), Zak Crawley (40 off 68), Jonny Bairstow (29 off 25), all fell looking for quick runs. The standout moment in the field for West Indies was a terrific catch from Jayden Seales, the young fast bowler running in from long leg and diving forward to catch Crawley’s pull just above the turf.

The two teams now travel to Grenada for the third and final Apex Test match at the Grenada National Stadium from March 24-28. This will be the series-decider as the two teams battle for the newly-minted Richards-Botham trophy in honor of icons Sir Viv Richards and Lord Ian Botham. First ball daily is from 10am (9am Jamaica).