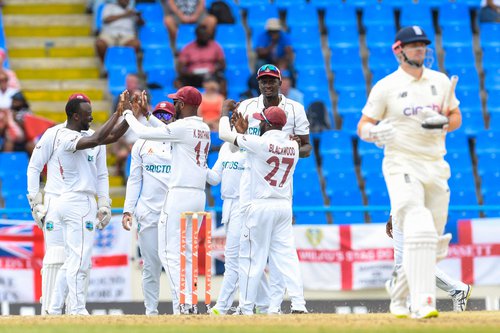 ST GEORGE’S, Grenada – Cricket West Indies (CWI) Men’s Selection Panel has named an unchanged squad for the third and final Apex Test match against England. The match will be the series-decider and will be played at the Grenada National Stadium from March 24-28. The three-match Apex Series is level 0-0 following a draws in the first Apex Test match at the Sir Vivian Richards Stadium in Antigua and the second Apex Test at Kensington Oval in Barbados, which ended on Sunday.

Captain Kraigg Brathwaite was named Player-of-the-Match in the second Apex Test. He scored a marathon 160 in the first innings – his 10th Test century and first on home soil and then 56 not out in the second innings on the final day.

“We were very impressed with the captain Kraigg Brathwaite showing the fight in the both innings and the way he led from the front with the bat. Also, Jermaine Blackwood and the way he played in the first innings to get a century. They batted very well together. We really appreciated the fighting spirit from the batting department. We decided to stick with the same squad and want to see them continue to give a big effort in the third Apex Test match.”

Tickets for the third Apex Test Match are available for purchase straight to a mobile device via the new WINDIES TICKETS service at www.tickets.windiestickets.com. Local fans get 50% off advertised prices when they register with their local address as part of CWI’s efforts to provide affordable access to watch the West Indies during the pandemic.

In addition to being able to choose and pay for your seats in advance, the service allows fans to save their purchased tickets to their device for ticket scanning at the venue, avoiding the need for queues and travel to the box office. The ticket box office is located near the west side of the Grenada National Stadium towards the Kirani James Stadium and will be open from 9am to 5pm daily from Monday to Wednesday, then 7:30am on match days.

Fans in the West Indies can watch the match live on ESPN Caribbean and on BT Sport in the UK, as well as other international broadcasters around the world. 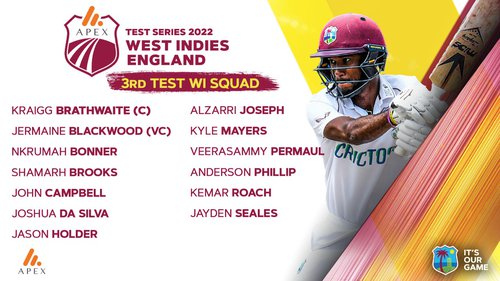