Wins for Barbados, Jamaica and Windwards to start T20 Blaze

PROVIDENCE, Guyana – Barbados opened their T20 title defense with a low-scoring win over home team Guyana in the second match of first round of matches in Cricket West Indies’ Women’s T20 Blaze tournament.

Hayley Matthews and Kyshona Knight posted a 38-run partnership as the Bajans were bowled out for 86 all out in 19.2 overs. Matthews top-scored with 35 while Kyshona had 15. Cherry-Ann Fraser was the pick of the Guyanese bowlers as she bagged 3-11 from 3.2 overs. The home side however stumbled with the bat and were 79-9 off their 20 overs as Barbados earned a seven-run victory. 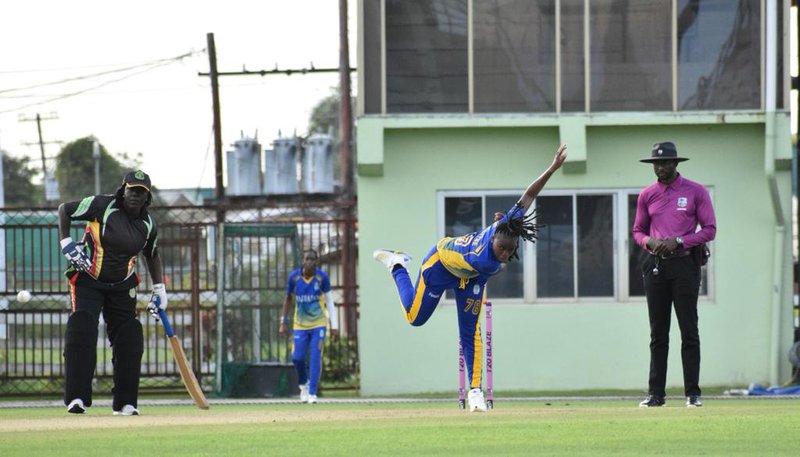 In reply, Guyana looked to be cruising to an upset of the defending champions. Skipper Shemaine Campbelle top-scored with 33 and Shabika Gajnabi (13) shared a partnership of 45 for the second wicket as the home side moved to 54-1. Barbados’s international bowlers did the hard work with seamers Aliyah Alleyne (3-18 from four overs) and Shakera Selman (3-26 from four overs) being the leading wicket-takers

In the third match played under lights, Chinelle Henry helped Jamaica secure a 79-run victory over Trinidad and Tobago, with an all-round display. The tall Henry smashed the first half-century of the tournament – 52 off 38 balls with seven boundaries as Jamaica made the day’s highest score 133-6 off 20 overs.

Natasha McLean got the Jamaicans off to a flying start with 30 off 27 balls, which included five boundaries. Together with Rashada Williams, they posted an opening stand of 29 before Williams fell for 10. Skipper Stafanie Taylor added 14 which included two boundaries. Caniesha Isaac was the best bowler for Trinidad and Tobago with figures of 2-21 from four overs. 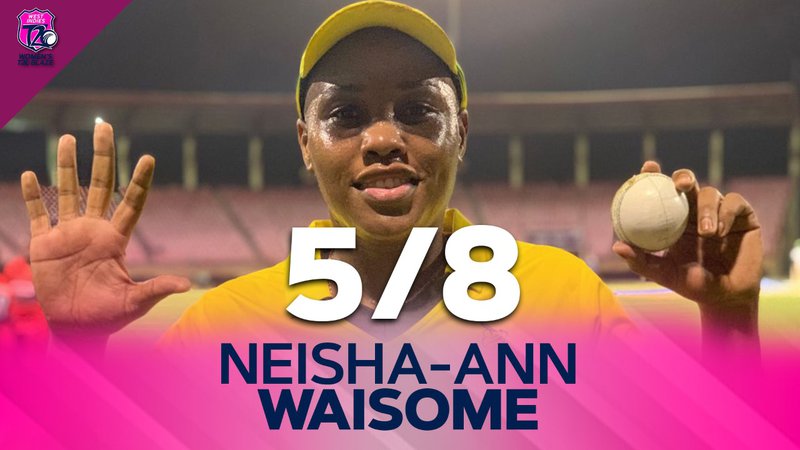 Neisha-Ann Waisome, a veteran right-handed medium pacer, bulldozed the Trinidad and Tobago batting line-up. Known as “Gabi”, Waisome, tore through the middle-order to finish with career-best figures of 5-8 from four overs. Only Kirbyina Alexander managed to reach double figures, she was the last T&T wicket to fall for 15. Trinidad and Tobago, all out for 55 in 13.3 overs. Henry completed a good match with figures of 3-1-20-2.

In the day’s opening contest, the Windward made good starts against the Leewards .Rosalie Dolabaille top-scored for the Leewards with 21 as they mustered 56-7 from their 20 overs. Veteran seam bowler Pearl Etienne finished with impressive figures 4-2-8-2. The Lewards fought hard in the field and with the ball and pushed the Windwards batters. Windwards eventually reached the target at 57-6 off 17.1 overs to overcome the challenge. Kimone Homer top-scored with 11 while Japhina Joseph remained not out on 10 at the end. Bowling for the Leewards, Jenisen Richards had the best figures of 4-1-7-3. 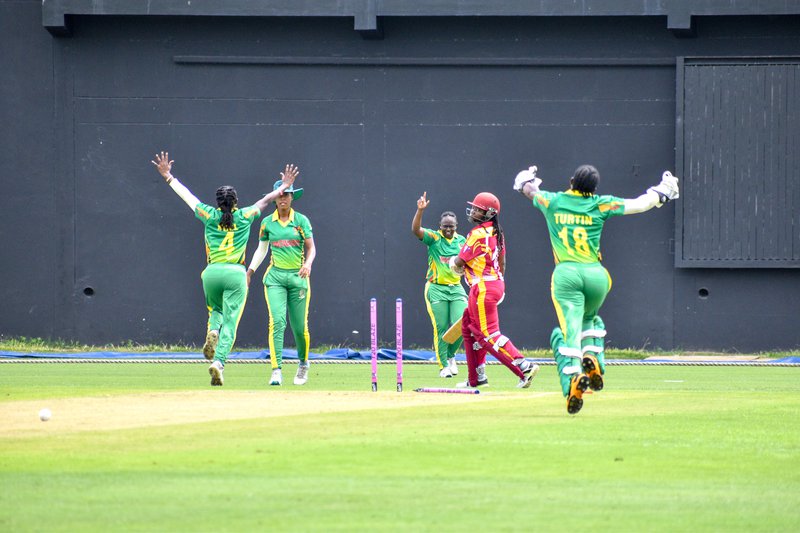 The excitement will continue on Thursday with the second round of matches at the Guyana National Stadium.