WINDIES STARS TO LOOK OUT FOR IN THE IPL

As the 2019 Indian Premier League prepares to get underway this Saturday, here's a summary of the Windies players who'll be appearing. 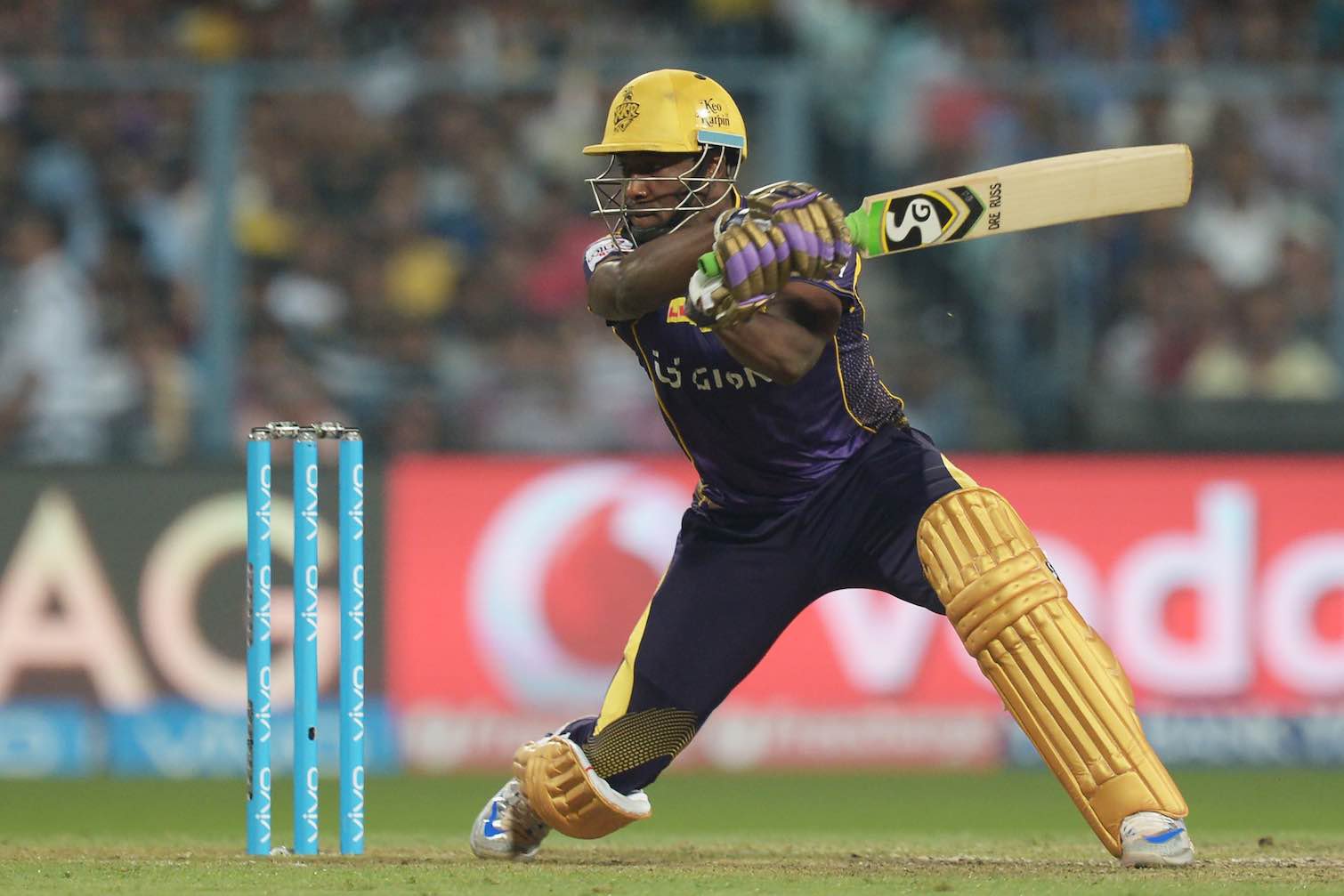 Not many players have created as much buzz ahead of their IPL debut as Shimron Hetmyer. The hard-hitting left-hander, signed by Royal Challengers Bangalore for 4.2 crore, is one of the premier young talents in world cricket, succeeding across formats but with the firepower to dominate in T20. His profile in Indian cricket soared in late 2018 as he averaged 51.80 in an ODI series against India, those runs made with an astonishing scoring rate of 8.4rpo - a performance that will have raised expectations and his price ahead of his debut campaign. Given the 4.2 crore that RCB splashed out to secure Hetmyer's services, he is almost certainly going to be in Virat Kohli's first-choice XI; given their star-studded batting line-up, RCB will probably use Hetmyer as a late-order finisher, a role he should excel in given his scoring rate of 11rpo in the death overs across his career. Hopes are high for the young Guyanese star - only time will tell if he can deliver. 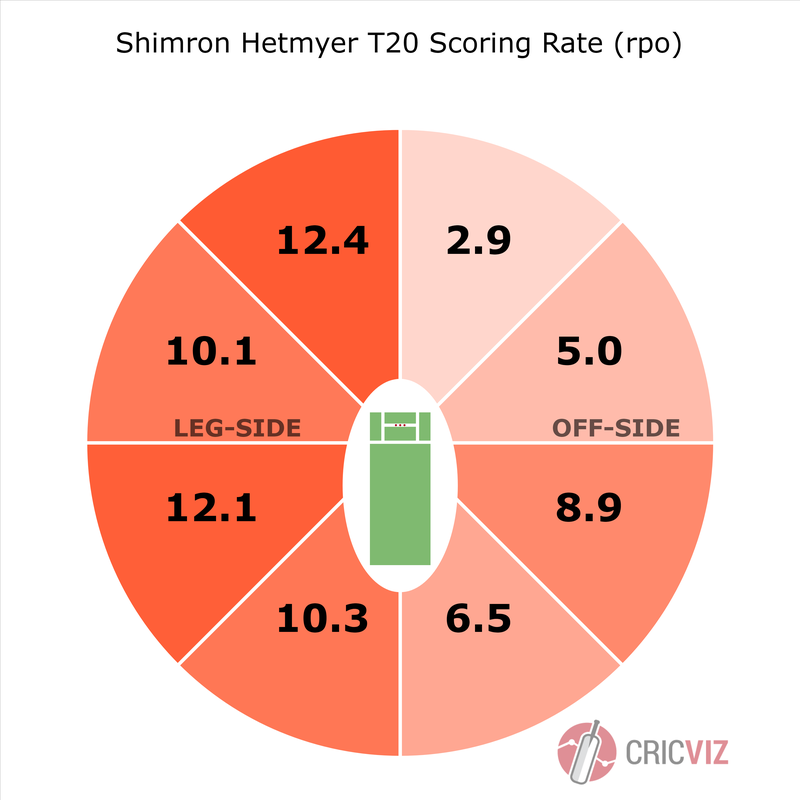 After being released by Royal Challengers Bangalore after the 2017 season, last year’s IPL season represented something of a renaissance for Chris Gayle. After being picked up by Kings XI Punjab, who were gambling that Gayle's loss of form in the competition was a blip and not terminal decline, Gayle smashed 368 runs in 11 innings, a savage retort to his former colleagues at RCB. He formed a brutal opening partnership with the Indian star KL Rahul, a partnership almost certain to return in this 2019 season. Whilst he’s been in a relative slump of form this year (his scoring rate in 2019 is just 6.49rpo, his slowest in a decade), a return to the glitz and glamour of the IPL stage could be just what he needs to get back into the swing of things, and regain his status as one of the most feared white ball hitters in world cricket. 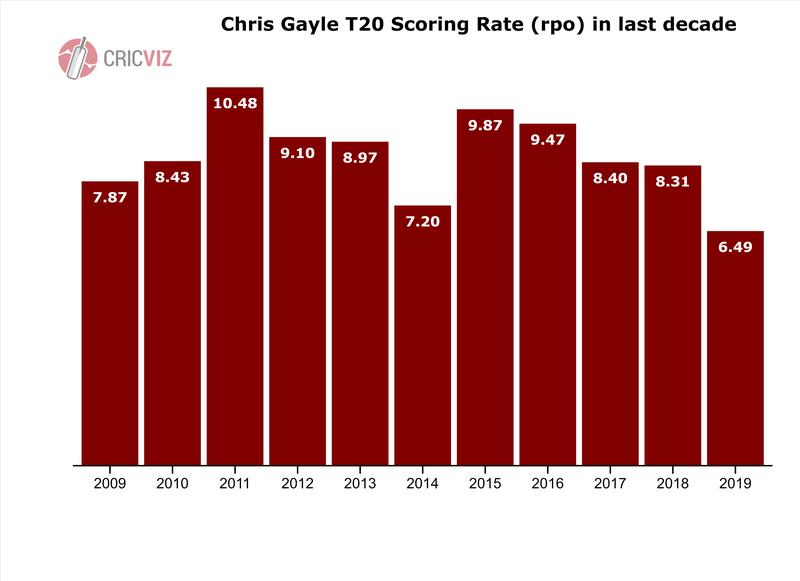 Fresh off the back of reaching two consecutive T20 league finals (runner-up with the Melbourne Stars, winner with the Quetta Gladiators), DJ Bravo will be eager to keep his winning streak going. Returning to reigning champions Chennai Super Kings, the West Indian T20 legend will have typically high ambitions. Last year he was a prolific wicket-taker for CSK (only Shardul Thakur took more), but he was expensive - his economy rate of 9.96rpo was his worst ever for an IPL season. Of course, he is typically entrusted with the tough overs (53% of his deliveries were bowled in Overs 16-20), but he will still be seeking to improve on his performance in this season. 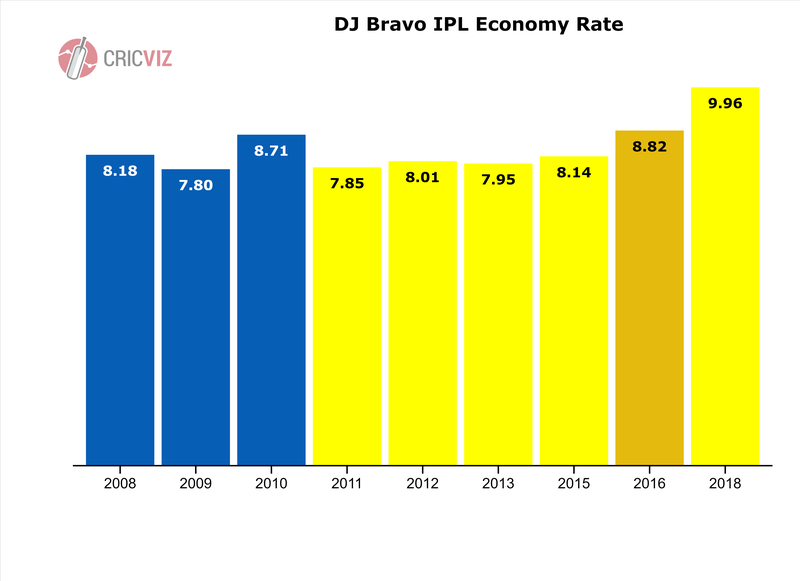 Pollard has become a less reliable bowling option in all senses of the word. Since 2016 he’s bowled an average of just about one over per match, and last year he recorded an economy rate of 9.74, his worst ever for a calendar year. As such, the focus has switched more to Pollard’s batting, which compared to his bowling is in rude health. In the 2019 Pakistan Super League Pollard blasted 284 runs in 13 matches, charging along at a phenomenal 10.39rpo for Peshawar Zalmi.

‘Dre Russ’ is always going to be a player who attracts a lot of attention. From his public image to his all-round all-action displays on the field, Russell is a man who demands to be at the centre of things. If he can keep up his current form with the bat, then Kolkata won’t mind that one bit. So far in 2019 he’s scoring at 9.47rpo and has been dismissed only every 17 deliveries, the latter being the best dismissal rate he’s ever managed in a calendar year. Likely to slot into the middle order for KKR and be asked to finish things off with a flurry of boundaries, Russell looks to be hitting his stride at just the right time with the bat. However, with the ball it’s a slightly less impressive story, his strike rate of 23.2 this year the worst he’s managed since 2012. Russell has always been more of a batsman than a bowler, but given KKR’s relatively light seam bowling stocks it would be significant if Russell failed to recapture some of his best form with the ball. 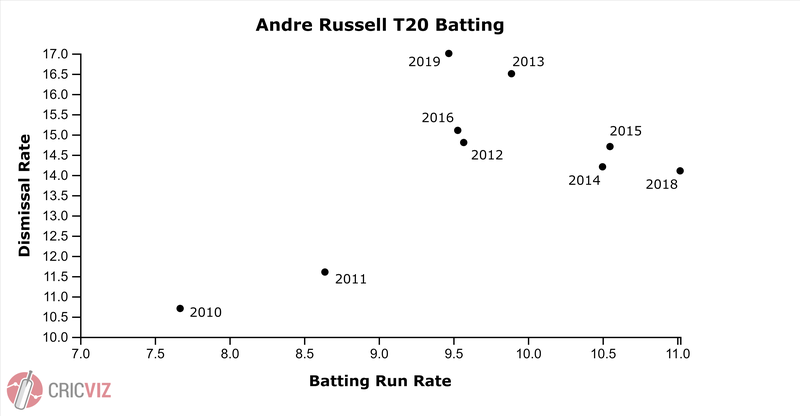 Moving from Sunrisers Hyderabad to Kolkata Knight Riders is hopefully a move that will benefit Brathwaite. Whilst the Windies star is always a valuable commodity, he was less effective on Sunrisers’ spin-friendly home surfaces, and will be hoping to kickstart his IPL career in a KKR shirt - and the 5 crore that KKR paid for him suggests they think that's possible. Dinesh Karthik’s side will be getting the benefit of Brathwaite’s powerful late-innings hitting; even in a mediocre IPL season last year, he was still able to score at 11.21rpo in the death overs. Performances like that could make him a useful partner - or deputy - for fellow big-hitting Windies all-rounder Andre Russell.

Sunil Narine has become one of the faces of the Kolkata Knight Riders, twice being awarded the IPL Most Valuable Player Award for his work in KKR colours. His role has evolved over the years, from his initial use as a specialist spinner to the position he occupies now as a pinch-hitting all-rounder. Last season, he was dismissed every 12.4 deliveries, but was able to combine that with a rapid scoring rate of 11.82rpo, something no other opener in the tournament could match. This year he’ll reconnect with opening partner Chris Lynn, as the two of them have formed a seriously effective strike pairing in recent years. One of three Windies players to be appearing for KKR, Karthik's side could well become the adopted team for Caribbean supporters who would otherwise be neutral.

Signed by Delhi Capitals for 2 crore, Rutherford represents a sizeable investment, but in practice this is more likely to be an long-term signing. This year Will likely be in competition with Colin Ingram for middle order batting slot, the South African offering experience whilst Rutherford is more of an unknown quantity. However, the Guyanese batsman is considered an exciting talent with serious potential, and has shown versatility in his hitting - he scores at over 8rpo against both pace and spin bowling. If given the opportunity, Rutherford has the skills to be a real success in the competition, but time.

Jamaican quick Oshane Thomas has been turning heads over the last few months, a result of both his towering, muscular physique and his speed-of-light bowling. His average bowling speed of 139.82kph is the seventh fastest in international cricket since the start of last year, and that speed has got him noticed. Rajasthan’s star players (Stokes, Buttler, Archer) are largely overseas, so the opportunity for Thomas to regularly get into the XI could be limited. 52% of his deliveries have been bowled in the Powerplay, and his strike rate of 18 in that period is reasonable enough, but Rajasthan may well prefer the added batting depth offered by having Jofra Archer in that role. Thomas’ real chance may come when the English contingent return home to prepare for the World Cup. 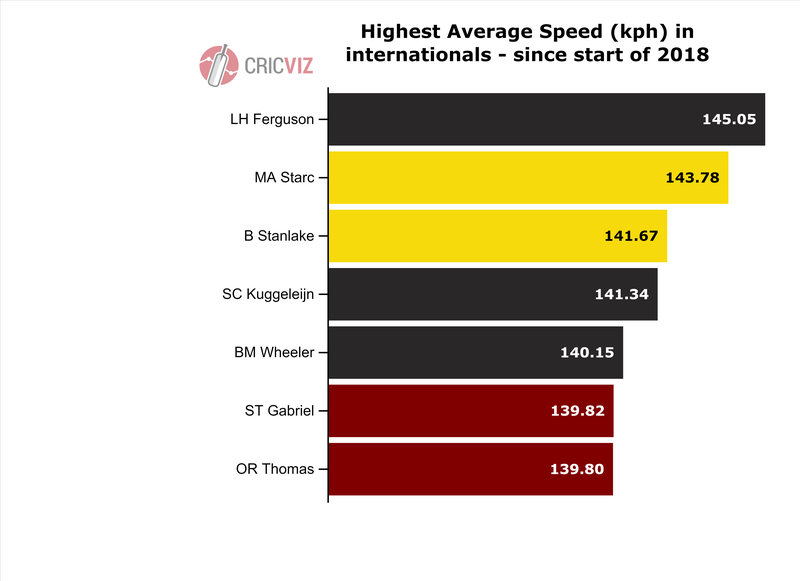 After bursting onto the scene, Evin Lewis had a difficult 2018. His average of 22.56 was the worst he had ever recorded in a calendar year, and he was dismissed every 15.6 deliveries. His first ever IPL season saw him make 382 runs at 8.3rpo, hardly a terrible return, but it wasn’t form he was able to recreate elsewhere. However, a strong campaign for the Comilla Victorians (averaging 54.60 across nine innings) may have been the boost Lewis needed to ensure that 2019 will be a better year, and IPL success is the next step in that process.

Another exciting young Caribbean talent, keeper-batsman Nicholas Pooran is a player braced for his IPL debut. He does already have experience of the international T20 circuit of course, having played for Islamabad United in the Pakistan Super League, and the Sylhet Sixers in the Bangladesh Premier League. Pooran will be eager to make an impression on the IPL, but he’ll have to force his way into the side first. With Indian star KL Rahul likely to take the gloves for KXIP, Pooran will probably have to rely on his batting alone to dislodge more established overseas batting options like David Miller. If he does fight his way into the line-up, he’d be a great option as a finisher, given his excellent record in that period. In matches where he’s played, the death overs have gone at 8.93rpo, whilst Pooran’s own record is 10.32rpo. He could offer Kings XI the late innings kick they need to back-up Gayle and Rahul’s strength at the top.

Unlike many T20 seamers, Keemo Paul does most of his work in the middle of the innings, with 54% of his deliveries bowled between the 7th and 16th over. This does limit his ability to force his way into a Delhi side where the other overseas seamers (Trent Boult and Kagiso Rabada) are such classic top-and-tail bowlers, getting through the bulk of their overs either in the Powerplay or at the death. However, if given the task of bowling with the new ball, Paul has shown some aptitude for taking early wickets; his strike rate in the Powerplay (16) is better than both Rabada and Boult, even if it is from a relatively small sample size of only 96 deliveries. Of all the Windies representatives this season, Paul is likely to figure the least in his team’s plan, you would imagine.