ST. JOHN’S, Antigua – Jamaica Scorpions took their penchant for comebacks this season to new heights when they completed a seven-run victory over Guyana Jaguars to trigger a shake-up in the West Indies Championship on Sunday. 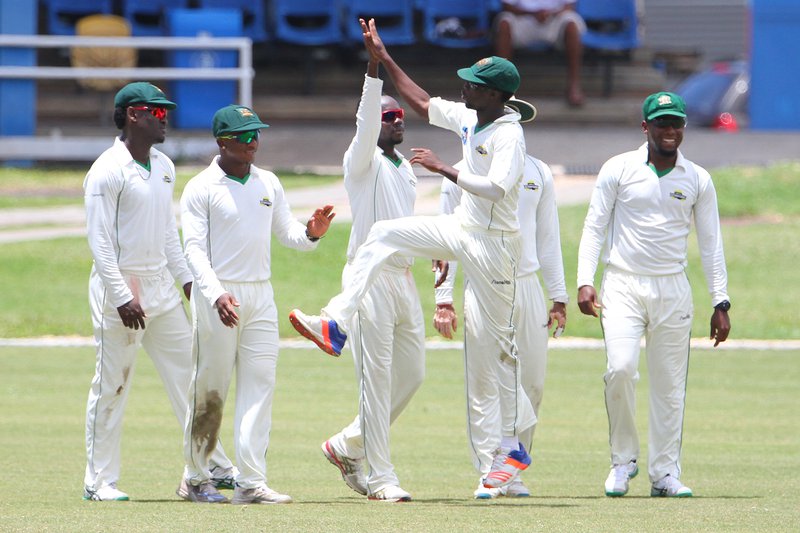 The Scorpions needed no more than 35 minutes to take the final Jags wicket – of Veerasammy Permaul – to clinch their first win of a topsy-turvy season on the final day of their match in the fourth round of the Championship.

Set up by their bowlers, Barbados Pride romped to their second successive, three-day win this season, when they crushed hosts Leeward Islands Hurricanes by an innings and 81 runs to knock the Jaguars off the top of the standings.

And, Andre Fletcher gave proof of his experience to lead resolute batting on the final day from Windward Islands Volcanoes, earning them a draw with visiting Trinidad & Tobago Red Force in their rain-marred match.

Pacer Derval Green ended the resistance of Veerasammy Permaul, trapping him lbw for 28 to bring the contest to a close and inflicting a second defeat this season on the Jaguars, a rarity over the last five years of their dominance of the Championship.

The result gave the Scorpions only their third victory over the Jaguars in Guyana in the modern West Indies first-class championship (1966 onwards) – and first in the Professional Cricket League era.

Tamar Lambert’s side was the previous side to win in the South American nation, when they clinched a 214-run victory inside three days over Permaul’s side in April 2013 at the same venue.

And, Marlon Tucker’s side beat Jerry Angus’ side by nine wickets in 1988 at the Albion Sports Complex on the only other occasion a team from Jamaica has won in Guyana.

Off-spinner Pete Salmon, whose seven wickets in the Jaguars’ second innings triggered a stunning reversal of fortunes in the contest for the Scorpions, was named Player of the Match.

The result moved the Scorpions up to fifth on 36.8 points and Jaguars dropped to second on 49.

Former West Indies Under-19 World Cup-winning pacer Chemar Holder was the most successful Pride bowler with 3-33 from 10 overs.

There were two wickets apiece for fellow pacer Keon Harding and Hurricanes first innings wrecker-in-chief, left-arm spinner Camarie Boyce, who was later named the Player of the Match.

Resuming from their overnight total of 10 without loss, the home team plunged to 24 for five in the face of skilful pace bowling from Holder and Harding.

Pride met resistance from tail-ender Colin Archibald, whose 53 was the top score, and fellow left-hander Amir Jangoo, one of the Hurricanes’ draft choices from Trinidad & Tobago-born, with 42.

The two left-handers brought the match to life, when they shared 62 for the eighth wicket to take the hosts past 100, after the innings took a further dive to 70 for seven.

But the Pride bowlers, led by Boyce, ensured there was no comeback story for the home team and wrapped up the innings about an hour after lunch.

The result meant that Pride moved to the top of the standings with 65.2 points and Hurricanes dropped to the bottom on 29.2.

Fletcher, playing his first match for the Volcanoes in almost three years, led the way with 88 and was one of three batsmen that passed 50, coincidentally all three are Grenadian.

Resuming from their close of play total of 71 for two on the second day, the Volcanoes chose discretion as the best part of valour when play started.

Fletcher completed a stand of 63 for the third wicket with Smith before he paired with Stewart to share 111 for the fifth wicket.

Jason Mohammed was named Player of the Match for scoring his 10th Championship hundred of 118 in the Red Force first innings.

The two sides held onto their mid-table positions after the completion of the match, except that Red Force are now third on 41.6 points and Volcanoes drop one place to fourth on 40.4.