#WICHAMPS: HETMYER BOOSTS JAGUARS FOR FIFTH ROUND BATTLE WITH VOLCANOES

ST. JOHN’S, Antigua – Another weekend of absorbing rivalries awaits fans in the fifth round of matches of the West Indies Championship, starting on Thursday.

The return of West Indies left-hander Shimron Hetmyer to the Championship will add further interest to the contest between Windward Islands Volcanoes and five-time defending champions Guyana Jaguars at the National Cricket Stadium in Grenada. 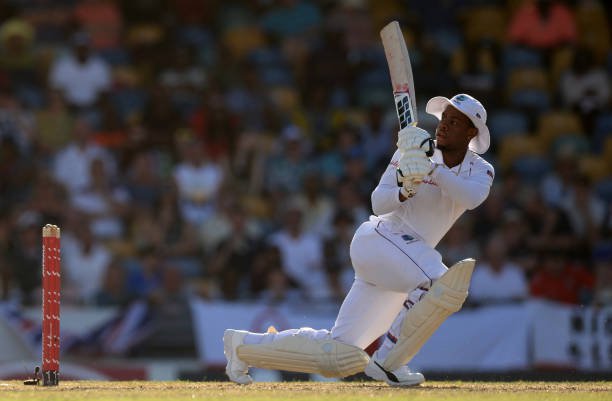 But the main act of the round will be at Kensington Oval, where new leaders Barbados Pride will have extending their three-match winning streak on their minds, when they face arch-rivals Trinidad & Tobago Red Force.

And, the Championship returns to the Trelawny Multipurpose Complex for the first time in 11 years, when Jamaica Scorpions hosts Leeward Islands Hurricanes in a scrap to get out of the bottom of the table.

The toss could prove vital in this contest with few significant matches played at this venue in the recent past and neither side having enough intimate knowledge of the condition of the pitch.

Hosts Scorpions will not let that trouble them too much, entering the match with a huge boost of confidence, after their come-from-behind victory over the Jaguars in the previous round.

At the same time, the Hurricanes’ suffered another setback to their campaign, when the Pride beat them by an innings and 81 runs and they sunk to their third loss this season.

Bowling appears to be the strength for both sides, but it will be gaining a measure of solidity from the batting that could ultimately turn the match in favour of either team.

There will be a rivalry within this rivalry between incumbent West Indies Test left-handed opener John Campbell, the Scorpions captain, and his predecessor Kieran Powell of the Hurricanes, which could be the spark the batting line-ups need.

There could also be fireworks in the bowling, where Jamaican leg-spinner Damion Jacobs, one of the Hurricanes’ draft choices, will be looking to prove himself against his former teammates in tandem with West Indies off-spinner Rahkeem Cornwall.

Jacobs has taken 192 Championship wickets and would relish getting the chance to get the eight scalps he needs for 200 against the Scorpions, who will be looking for another big performance from off-spinner Peat Salmon, their match-winner against the Jaguars.

All 10 matches between the two sides in the PCL era of the Championship have been won, with the Scorpions holding a 6-4 edge.

The Hurricanes will be reassured, however, that they can overcome the hosts on the road, having beaten them last year in this corresponding fixture, albeit at Sabina Park in the Jamaica capital of Kingston.

Pride are flying high following a big win against the Hurricanes that catapulted them to the top of the standings.

Collecting another huge haul of points to put distance between themselves and the remaining teams will be vital in their bid to be able to break the spell at the end of the Championship of being the bridesmaids for the last five seasons.

But the Pride could have their hands full with a Red Force side that wants to get their season back on track, after a couple of setbacks.

The visitors managed to hold onto a place in mid-table after the previous round, when the weather rendered their match against Volcanoes a draw.

This match too, has a number of sub-plots with the battle between the pacers of the Pride and the spinners of the Red Force likely to hold centre stage.

He has formed a lethal partnership with Keon Harding, the leading bowler overall in the Colonial Medical Super50 Cup this past November.

Holder and Harding have accounted for 32 wickets for the Pride, and with West Indies pacer Kemar Roach likely to return to the line-up, the Pride pace attack will have a razor-sharp edge.

But left-arm spinner Akeal Hosein and off-spinner Bryan Charles have caught the eyes of the senior West Indies selection panel in the recent past and they too, have been very effective for the Red Force this season, sharing 35 scalps.

This all means the batsmen on both teams will have to be at their very best. Red Force have accumulated the highest number of batting points this season and Pride the second highest, so it will be fascinating to see which side stands up to the test.

Pride hold the advantage in the head-to-head results, winning six of the 10 matches in the PCL era, but Red Force can hang their hopes on a victory in the 2016-17 season under the lights at this same venue.

Hetmyer has only played twice in the Championship in the past two seasons and the Jaguars, looking to regain stability following their loss in the previous round, will be glad to have him add depth to their batting.

Last season, he made 26 and 61 against these same opponents in his only appearance in an eight-wicket victory for the Jags on home soil at the Guyana National Stadium.

But it is the Spice Isle that provides the backdrop for this weekend’s contest, after the Daren Sammy Cricket Ground (DSCG) in St. Lucia had played hosts to the two teams for the last four seasons, and the Volcanoes will be hoping that the change of scenery means a change of fortunes for them against these opponents.

Volcanoes have not beaten the Jaguars, since Rawl Lewis’ side beat Travis Dowlin’s by 151 runs a little over 11 years ago at the Guyana National Stadium and this will be a huge motivation for them.

The main storyline will be if the home team can exploit any vulnerability of the visitors to break the drought or will the Jaguars roar back to life and send a strong message to the contenders for their throne.

Of the 10 matches between the two sides in the PCL era, Jaguars have won all but two – a draw four years ago at the DSCG and the first tied match ever in the Championship two years ago at the Guyana National Stadium.