BRIDGETOWN, Barbados – Fast bowling is hard, thankless work and it appeared that it had become near extinct in the West Indies Championship over the last two decades.

Slow, low pitches and a general need to increase over-rates meant that spin bowling became en vogue and the slow bowlers proliferated the top echelons of the bowling aggregates in the Championship during the period.

Six of the 10 bowlers at the halfway stage of the Championship this season are pacers, headed by Chemar Holder of current leaders Barbados Pride. 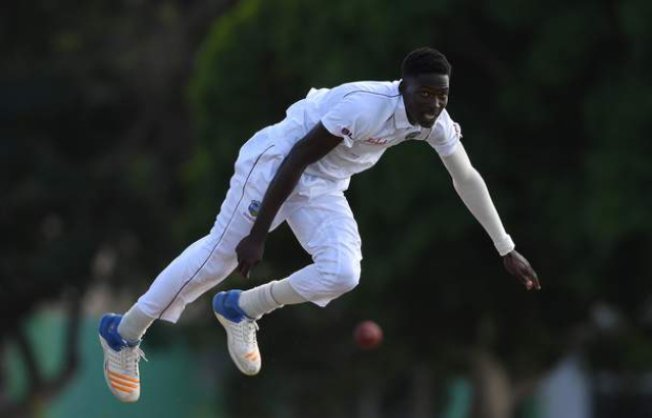 The former West Indies Under-19 World Cup-winning fast bowler has so far taken 24 wickets at 16.41 apiece in five matches.

The lanky Holder, 21, has formed a strong pace bowling attack for the Pride this season with West Indies pacer Kemar Roach and Keon Harding, the leading bowler in the Colonial Medical Insurance Super50 Cup this past November.

Harding has also stepped up with 23 wickets at 18.65 each in five matches and Roach has snared 13 at 16 in three games.

How do you feel about your bowling so far this season?

I believe that I am doing a good job. I am looking to take it one match at a time and working hard towards achieving my goals at the end of the season.

What's the reason behind your success this season?

I think it is all coming together for me now. All of the bowling and training I did from the Under-17 level and all the way up. All the help I got from the coaches along the way. All of the knowledge that they have shared has gone into making me the bowler I am today.

Was there any special work you did to prepare for the season?

One of the main things is bowling a fuller length. My natural length was always back-of-a-length, which is the length where many batsmen have to decide to play at the ball or leave alone. But hitting a fuller length was one of the areas I worked on and staying strong at the crease and pulling hard throughout my action. I also worked very hard on my overall fitness right throughout the past year and I think that hard is paying off for me right now.

What are your thoughts on the pitch conditions so far and what role have they played in your success?

All of the pitches on which we have played so far have had grass on them and a bit of bounce. Not all were totally bowler-friendly, but being a fast bowler and seeing grass on the pitches, it gave me greater motivation to keep going, even if there is a bit of inconsistent bounce, I know that if I put the ball in the right areas I will get the success for which I am looking.

What performance would you rate as your best so far?

For sure, the game against Jamaica Scorpions because I took 11 wickets and it was the first time I did something like that in a first-class match. The lengths that I bowled in that match were much fuller and it meant the work I had been doing was paying off.

How much confidence have you gained from that bowling performance?

My confidence is always high. Taking 11 wickets was an exciting achievement, but I always have confidence in myself whenever I am called upon to bowl, so I don’t think anything will change much after that performance.

What lessons learnt will you be using in the future?

The plans right now are very simple. Stay patient and consistent. It’s been working and that’s what I plan to continue doing for the rest of the season. The consistency is there. Maybe, I can work on being more consistent with the lengths, the lines are good, but I think most things are working the way I want them, right now.

What has it been bowling with Kemar Roach and Keon Harding?

It’s been good working with the two of them. I know that once I do well and they do well, the team is going to be successful. It is good to see that Keon, a young fast bowler like me, is also doing well and having Kemar, a Test player, who has played a fair amount of first-class matches, is also beneficial because he knows what to do and how to handle situations and has been sharing that knowledge with us. 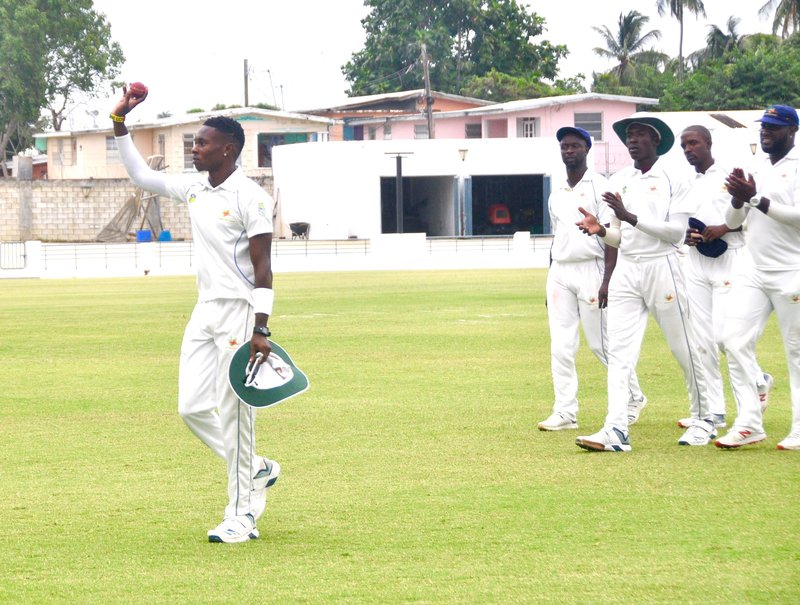 What's next with Pride currently leading the standings?

We are looking to stay on top of the table and win the Championship. Our plans remain practically the same from the beginning of the Championship unless something significant happens.

What are your personal goals for the second half of the Championship?

I am looking to end with 40 wickets and continue to bowl consistently well. Anything above 40 wickets would be a plus for me.