West Indies Women U19 set and ready for series opener 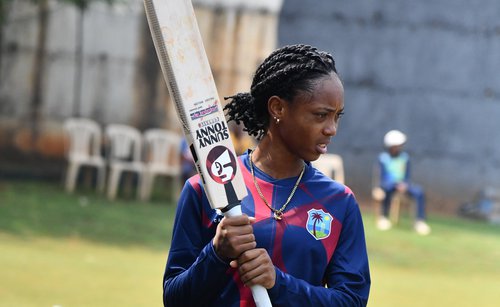 West Indies Women U19 set and ready for series opener

The West Indies Women’s Under-19 team have started their work ahead of the much-anticipated four-team tournament in the eastern coastal Indian city of Visakhapatnam. Since arriving earlier this week they had training sessions at the facilities at the Dr Y.S. Rajasekhara Reddy International Cricket Stadium where they will play the series against India 'A', India 'B' and Sri Lanka.

West Indies will then travel to Mumbai where they are due to face New Zealand Women U19 at the D.Y. Patil Stadium.

Head Coach Steve Liburd said the overall aim of the tour is to see the players improve on all areas as well as get vital preparation ahead of the ICC Women’s Under 19 T20 World Cup early next year. Before departure for India the team had trial matches and a camp in Trinidad. 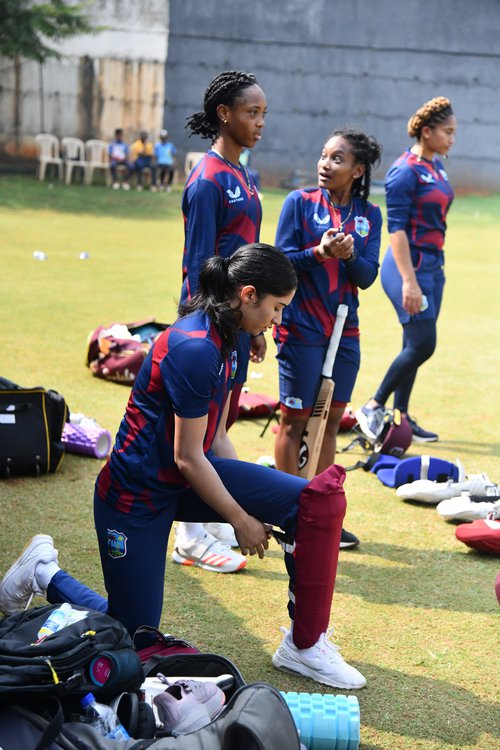 “Things have been going extremely well since we assembled in Trinidad. The first two days of camp were used to play trial matches. Following that we had skill sessions at the facilities at the National Cricket Centre. We focused on strike rotation against spin. We are trying to get the girls to understand from an early age how to use the depth of the crease, use of their feet, sweeping against spinners and just being more effective against spin. The overall aim for the girls is to be a bit more proactive especially during the middle phase of the innings, which we were stagnant before .. that's something we want to improve on,” Liburd said. “For this tour of India, it is very important towards their development. The aim is to show growth in all those things which I listed out, just to see where we are. We have the batting plans and we want to see how well we can implement them. Also, from a bowling point of view we also have some plans we want to see how well we can implement those. As a fielding group, the major aim is to see how we can affect the game and create opportunities to build pressure and take wickets. So, those are areas we are looking to judge or develop and see where we need to add and do better leading into the World Cup."

This series in the sub-continent will form a crucial part of the team’s preparations for the inaugural ICC Under-19 Women’s T20 World Cup 2023. The global event will feature 41 matches played from 14 to 29 January in South Africa.

The official warm-up matches will be from 9 to 11 January. The 16 participating teams will play in four groups in the preliminary round. West Indies have been drawn in Group C alongside New Zealand, Ireland and Indonesia.