Kraigg Brathwaite batted through the day for an invaluable 99 not out as the West Indies reached 287-7 at the close on the opening day of the second and final Sandals Test against Sri Lanka at the Sir Vivian Richards Stadium in Antigua on Monday.

Batting in sunglasses, the West Indies captain demonstrated patience and tenacity on a pitch which offered some assistance to the seam bowlers in the first session. Brathwaite’s innings has spanned six-and-a-half hours in which he faced 239 balls and struck 11 fours. He is on the verge of a ninth Test century – which would also be his second at this venue – the other was 121 against Bangladesh in 2018. 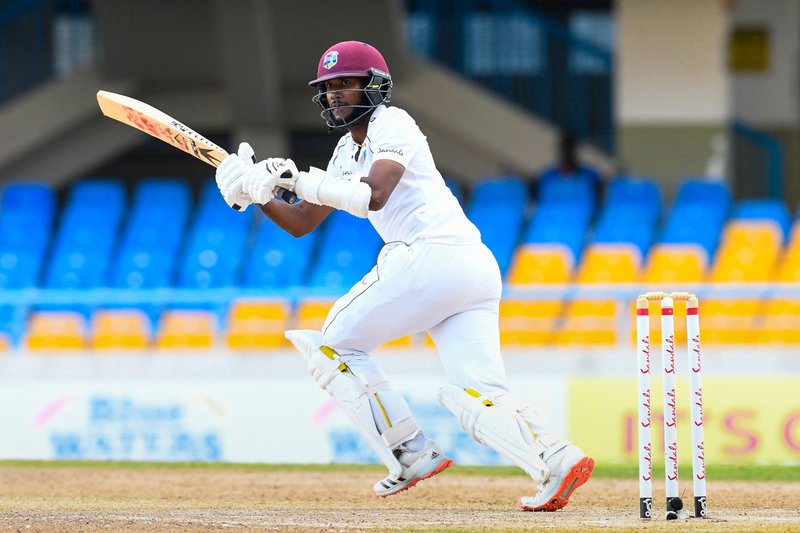 He held the innings together and shared the day’s honours with Saranga Lakmal had claimed two early wickets – John Campbell and Nkrumah Bonner and added another of Jermaine Blackwood to end the day with 3-71.

Brathwaite and Kyle Mayers had a third-wicket partnership of 71 as the left-handed made 49. West Indies slipped to 222-7 final session of the day, but Brathwaite found another resolute partner in Rahkeem Cornwall, who close unbeaten 43 in a partnership which has realised 65 runs so far for the eighth wicket. 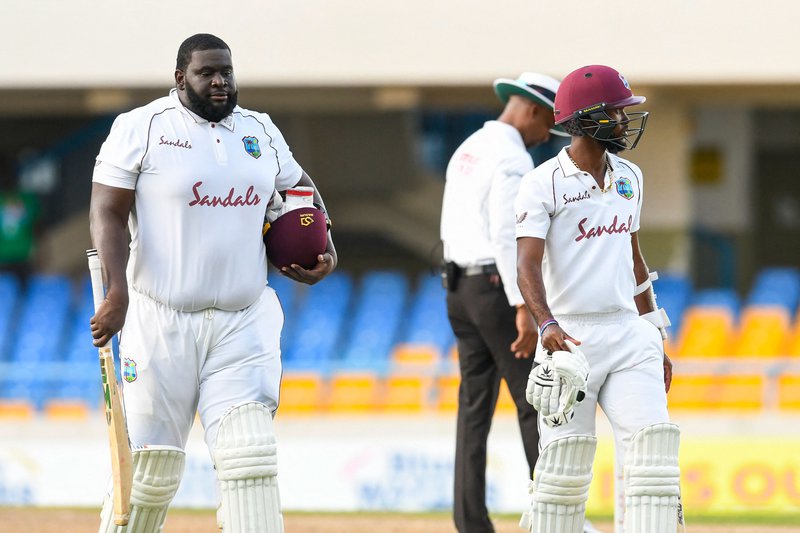 “Sri Lanka are a very disciplined bowling unit so for me it was about capitalising on the few bad balls and taking my time, letting the ball come to me,” Brathwaite said on the Sandals Player Zone after the day’s play. “I think we have lost two wickets too many, but I am still happy with the position although the first session on the second day will be crucial.”

The match continues on Tuesday at 10am (9am Jamaica Time).