BRATHWAITE DIGS IN AFTER MEHIDY'S TON

A maiden Test match century from Bangladesh lower-order batsman Mehidy Hasan kept West Indies at bay for most of the second day's play.

West Indies bowled well in the first session and had Bangladesh at 248-6 at one stage but Mehidy’s brave knock took the score to 430, as the last four wickets piled on 182 runs.

Coming in at Number 8, Mehidy top scored with 103 and was the last man out, caught by substitute Kavem Hodge off Rahkeem Cornwall. 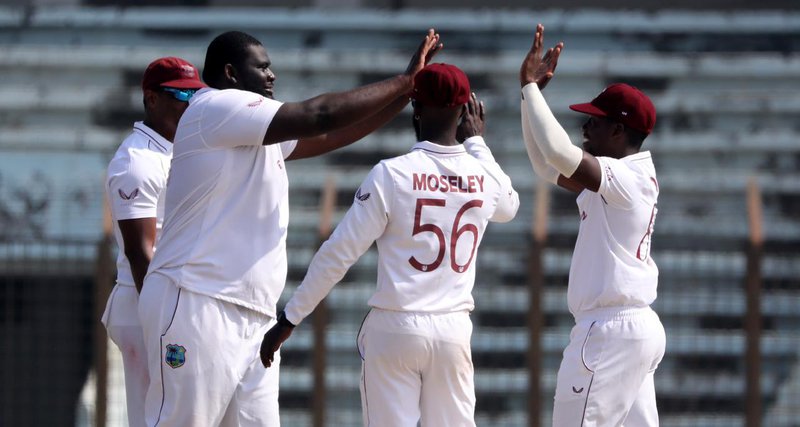 By the close of the day's play, West Indies reached 75-2 in 29 overs in reply. Captain Kraigg Brathwaite is unbeaten on 49 and with him is debutante Nkrumah Bonner on 17.

Brathwaite remained solid and composed but did not spare his arsenal of attacking shots as more than half of his runs came from seven classy boundaries. Bonner at the other end, showed no signs of nerves in his maiden knock alongside the skipper. 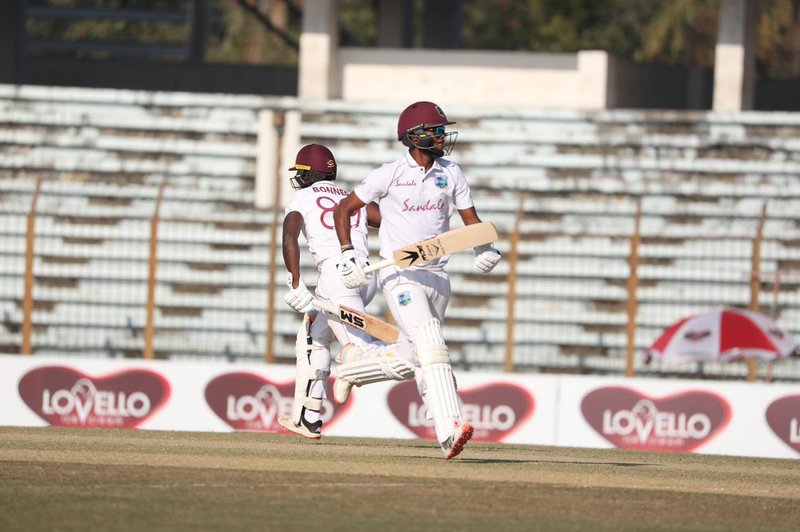 Earlier, all-rounder Shakib Al Hasan hit a patient but resolute half-century upon his return to Test cricket. He scored 68 before falling prey to the extra bounce off Cornwall. He was caught close on the off-side by captain Brathwaite

At the start of play, Liton Das had his stumps dismantled by left-arm spinner Jomel Warrican who ended the innings with 4-133 off 48 overs. He was the most successful bowler for West Indies in the first innings, making it the second time he secured a four-wicket haul at this venue. Back in 2018 when the two sides met, he bagged an impressive 4-62. 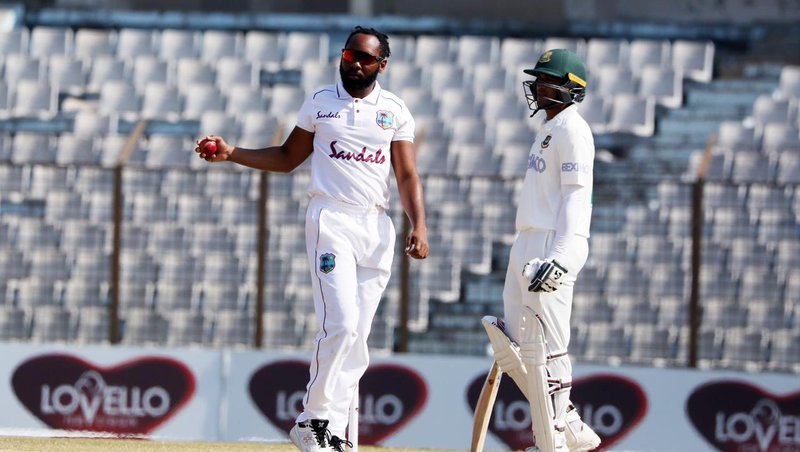 Cornwall scalped 2-114 off 42.2 overs as the two spinners toiled with some help from the seamers, Roach and Gabriel, who took a wicket each - and leg spinner Bonner who struck gold with his maiden wicket.