Left-arm spinner Jomel Warrican made a successful comeback to Test cricket as he took three important wickets. Playing his first International match in over a year, he claimed 3-58 off 24 overs to keep West Indies in the game. The home side won the toss and decided to bat and closed on 242-5. 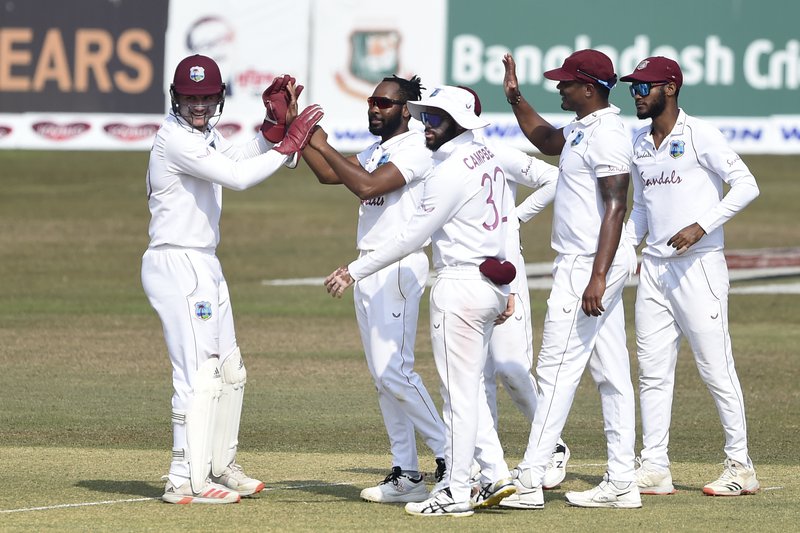 West Indies bowlers did well and had Bangladesh in trouble at 134-4 and later 193-5, but solid batting from Liton Das (34 not out) and Shakib al-Hasan (39 not out) helped them post just under 100 runs in the final session.

Earlier in the day, Tamim Iqbal was out to Kemar Roach for nine within the first hour. Roach, the most experienced West Indies bowler, delivered a full-length ball that sneaked between the bat and pad of Tamim and shattered his stumps. this took Roach to 205 Test wickets in his 61st match. He was also involved in the next wicket as his fielding and throw helped to run out Najmul Hossain for 25. 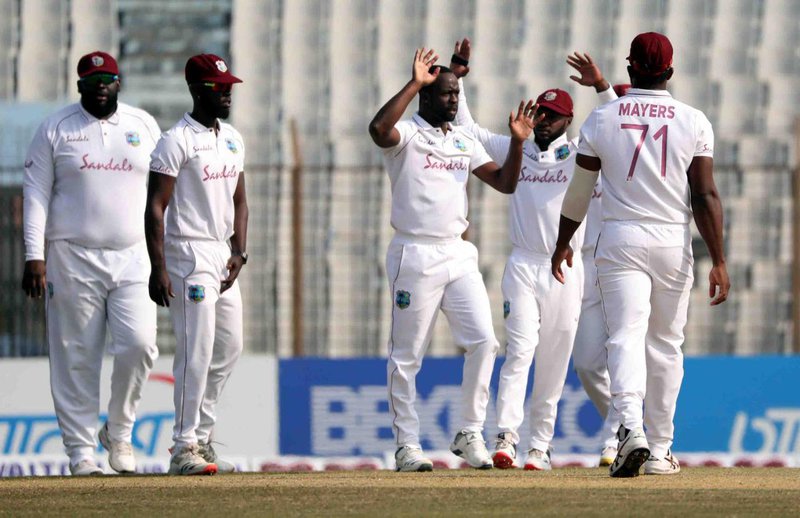 Warrican then came into the bowling attack and removed top scorer Shadman Islam (59). He also dismissed captain Mominul Haque (26) and experienced batsman Mishfiqur Rahim (38), who was well caught low down my Rahkeem Cornwall at slip. Warrican last played back in November, 2019 against Afghanistan in Lucknow, India and said he enjoyed his return to the top Test stage.

“Being disciplined and being accurate as well as setting the right fields worked for me. The pitch is very good for batting … as the ball got older you could see how good it is so we have to continue to work hard,… I had to be disciplined to build the pressure and keep that under three runs per over,” Warrican said.

Before the start of play the members of both teams took a knee in the continued fight against racism and inequality.