West Indies Women’s Rising Stars finished second in their group and have qualified for the next phase of the ICC Women’s U19 T20 World Cup. This now means they will face Rwanda Women U19 and England Women U19 with the hope of reaching the semifinal.

The first Super6s match will be on Sunday against the Rwandans at the NorthWest University ground in Potchefstroom. Then, next Wednesday they meet England at the JB Marks Oval in Potchefstroom.

Each team will play two fixtures in the Super 6s, with the top two sides in both groups qualifying for the semi-finals on 27 January. The final is scheduled for 29 January.

West Indies played their third Group C match on Thursday and were defeated by New Zealand Women by 10 wickets at JD Marks Oval. West Indies entered the with a perfect record following wins over Ireland and Indonesia. 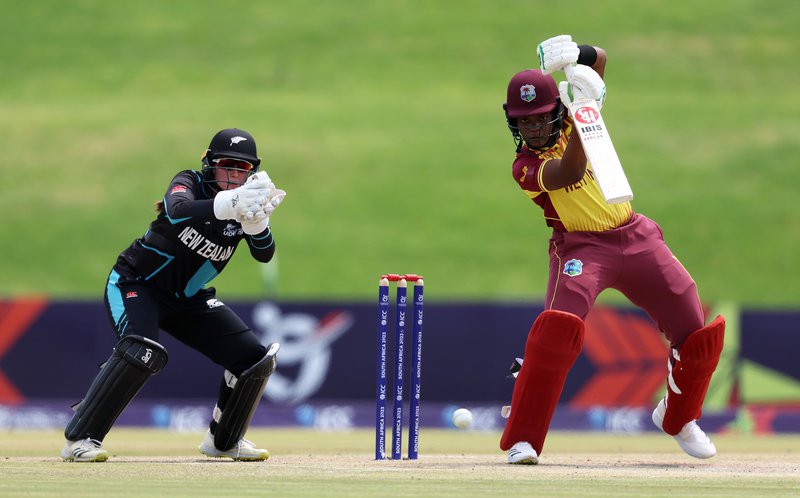 They batted first and were dismissed for 68 and the New Zealanders replied with 72-0 off 72 overs. Earnisha Fontaine was the only Rising Stars batter to get double figures, as she reached 11 not out, which included two boundaries. Kate Chandler was the pick of the bowlers from New Zealand, with of 4-2-18-3 followed by Abigail Hotton 4-0-10-2.

The New Zealand opening batters Anna Browning and Georgia Plimmer played well to reach the target. Browning (28 not out) struck four boundaries and Plimmer (41 not out) hit seven fours.

Despite the defeat, Head Coach Steve Liburd was pleased with the team’s performance in the group stage as they have advanced to the second phase. He said:

“Our focus now is the two games we have in the Super6s to secure one of the semi-final spots. One of the biggest positives is to see the girls continue their growth and development in their cricket journey in this tournament and after we leave South Africa.”