Can we get a smile 😊 It’s Test Match — can’t wait to get cracking on Wednesday in Perth #AUSvWI #MenInMaroon pic.twitter.com/xKdU78d0Ll

West Indies arrived in Perth on Sunday ahead of their first Test in the western city in over a decade. Kraigg Brathwaite and his team touched down on Sunday to the welcome sight on bright afternoon sunshine and temperatures in the high 20s.

Following two weeks of intense preparations in Canberra as they prepare for the tw0-match Test Series against Australia. While in the nation’s capitol city, West Indies had two warm-up matches against the ACT/NSW XI and the Australia Prime Minister’s XI.

On Sunday, they flew in from the south-east to the west coast and will now have two days in the nets under the guidance of head coach Phil Simmons, ahead of the start of the first Test at the Perth Stadium on Wednesday. They will also have gym and fitness sessions with Ronald Roger, the strength and conditioning coach. On Monday afternoon skipper Brathwaite joined Aussie skipper Pat Cummins for the official unveiling of the Frank Worrell trophy – named in honour of the legendary West Indies captain.

Speaking ahead of arrival in Perth, Simmons said: 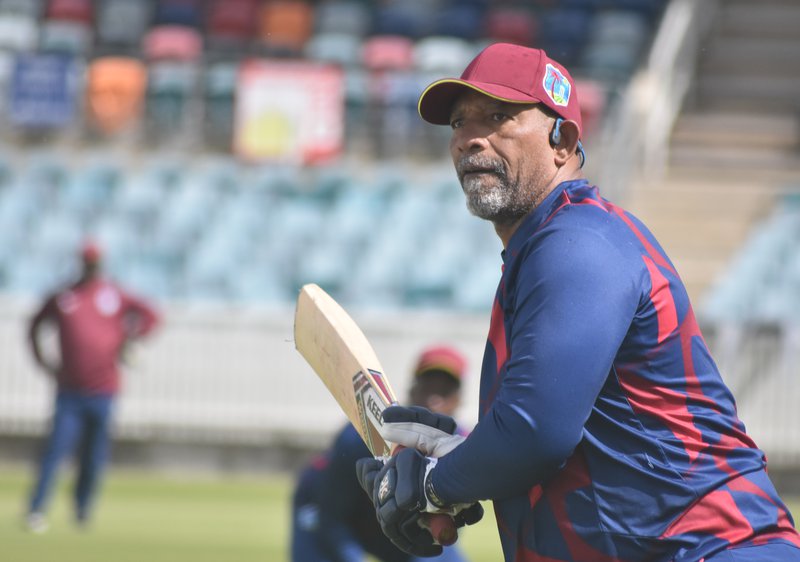 “the two weeks in Canberra was great. It was exactly what we were looking for. We got what we needed from the matches there. In the first match at Phillip Oval, the bowlers all had a decent work out, and in the first-class match with the pink ball, the match went down to the last over and the batsman all had a good time in the middle.”

“Now in Perth we have to put the final elements to our preparations. The weather is a bit different, we’re happy to see the sunshine and it’s a bit warmer, so we will have a look at the conditions and plan accordingly.”

Hello Perth! We have arrived!
Great to see the Honours Boards at the WACA Ground with some great West Indian on centre stage — we salute them 👏🏾#AUSvWI #MenInMaroon pic.twitter.com/JTNOPjA6Z5

West Indies last played a Test in Perth in December, 2009. On that occasion the visitors came within 35 runs of victory on the last day. This was in a large part due to a blistering century off 72 balls by skipper Chris Gayle who won the Man of the Match and Player of the Series awards.

Kemar Roach is the only member of the current touring party top have played back then. During that match he bowled with tremendous pace and forced Aussie legend Ricky Ponting to retire hurt with a blow to the hand.

The west Indies have an overall good record in Perth. The seven previous matches in the city were all played at the WACA Ground – West Indies won five and Australia won two.

The first, back in 1975 Roy Fredericks made 169 off 145 balls while skipper Clive Lloyd added 186 balls. This was followed by a seven-wick haul from Andy Roberts. The most famous West Indies moment came in 1993 when Curtly Ambrose produced the famous spell of seven wickets for one run on his way to 33 wickets in the five-match series.