SOUTHAMPTON, England – Members of the West Indies and England squads knelt and held clenched fists as they showed full support for and the fight against racism, inequality and injustice. Before Wednesday’s start to the #RaiseTheBat series at the Ageas Bowl in Southampton, both teams announced they would wear the Black Lives Matter logo on the collars of the playing shirts. 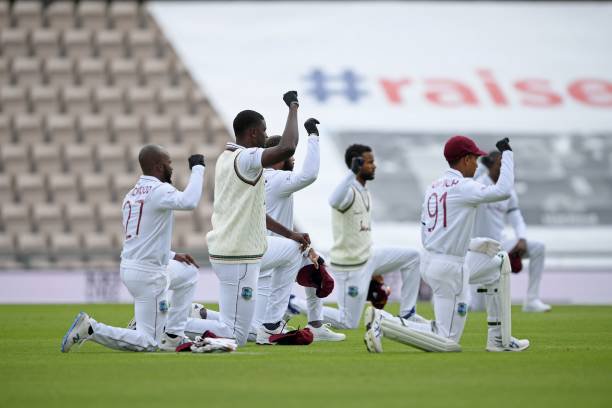 They further demonstrated support with the gesture on the field and on the boundary. All members of the West Indies squad also wore black gloves. In addition, a flag was flown over the team’s balcony with the composite logos of Cricket West Indies and Black Lives Matter on the traditional maroon background. 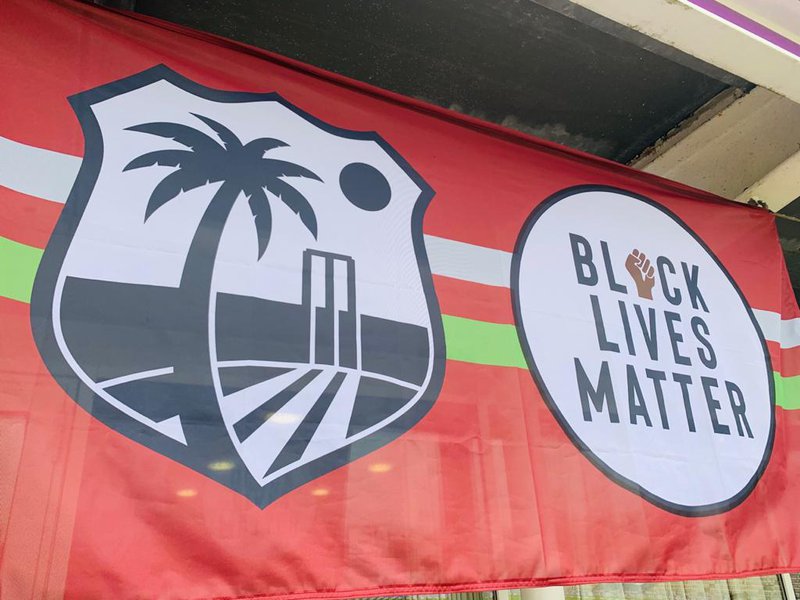 “It means a hell of a lot to all the players and all the staff on the tour. But it's not just about now, it's about life on the whole”.

The Black Lives Matter emblem was designed by Alisha Hosannah, the partner of Troy Deeney, the professional footballer and captain of Watford Football Club (who play in the English Premier League). He was contacted by CWI and permission was granted for the logo to be displayed on the collar according to ICC regulations. 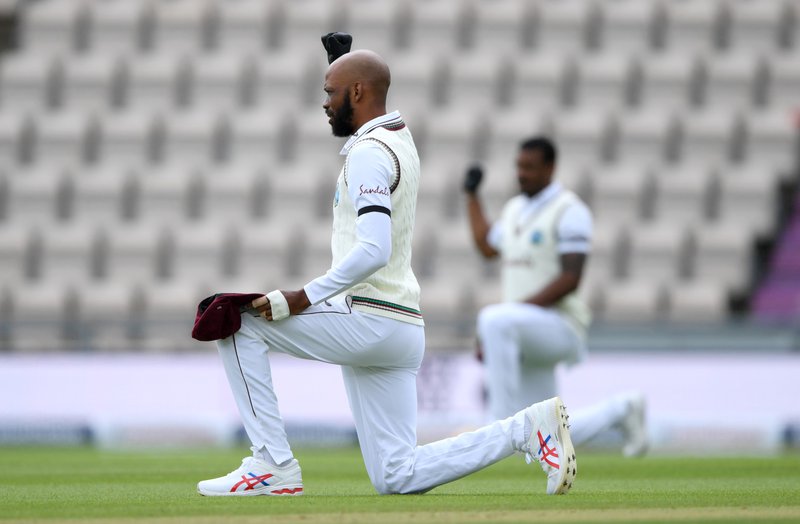 The logo has a clenched fist in place of the letter “A” in the word “Black”. It was also used on the shirts of all 20 Premier League clubs since football returned behind closed doors following the break for COVID-19.

"Until we educate the entire human race, this thing will not stop."