West Indies had another below par batting performance and fell to Bangladesh for the second match in a row. The visitors failed to combat the spin threat of the home side and lost by seven wickets, following their defeat by six wickets in the opening match last Wednesday at the same venue.

Rovman Powell was state standout batsman and played some brave strokes on both side of the wicket. He topscored with 41 as he tried to rescue the innings after it slipped to 88-8 in the 30th over. Left-handed opener Kjorn Ottley played fluently for 24 on his debut, while Nkrumah Bonner made 20. 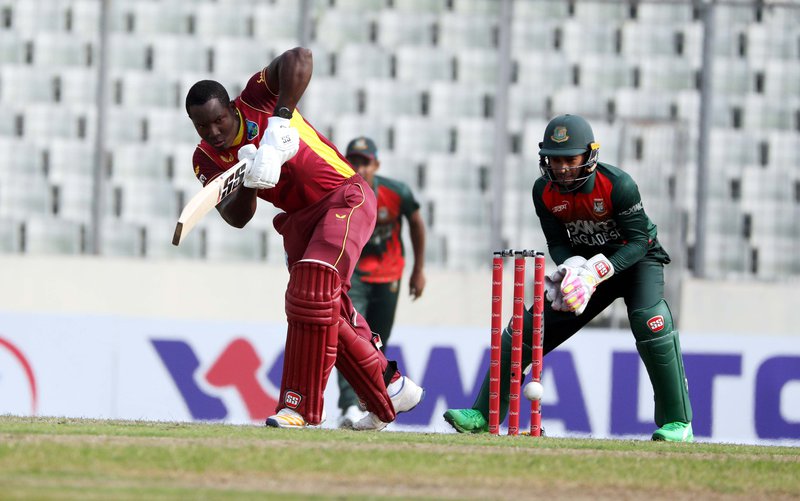 Powell faced 66 balls and hit two fours and a six before he was last man out. He shared two vital partnerships as the last two wickets added 50 runs -- 32 for the ninth wicket with Alzarri Joseph (17) and another 28 for the last wicket with Akeal Hosein (12 not out).

For the home side, off-spinner Mehidy Hasan took 4-25, the best figures of his ODI career, and was named Man-of-the-Match. Left-arm spinner Shakib al-Hasan bagged 2-30 off his 10 overs to following up his match-winning four-wicket haul in the opening contest.

In reply, Bangladesh were asked to score at less than three runs per over for victory and reached their target easily. Captain Tamim Iqbal topscored with 50 off 76 balls, while Shakib looked in good touch with an unbeaten 43 off 50 balls. 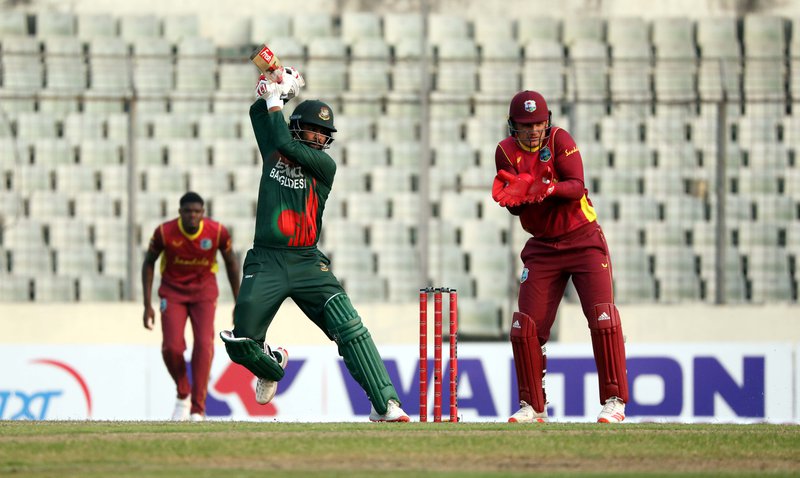 The match was second for both teams in the International Cricket Council’s ODI Super League. The home side secured another 10 points for their victory.

The teams will travel to Chattogram for the second third and final on Monday at the Zahur Ahmed Chowdhury Stadium. First ball 1:30am (12:30am Jamaica Time).