ST. JOHN’S, Antigua – The CWI Interim Selection Panel has named veteran opener Chris Gayle in the West Indies squad for the MyTeam11 Series against India which is co-sponsored by Skoda and Fena.

Left-handed opener John Campbell, fellow batsman Roston Chase and all-rounder Keemo Paul have all been recalled to the 14-member squad for the three-match series which will be contested on August 8 at the Guyana National Stadium, and on August 11 and 14 at the Queen’s Park Oval in Trinidad.

Gayle said prior to the ODI Series against England last March that he planned to retire following the ICC CWC 2019, but he had a change of mind during the tournament and has made himself available for this series. The self-proclaimed “Universe Boss” also has the extra motivation of two records for West Indies in this format to chase during the series.

“Chris is a very valuable player and he brings a lot of experience, a lot of knowledge, he lends a lot to any dressing room and it is great to have him in the squad,” said interim West Indies head coach Floyd Reifer.

Reifer said Campbell, Chase and Paul have been brought back to add more balance to the squad, whilst Sunil Ambris, Darren Bravo, Shannon Gabriel and Ashley Nurse have all missed out on selection for the matches against Virat Kohli’s side. The rest of the ICC CWC 2019 squad remains in place.

“We have a mixture of some experienced and young ODI players,” said Reifer. “It is good to have Keemo, John and Roston back, and they will help to bring further balance to the team. Looking ahead to the series, I think we have a lot to build upon following the World Cup. We have retained a large number of players from the World Cup squad, so there is a lot to build on and I am looking forward to the Series.”

“We have to start planning now for the World Cup in 2023 and we are looking for a solid squad that we can work with over the next four years. We want to build them into a consistent winning team in this format, so that they have a real chance of success in 4-years’ time. We had a number of young players in the last World Cup squad. We played some decent cricket. We were in match-winning positions, but we just didn’t win the key moments or finish off the games. The players have learnt a lot from the World Cup, and we are looking to improve their skills, their mindsets and playing together as a team. The more they can play together, the better it will be for them.” 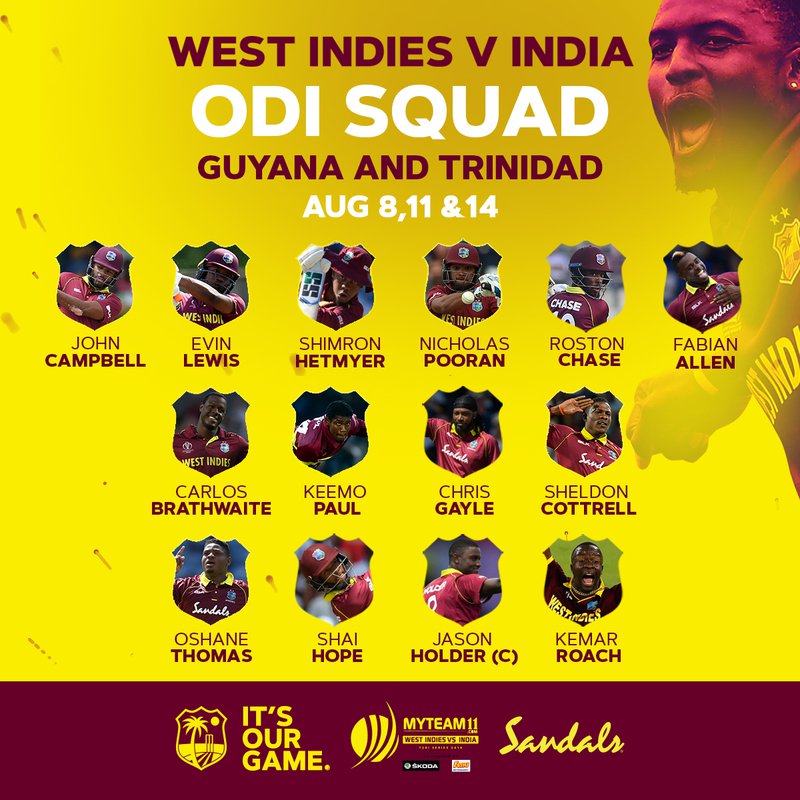 Tickets for the MyTeam11 ODI Series, co-sponsored by Skoda and Fena, are available for purchase here, or fans can purchase from ticket offices at the following locations: 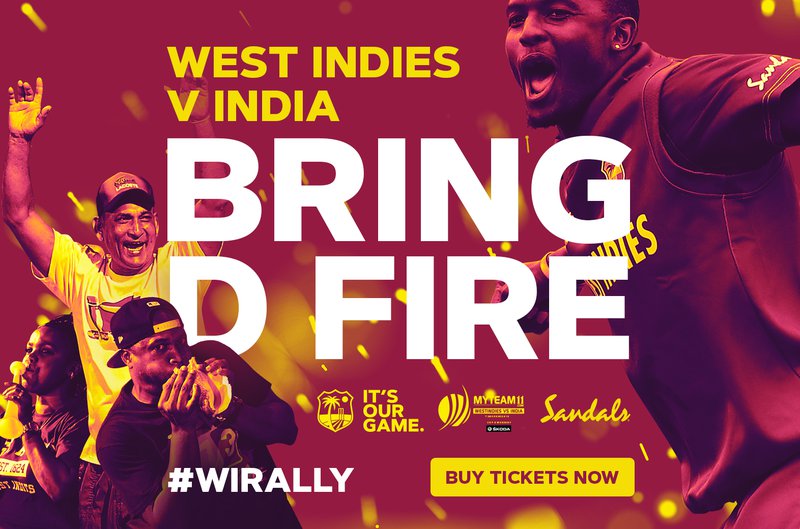